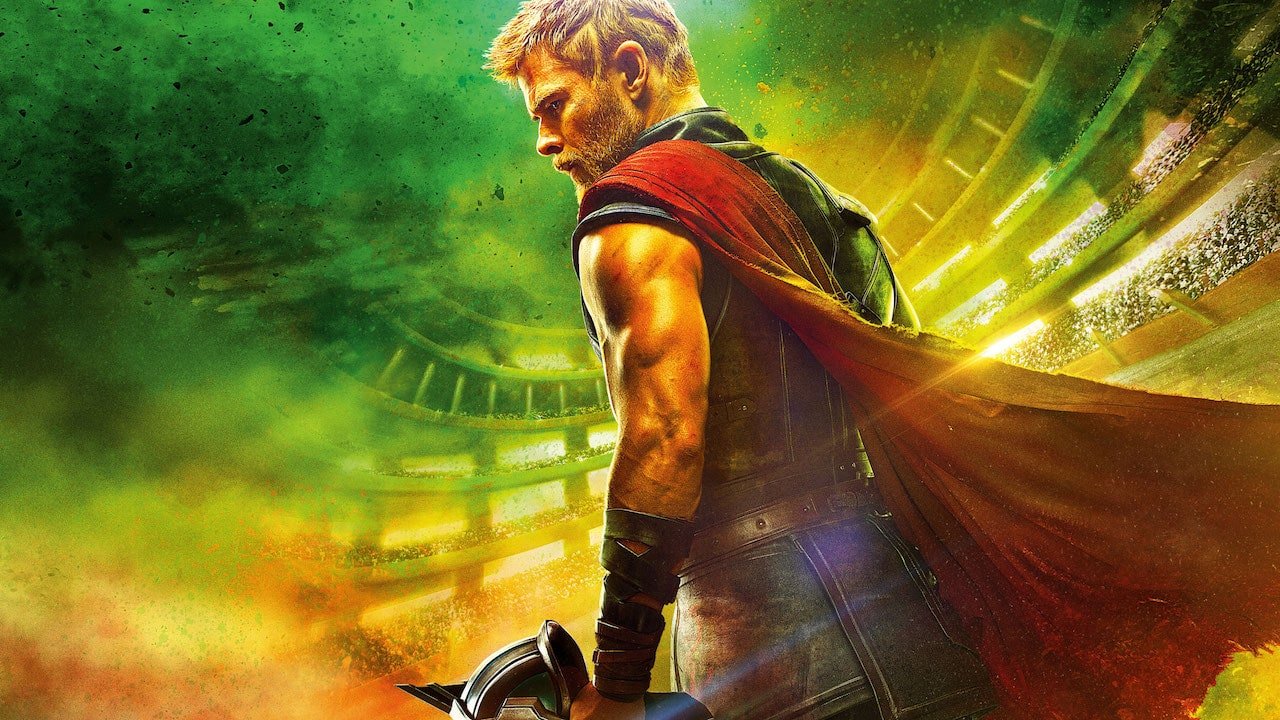 Despite the glorious success of the MCU over the last nine years, there has always been one franchise that’s been a bit of a slog. Sure, shove Thor into an Avengers ensemble and the guy will rattle off some good one-liners and throw down in a few fight scenes, but when it comes to his solo outings, Thor has consistently been a bit of a let-down. There are a few reasons why. First of all, there’s the Superman problem that the god (or alien in this continuity, I guess) is just way too powerful to ever face much of a threat. Then there’s the fact that his mythology is weighed down in heavy-handed histrionics and overly formal language in ways that don’t exactly scream “superhero fun!” The previous two Thor movies tried to level all that out with quippy and campy humour that never quite worked as well as the other Marvel blockbusters. The studio never seemed sure of what to do with Thor or the disposable love story that they trapped him in with an underserved Natalie Portman, with the heavily reshot Thor: The Dark World serving as the absolute nadir of the entire Marvel Cinematic Universe.

Thankfully, those days are over. For the third Thor outing, Marvel essentially tossed out all the old Thor problems, shoved the big guy (along with that other big guy, who is green) into a colourful Guardians of the Galaxy planet and let director Taika Waititi (What We Do in the Shadows) work his quirk comedy magic. As a result, we got quite possibly the funniest and certainly the silliest Marvel movie to date. To say it’s a massive improvement on the Thor letdowns of the past is an understatement. This isn’t just the first Thor blockbuster worth getting excited about, it’s also one of the most purely entertaining Marvel movies full stop. Is it perfect? Hell no! But then again, none of the Marvel movies are, and at least this one has enough belly laughs and psychedelic sci-fi imagery to entertain over the flaws.

The plot is a bit of a muddle though. The bulk of the first act is spent tidying up the mess left over from Thor: The Dark World. So Thor (Chris Hemsworth) stops Loki (Tom Hiddleston) from impersonating their father Odin (Anthony Hopkins) and in turn the real Odin reveals that they both have a sister named Hela (Cate Blanchett), the goddess of death. She pops up as soon as they speak her name—like Beetlejuice—instantly destroys Thor’s hammer, sends her brothers flying through the universe, and takes over Asgard. It’s all heavy-handed mythology that Waititi improves with delightfully absurdist humour and by giving his ace cast a chance to strut their stuff and act hard enough to smooth over the under-written script (while also cramming in an amusing cameo from a new MCU player). It all whisks by oddly quickly given that this is apparently what the previous two Thor movies have been building towards. However, that’s just because the Marvel writing team clearly decided it wasn’t enough to make this Thor movie watchable. So the middle hour of the movie diverts to essentially what is a fourth and superior Thor movie in the middle of the third one.

This is the one that has been flaunted in the trailers and represents some of the giddiest blockbuster fun to hit popcorn-shilling theatres all year. Thor crash lands on a strange alien planet run by a charmingly psychotic leader named the Grandmaster (played by Jeff Goldblum at his most Jeff Goldblumy and the guy steals the show). The Grandmaster runs intergalactic gladiatorial combat matches, so the only way for Thor to escape is to fight the current undefeated champion. It would have been an amazing surprise for audiences to discover that fighter is the Hulk (Mark Ruffalo) and the whole script was clearly structured around that satisfying twist. But the unfortunate realities of movie marketing meant that we all knew that before we even knew the movie’s title. Oh well. The good news is that their buddy comedy relationship is magical. Plus, alongside a drunken warrior with a secret (Tessa Thompson) and a hilariously polite and neurotic rock monster (voiced by Waititi himself), the duo might have what it takes to take down the Grandmaster and get off the god forsaken planet.

So, obviously that’s a hell of a lot of plot for a single Thor sequel. This really does play like two movies crammed into one, which leads to lumpy and butt-numbing pacing. However, it’s all worth it to see the big guy with the golden locks finally get a blockbuster as entertaining as all his Marvel brethren. Hemsworth is hilarious and potent in the movie, bumped down enough notches in terms of power and ego to feel vulnerable enough to get behind. Ruffalo is damn delightful as the Hulk and the pair are ceaselessly entertaining for every second they share on screen (especially since Ruffalo gets dialogue to play while Hulked out now). Taika Waititi’s love of small character comedy in high concept scenarios goes a long way in ensuring that the outlandishly oversized movie always feels fleet and character driven, while he gives ever single actor at least one big scene in which to shine (including Idris Elba, who I’m sure by now Marvel regrets locking into such a small role in their grand universe). Thor Ragnarok is a massive and lumbering movie that works best in the quiet scenes where actors (especially a scene-stealing Goldblum who will hopefully return in a later Marvel movie) provide the most magic.

Which is not to say that Thor Ragnarok is without action. Far from it, this flick is the most satisfying spectacle in the Thor franchise, filled with gloriously surreal 70’s sci-fi imagery and massive battle scenes that Waititi and the Marvel army weave in effortlessly (several times the big fights are backed by Led Zeppelin’s ‘Immigrant Song’ as well, which certainly doesn’t hurt). Sure, there are times when the overblown plot and overstuffed character count of Ragnarok is a bit much, but unlike previous Thor movies the problems are the exception and not the rule. For the most part, this is one of the most purely entertaining and satisfying Marvel movies to date.

Building off the back of all the studio’s previous hits, Thor Ragnarok is pure bubblegum entertainment in every way, executed with just enough heart by just the right talented actors and filmmakers to make it feel like more than mere dessert. It’s a blast, from the amusingly unexpected first frame to the last and unlike so many previous Marvel movies, there are actually consequences and big changes to the continuity by the time this ends. It really shouldn’t have been possible for the third Thor movie to be so damn fresh and entertaining, yet somehow that happened. We should all be grateful. Given how Thor’s big dumb series has gone in the past, it’s unlikely this magic trick will be repeated. Savour it while it lasts, people.

It’s not much of a compliment to say that Ranarok is the best Thor movie, so let’s also say it might be Marvel’s funniest flick as well. 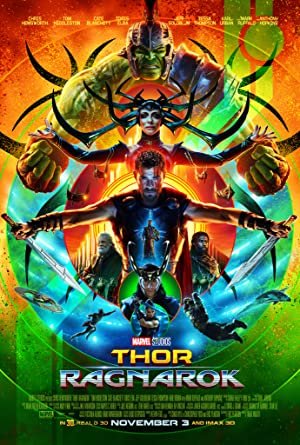