Thumbprint (Comic) Review: not all horror needs ghosts and ghouls 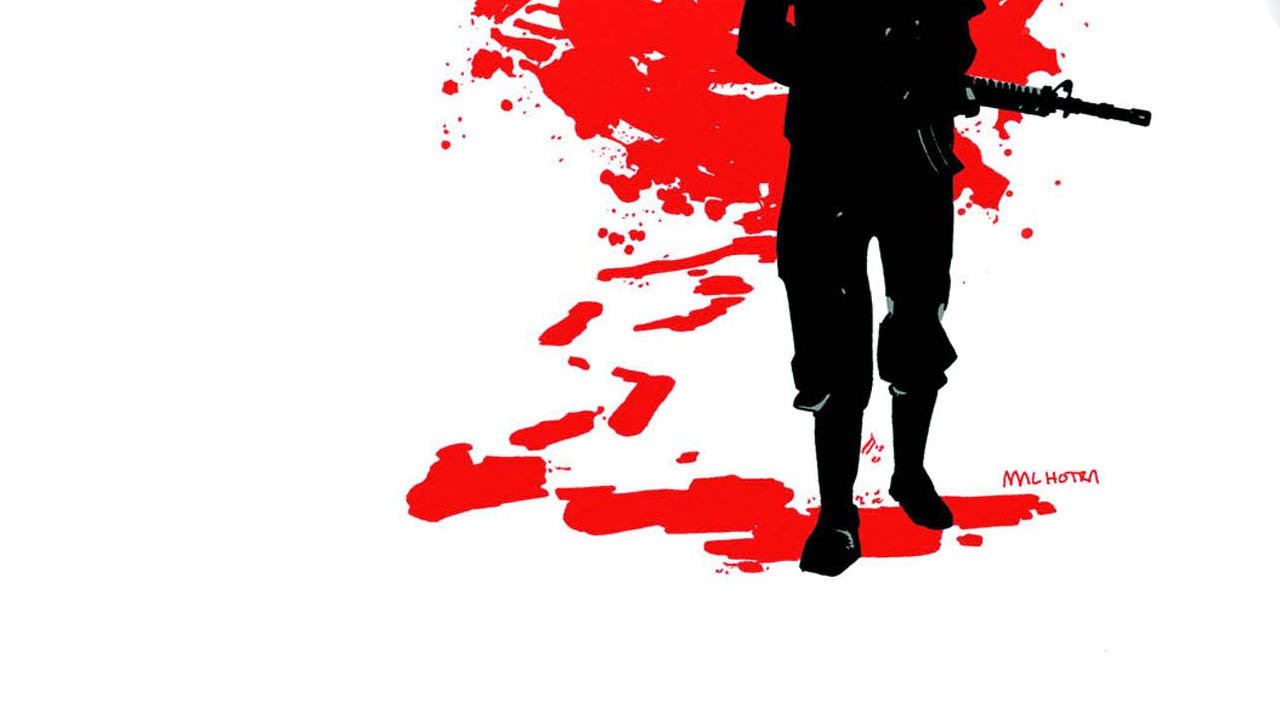 Thumbprint, a short new graphic novel, is adapted from Hill’s own short story of the same name. The original comic run was a scant three issues, but it was more than enough to tell a dark, mind bending horror story.

Joe Hill is known for many things, and not just for being the son of horror master Stephen King. He’s also made a name for himself as an outstanding writer of the macabre and is certainly poised to be one of this generation’s finest writers. His new adaptation of his own work is another fine example of his horror prowess.

Thumbprint, like much of both King and Hill’s work, proves horror can be found in many forms. It’s not always vampires and ghosts that haunt us, but for protagonist Mallory Grennan, it’s our own past that can haunt us most of all. She’s a recently returned army vet who gets caught up in the atrocities of Abu Ghraib. Luckily for her, the only thing tying her to the crimes is the toe of her boot in one photo. And her memories. She’s stayed out of the media and was able to slip back into her old life, but someone doesn’t want her to forget what she’s done.

The story flashes between Mallory’s present and past. As the story goes on we see Mallory had a strong hand to play in the ‘inquisition’ of prisoners and that she has done things that make her a very unsympathetic protagonist. Her present is not much better. She admits to herself she’s all but dead inside and there is little to make her feel human. There’s remorse for her actions, but it’s a struggle she might not be able to handle. While she struggles to find out how to deal with her own actions, she’s also struggling with transitioning back to civilian life, sexual harassment, and the ever impending feeling that someone is watching her.

Vic Malhotra’s art matches the tone of the story in haunting shadows. This is his first major book and he comes across as a seasoned pro.  He doesn’t shy away from the content of the story and the style works well with this dark tale. The palette used in Thumbprint is solemn greys and earthy browns with little deviation, but it works for the story the creators are telling.

Thumbprint is easily defined as a polarising tale. The characters are ambiguous and it’s dark in tone and nature, but a story like this certainly should be. The content is not for the faint of heart and at times paints with pretty broad strokes when it comes to the men and women in the US army. Thumbprint takes a stark look at the horrors that normal people are capable of, horrors of war that might be too much for some.

For readers who are looking for more Locke & Key, you’ll certainly be disappointed with Thumbprint. Forcing a comparison with Hill’s most successful graphic novel does a disservice to both books. Thumbprint deserves to be treated as its own entity, but the reader needs to be prepared for its soul sucking content.

Thumbprint isn’t for everyone, but people who aren’t afraid to take a look at the darker side of the human condition will definitely get a lot from this book by Hill, Ciaramella, and Malhotra.

Thumbprint, like much of both King and Hill’s work, proves horror can be found in many forms.