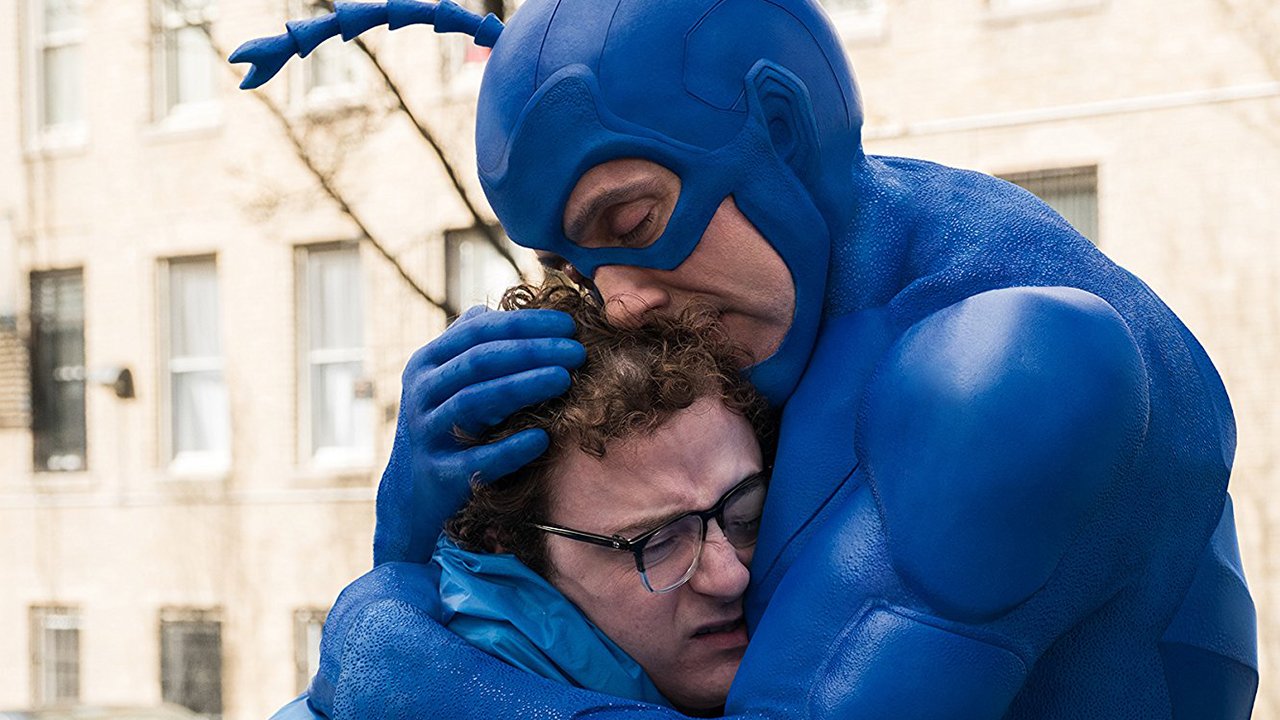 I’ve been waiting for a show like The Tick to come along. Often times comic book properties will take themselves too seriously, or go way too over-the-top to the point of pure parody, yet The Tick has always managed to hit that perfect stride. It’s the character that everyone needed, even if folks are still unaware of his presence. By all accounts, this show shouldn’t exist, but I’m glad Amazon took a chance on it.

To say The Tick started off rocky is an understatement. What we initially got with the pilot (which debuted an entire year before we got the first half of this inaugural season) was a sort of rudderless, high concept superhero project. Arthur, a troubled nobody, was dragged into the dealings of a dangerous crime syndicate and into the life of The Tick, a good-natured strong man, but there was just one problem—we didn’t actually know if The Tick was real or just a concoction of Arthur’s mental hardship. It was equal parts absurd and daring, and I’m glad they immediately cleared that up (to comedic effect) right after the first part of the season dropped because I’m not sure they could have kept that ruse going or done that idea justice.

The peerless optimism of The Tick and Arthur’s constant despair pair together just fine. The Tick is clueless, sure, but Peter Serafinowicz’s incredible performance evoking heroic Americana of old sells it, and in the process he creates a clear dichotomy between himself and the man who formerly took up the blue mantle, the actor born to play Tick, Patrick Warburton. The show’s humour is never one-sided and no one is safe from a good ribbing, which Serafinowicz plays into. When you have a badass mercenary that hides up in the rafters, is discovered by a civilian and responds “stop looking at me” without missing a beat, you know that anything is fair game. By the same token, a heated fight between a talking superhero dog and that same mercenary cyborg doesn’t feel out of place. It’s all about balance and restraint.

While I feel like the show struck that chord early on, the second part of the season is a clear uptick, at least initially. We’re getting more characters and given that one of the source material’s biggest strengths is its rogue gallery and swath of heroes, that’s only a good thing for a Tick adaptation if it’s done right—and it is. This expansion allows Jackie Earle Haley to slip further into the skin of The Terror, a villain that straddles the line of terrifyingly hilarious and actually terrifying. When The Tick gives a speech that would typically sound saccharine coming from another real-life actor or larger-than-life superhero, Serafinowicz makes us believe it. The Terror works just as well as an actual force of nature rather than just the legend he mostly was in the first half, and Arthur, after hearing The Tick’s incessant “you’re a hero” speeches for days on end, finally attempts to become one. The only part of the first season that really let me down was the final episode when everything wraps up just a little too conveniently without granting much agency or importance to the cast outside of Arthur.

Part of the reason for this show’s success is the casting department, which deserves a raise. Along with some relative newcomers we also have a bunch of incredibly hard-working career character actors coming along for the ride, and it’s high time they’re finally recognized. There’s also a minimal use of CG, which is more a by-product of the pragmatism of a low budget production but is also a blessing. The costuming department does a lot of the legwork, playing off of the aforementioned performances. The Tick’s slight antenna jerks (handled by a Jim Henson workshop puppeteer) coupled with Serafinowicz’s perplexed looks go together like wine and cheese. I can also appreciate the writing and that there isn’t an over-reliance on edge for the sake of it. Far too often scripts can fall into the over-the-top trap of “R-rated superheroes,” a folly that would have been possible on an off-network TV show like this but is swiftly avoided.

There were myriad reasons to be sceptical of this rendition of The Tick when it was announced. Amazon doesn’t have a lot of experience with superhero productions, the cast didn’t sound enticing on paper, and the iconic suit looked like a flop in promotional art. But just like the unlikely hero Arthur, everyone, from the performers to the crew, rose to the occasion. With Amazon cancelling shows left and right to pay for their Lord of the Rings deal it seemed like The Tick was next on the chopping block, but season two is already bought and paid for and I couldn’t be happier.

The Tick's first season is a triumph, a rarity in this era of oversaturated comic book adaptions. 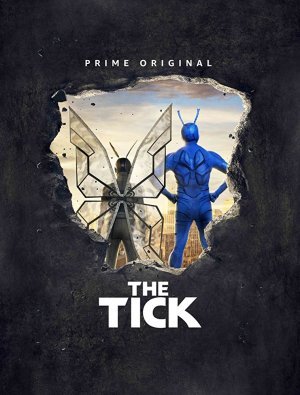