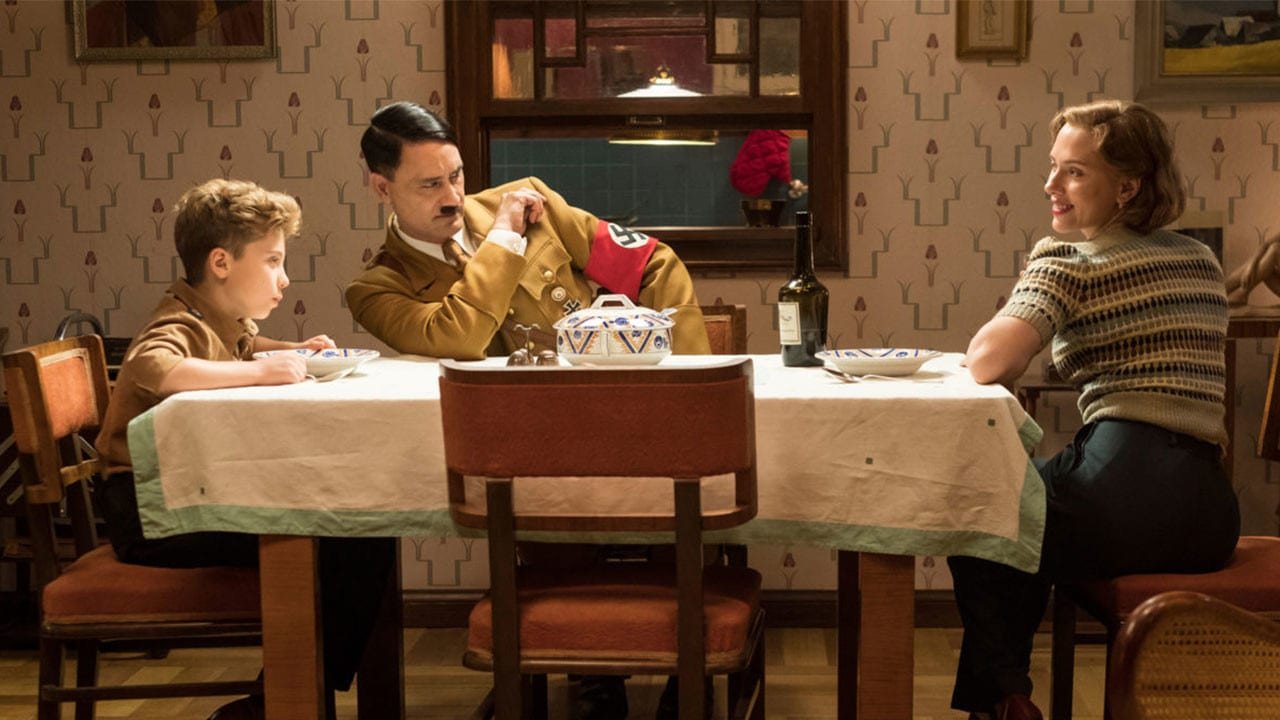 Satire can be a tricky beast. On one hand, it can be used to poke fun and feel back the veneer of hate-filled ideology. On the other hand, it can miss the mark, making for an uncomfortable watch. Thankfully, Taika Waititi‘s Jojo Rabbit manages to dance the line, making for an often irreverent but overall compelling look at Nazi Germany and the ideology it infused the youth with.

I do not envy Taika Waititi. Jojo Rabbit is a film that will be divisive among critics and audiences. That is hard to avoid when you are dealing with the sensitive topic of the Nazi regime. Making light of a group that has caused such pain, can be a challenge, and if done wrong, can easily backfire. Even with this challenge, Waititi takes the subject matter and weaves a tale that is ridiculous, brutal, and melancholy, but also filled with heart and a sense of fun that keeps you watching to the very end.

Jojo Rabbit follows the titular character Jojo (Roman Griffin Davis), a young 10-year-old boy growing up believing in Nazi doctrine. He is a proud member of the Hitler Youth, and even has an imaginary friend in the form of Adolf Hitler (Taika Waititi). When the young Jojo finds his mother Rosie (Scarlett Johansson) has been hiding a young Jewish girl named Elsa (Thomasin McKenzie) in their home, his world is turned upside down and his belief systems are thrown into question. The very introduction of Elsa is shot similar to a horror film, giving the audience a look into his indoctrination and how far from reality Jojo sits when the film picks up.

Waititi takes childlike innocence and twists it for Jojo Rabbit. This is a boy that believes in the very core principles of the Nazi party, as it is what he has known for most of his life and does not believe anything Hitler says could ever be wrong. Even the imaginary Hitler Jojo has conjured is what a child would view of their leader. Lacking any of the faults and serving having more basis as a cartoon than anything in reality.

Jojo Rabbit is the definition of a “mixed bag” though, as many of the elements undermine the core message the film is trying to convey.
Sam Rockwell and Rebel Wilson as Nazi officials add a much-needed touch to the proceedings, but also push it a little too far with some of the concepts, at times taking away much of the heart that was seen mere moments earlier.

What is not disappointing is the relationship between Elsa and Jojo. These two children work as the moral center of the film. Elsa takes Jojo under her wing, slowly dispelling the hate that has taken over much of his life. As she befriends him, the young Jojo finds his humanity and the truth of what his belief systems mean called into question. Waititi is not afraid to go right for the jugular with some concepts, creating gut-wrenching scenes that make the ridiculous nature of the Nazi party seem truly cruel and evil.

Not everything works with Jojo Rabbit, and it will throw many viewers off with some of its concepts. Yet it would not be satire if that was not the case. Waititi has crafted a complex, layered film that will keep you engaged even if it is difficult at times. When it works, it works well, and is worth the time for anyone looking for a satire that is not afraid to shed a few tears.

While not a perfect film, Taika Waititi has crafted a satire in Jojo Rabbit that is not afraid to go for the jugular and point out the lunacy of one of the most hateful ideologies in history. 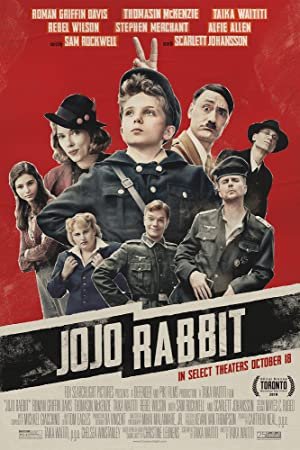