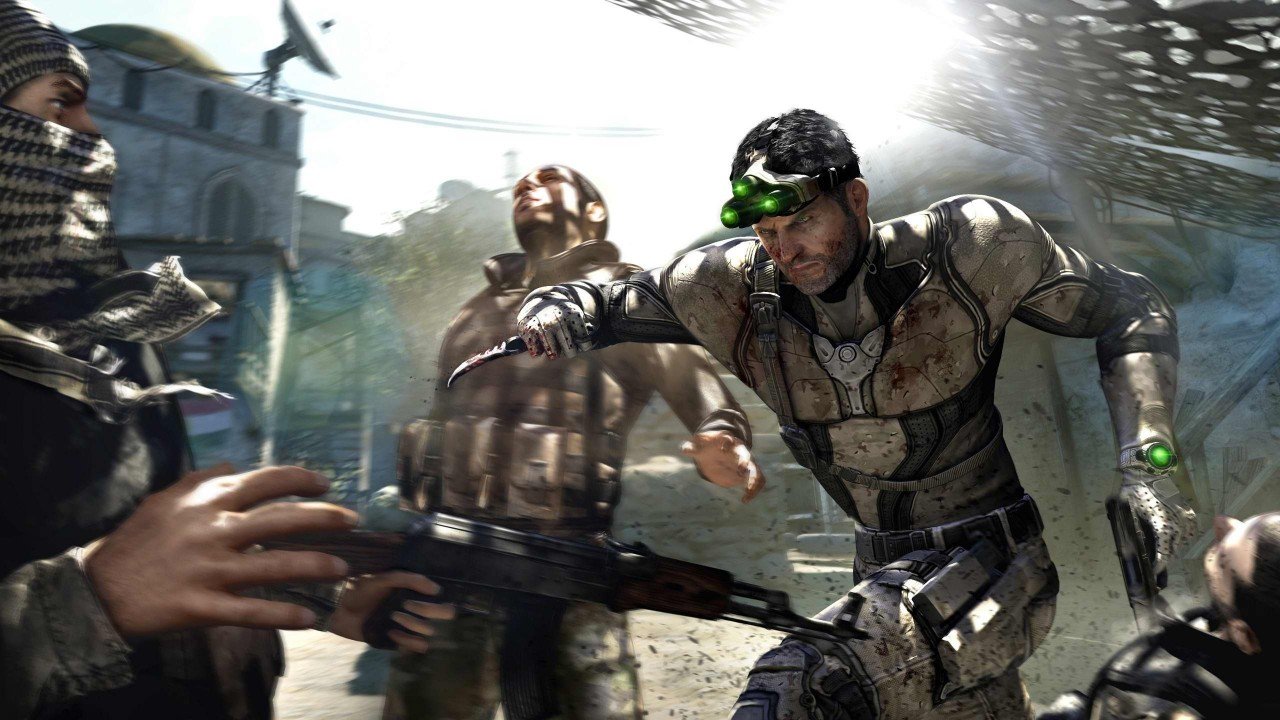 Break Out Your NVGs

It’s been quite a while since players got a “traditional” Splinter Cell game involving stealth suits, shooting lights and proper big budget military operations that are strictly hush-hush. Ubisoft tried something a little different with 2010’s Splinter Cell: Conviction, taking away Sam Fisher’s usual weapons and logistic support in favour of a “Rogue Agent” game. Blacklist returns to the old formula, but it’s still learned a few things from Conviction in the process.

Blacklist starts things off with Sam Fisher officially back in the loving arms of the American government and put in charge of Fourth Echelon, the new special ops, off-the-books organization that replaced Third Echelon after it went corrupt in the last game. This time Sam’s mission is to stop the eponymous Blacklist; a terror campaign run by the Engineers, a highly trained group demanding America remove troops from all the countries (over 100) in which it has a presence. America, of course, does not negotiate with terrorists, and so the jet-setting and light bulb shooting begins. Over the course of the game, there are twists, turns, an egregious use of acronyms and a vaguely unsettling notion that perhaps America is not always in the right. It might simply be because the game is made in Toronto, and not beholden to automatic patriotism of the USA, but while Sam is fighting for America’s interests, the portrayal of the government doesn’t always feel like this is a government worth fighting for. Bad decision-making, witch hunting paranoia, and even Sam Fisher himself constantly bucking orders to do what he feels is the right thing makes this fictional American government feel much like the real thing, which might actually be the point. Still, for those that play these games for a sense of moral security in doing the right thing for the right people, there may be a nagging sense of discomfort from the thinly veiled criticism that Ubisoft Toronto is making about the political system as we know it today.

As with past games in the series, Blacklist is still using the good ol’ Unreal engine. Veterans of the scene know what this means since the quirks of this engine are well documented at this point. Ubisoft, having a LOT of experience with it by this point manage to do a good job of keeping its more irksome characteristics under control. There’s still a bit of blurry texture pop up here and there, but it’s so rare that it really stands out on those occasions when you catch it. Screen tearing also rears its head from time to time but mostly in cut scenes. For 360 owners, there’s also an option to do both a full install of the game (it requires two discs on the 360) as well a choice to install an HD texture pack. If you’ve got approximately seven GB of free space sitting on your hard drive, it is HIGHLY recommended that you go this route as it brings the game more in line with the PC version that Ubisoft has wisely used to demo the game whenever possible at preview events. As always with Ubisoft, the art team impresses, with some detailed environments that sport a lot of variety; you’re never going to confuse a rundown tenement in the Middle East with a top of the line, hardened American defense bunker for VIPs. As to be expected from a Splinter Cell game, a lot of this hard work—particularly color—will probably go unnoticed as gameplay occurs largely in the dark, with the green tint of passive night vision goggles.

With the audio, Ubisoft has mostly played it safe. Signature sounds like the night sight warming up are a comfort to fans, but the big change here is the loss of Michael Ironside as the voice of Sam Fisher. Eric Johnson, of Smallville fame, takes up the gruff voice and motion capture duties for Sam this time around, and he manages to do a decent enough sound-alike with a legitimately decent performance that most players will probably adjust. The Ironside faithful may never be able to accept the change, but it’s not a bad one. The music, like many games these days, embraces some dubstep influences with heavy, synth beats and sounds, and it is always, ALWAYS serious. There’s nothing light hearted or dance-y about the soundtrack here. Another nice touch is the multi-directional sound for those with the set up to take advantage of it. Players with a more covert style of play will appreciate how accurate directional sound is here with everything from conversations of enemies to the electric whirr of drones coming in crisply from dedicated speakers. Lack of Ironside notwithstanding, the performance of the music, actors and sound effects in Blacklist is topnotch.

In many ways, Blacklist is a return to the old school Splinter Cell that series fans are more familiar with, only keeping a few of the mechanics from the last game. Sam is back in a stealth ops suit, with NVGs on his head, and Anna Grímsdóttir is once again doing handling duties. Many of the series conventions make a comeback, like infiltrating bases, shooting out lights, hiding in shadows, and taking out unsuspecting guards by clambering onto pipes on the ceiling and ambushing them as they walk underneath. But there are still a few traces of Conviction present in the game, such as the “mark and execute” feature which allows Sam to tag three enemies and—if they’re all in range—hit one button to stylishly shoot them all down.

However, the game largely feels like a way to lure back the series traditionalists who may have been put off by Conviction’s radical departures from the series norm. In many ways, Blacklist is a compromise between the more mainstream players that want easy, power fantasy action regardless of the genre, and the tried and true, stealth-oriented Splinter Cell fans that want to see if they can get through a level unseen without a single casualty in to show for it.

The biggest evidence of this is the three new playstyles the game has categorized, Ghost, Panther and Assault. At the end of each level, players are graded and paid out reward money based on their performance in these playstyles. Ghost is for the hardest of the hardcore, playing without casualties or detection. Panther is a mixed style, in which stealth is key, but so is killing enemies. Assault is a traditional, third person combat style, with aggressive shooting, and no concern for being detected. It’s the style that pays out the least in terms of reward money, but is also the most viable for Conviction-esque techniques like the new “Killing in Motion” mechanic. The game doesn’t lock players into one playstyle, so a primarily Ghost player can still make a mistake here and there, meaning that when the level is complete and the game grades performance. There will be a big chunk of Ghost points at mission summary, plus a few Panther or Assault points for the odd occasion when Sam is discovered and had to quickly take someone out.

It’s here that Ubisoft’s dilemma is clear; on one hand, the game still rewards players for stealth, skewing the gadgets and payout heavily in favour of those that go undetected. On the other hand, in order to make stealth—and even balls to the wall action—more accessible to those that don’t normally play Splinter Cell games, the dreaded word “accessibility” has reared its ugly head. On normal difficulty level, Blacklist is more generous with checkpoints, the detection window for guards to spot Sam when he’s out of cover, and even the allocation of ammo boxes for restocking. In other words, the game has made it easier to play in the Ghost or Panther style by making it easier to not be seen by guards, encouraging liberal use of gadgets because it’s unlikely players will actually run out, and widening the margin for error with more checkpoints to reload back to and try again. Once again, series traditionalists may take issue with all the apparent training wheels that have been grafted onto a franchise once considered demanding and precise. However, it does do the job of inviting the less familiar to experiment with these less straightforward playstyles. As far as running and gunning goes, it’s viable for the most part, but ignores many of the fun gadgets Ubisoft has laid out, and there are a few levels here and there where the game makes stealth—and even no kills—mandatory, forcing even die hard shooters to learn the nuances of sneaking and misdirection.

RPG-lite systems are also in place, with the reward money from missions being used as XP to purchase upgrades. Sam himself doesn’t level up, but his equipment does. Stealth suit upgrades, new weapons, new equipment and upgrades to that equipment can do everything from buff up Sam’s ability to absorb damage or allow him to control a mini-rotor drone for recon and even stunning enemies remotely. This RPG-esque sense of upgrading also carries over to the Paladin, Fisher’s aerial HQ. In a nod to Mass Effect, Sam can talk to his crewmembers between missions, even call home to his daughter Sarah, and use some of the reward money to upgrade aspects of the Paladin. Upgrading the cockpit, for example, gives Sam radar, while upgrading the sick bay increases his health regeneration speed while in missions. It all gets expensive pretty quickly, but additional money can be made through optional side missions given out by Sam’s crew, some of which yield new gear upon completion of a “series,” almost like the loyalty missions from Mass Effect.

Finally, there is the multiplayer, which comes in two flavors. There is cooperative, which can be used on optional missions in the main game, even locally in split screen. Then there is competitive, with which brings back “Spies versus Mercs,” and a more traditional death match mode. Spies versus Mercs—essentially a two-versus-two mode—is still just as fun as it was in back in the Chaos Theory days and will enjoy a lengthy life in the hands of friends that are also fans of Splinter Cell. The competitive modes are surprisingly playable, thanks to the now standard COD-style leveling up and the mix of the Spies versus Mercs mechanics into the different modes, though it’s hard to see any substantial audience for these modes remaining once this year’s inevitable Call of Duty game weighs into the scene.

At the end of it all, Splinter Cell: Blacklist is a game that will be welcomed by established fans of the series, but it’s not an uncontested victory. Concessions have been made to ease a new audience into the stealth genre, which might be viewed as “dumbing down” by old hands. The story, while workable, is not memorable, and the multiplayer while fun, will not be stealing anyone from Call of Duty. But the fundamental DNA of a Splinter Cell game is in here, and even if it’s easier than before, it’s no less satisfying to hold onto a pipe and ambush a goon from above as he checks out why that light bulb suddenly popped.

Splinter Cell: Blacklist is a game that will be welcomed by established fans of the series, but it’s not an uncontested victory. 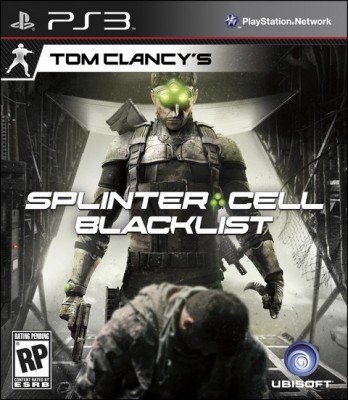