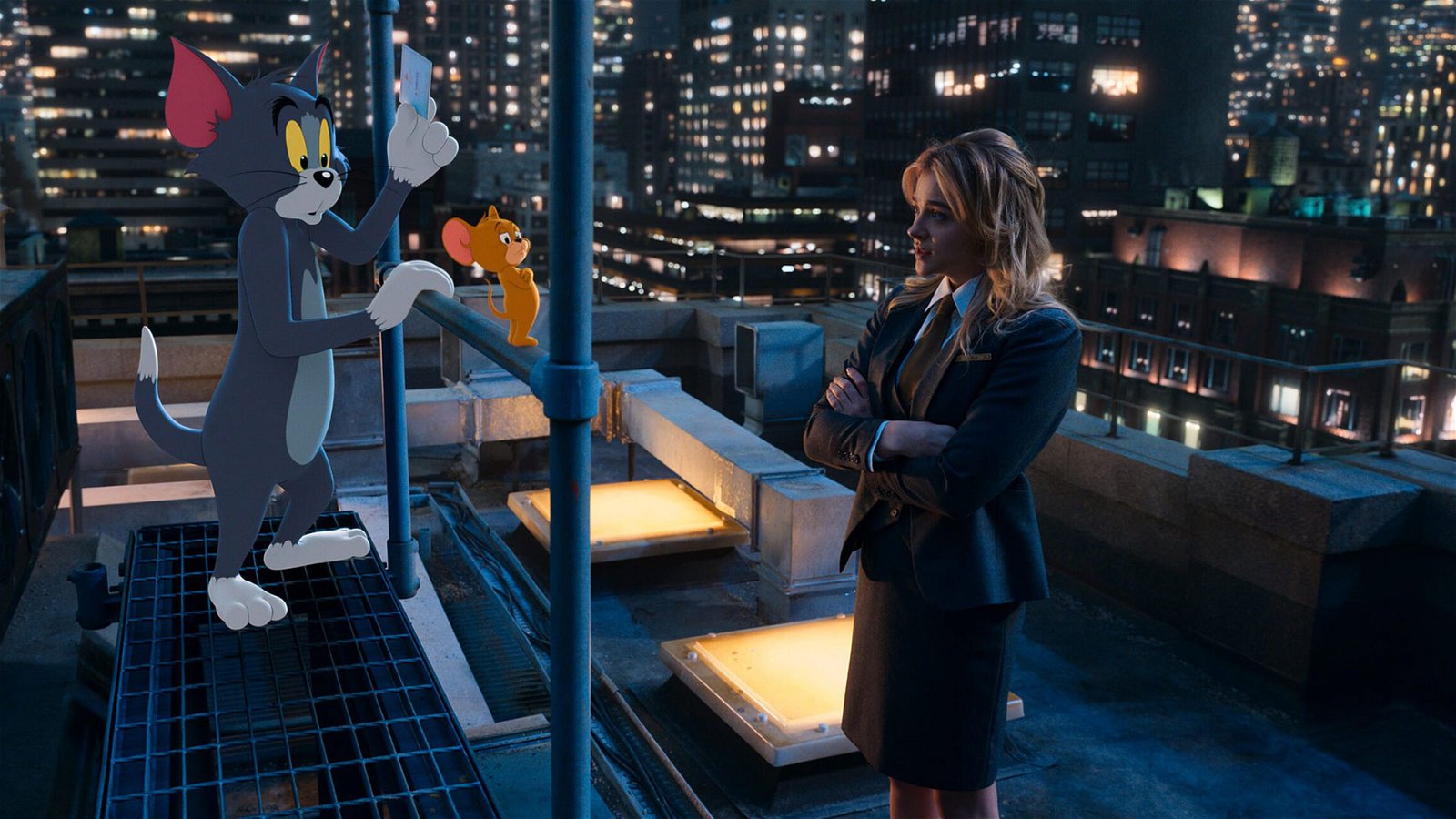 Seeing “Tim Story” on a poster can scare some people away from a film. There’s a certain charm to a few of his projects, but a lot of that can be chalked up to the charismatic casts within. Having two cartoons that barely talk isn’t a great way to hide that.

Tom & Jerry, in one of the most bizarre IP revivals yet, mostly falls flat in serving anyone: aging fans of the classics, or younger newcomers. In this world cartoons kind of just…exist, and not a lot of thought goes into what that might entail.

To the film’s credit, you get to see how the beef starts between the titular characters (Jerry ruins Tom’s efforts to solicit money in central park as a fake blind keyboard player), but that’s about as much world-building as you’re going to get.

The problem is that this isn’t a cartoons-first film. It’s about how a street-smart youngster is intertwined with Tom and Jerry’s lives amid the backdrop of a fancy hotel.

The more I watched it, the more I started tuning it out. At one point I had to rewind because I had completely dozed off, despite focusing my full attention on watching it. There just isn’t a lot of heart involved, period. Tim Story and company weave in pointless musical interludes that do not feel connected whatsoever to the story at hand, and jump in and out of character arcs that don’t have any sense of a fulfilling resolution.

Michael Pena (who plays an absurdist straight man and foil) is one of the only funny parts of the human side of the film. Chloë Grace Moretz is as charming as ever, but her character has no depth to it. Sadly, Tom & Jerry doesn’t even succeed as a slapstick trip through memory lane. There’s basically one honest to goodness scene where the iconic duo are fighting and it feels like the classic cartoons. It’s a brief few minutes of smiles, and then I’m back to a cold gaze. The soundtrack, consisting mostly of “commercial music on the Kids WB channel” fare, does nothing to pull me out of that lull.

With better direction and a punchier script, this could have been the chance for WB to revitalize an old property for a new generation all over again. Yet, Tom & Jerry is the definition of merely “watchable.” There’s very little reason for the cartoons to be there, and when you strip it down, it’s a rental you’d pick up in a ‘90s Blockbuster after all of the other stuff you want is out of stock.

With a distinct lack of Tom & Jerry charm, this film misses its chance to be a modern day Roger Rabbit. 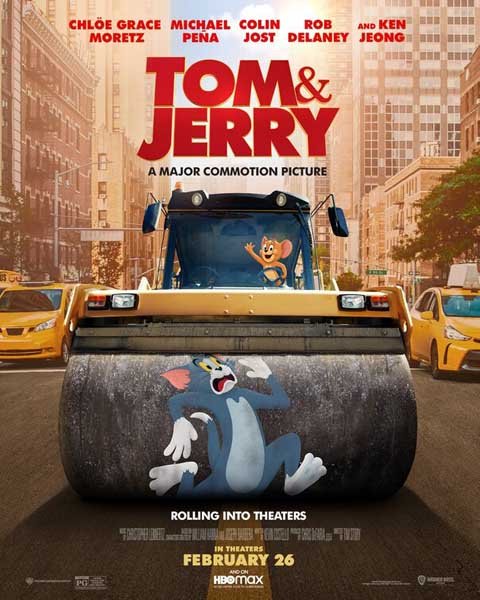