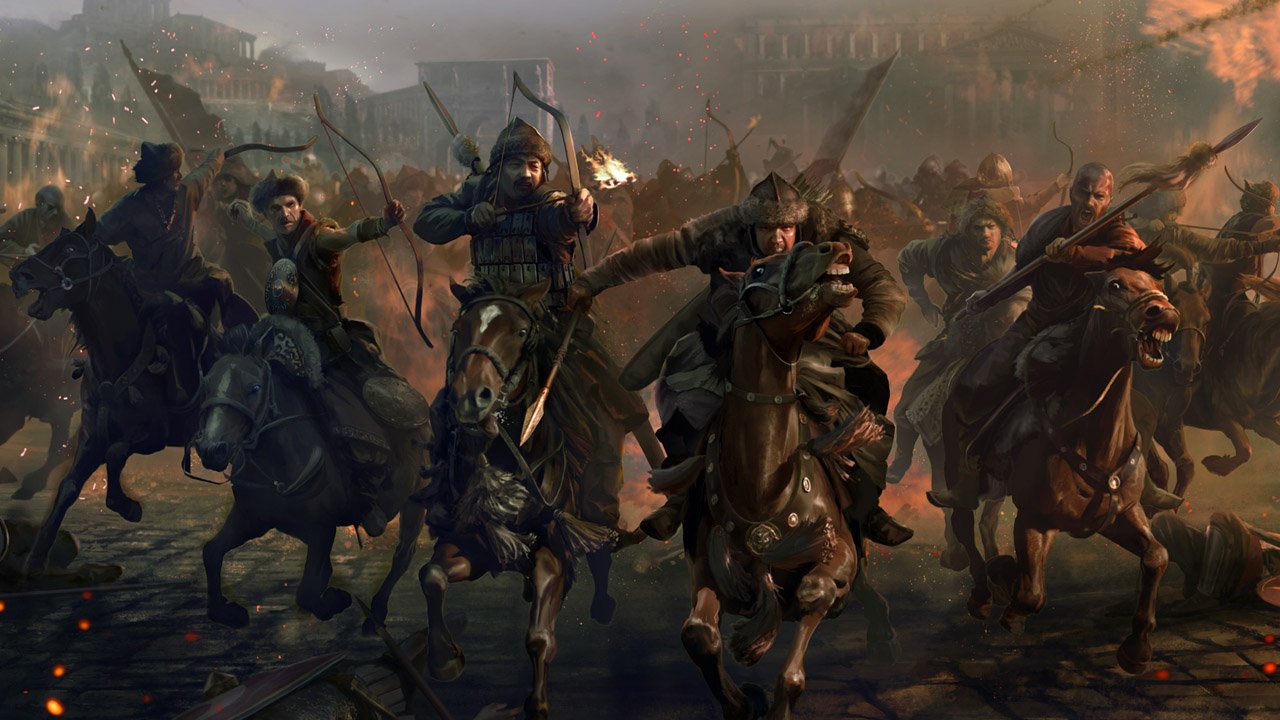 Strategy games can afford to be slow. In the world of fast-paced action and expedient RPGs, there’s a place for games that take their time. Strategy benefits greatly from a slower pace, particularly on single-player experiences where the player can take their time to relax if necessary. Hybrid turn-based/real-time games like Total War require a proper balance of this, and Attila seems a tad on the slow side – the multiple mechanics tending to slow everything down.
This historical strategy game is set during the time of Attila the Hun, around the turn of the fourth century, allowing you to play most of the factions of the Western world, from the nomadic Huns to the two fragments of the great Roman Empire, from the Viking lands to the middle-eastern empire of the Shah. All of these factions are playable in grand campaigns lasting over the years, divided into ‘Chapters’ defined by periods of time. The game’s mission system comes in three flavours – the Chapter missions, which last a pre-set amount of years and have several bonus missions based around the history of the factions (that grant money bonuses to you). There’s also random missions with goals such as taking a city, destroying a faction, or building a certain structure in your city, and an overall “Victory” tree that have several complex and ambitious sets of goals, that will result in your beating the game. These missions serve to motivate you on your quest for conquest, and give you direction in dealing with its multiple systems.

I would rate this game on par with Civilization in terms of complexity – that and Dragon Commander are my main experience with games of this calibre. I did find it somewhat daunting to play this game and learn the system, if only because the Prologue – a mini-campaign functioning as a tutorial – is so awful. It deliberately locks game features and requires you to complete specific missions to open those elements – which can be easily broken when other factions do things like obliterate cities you need to capture or sack. There’s an advisor in the main game who explains game mechanics, though he tends to be somewhat erratic in what info he decides to give you – he’s otherwise quite helpful as describing situations and game mechanics. There is, of course, an encyclopedia of all the in-game mechanics and elements, but I found it loaded slowly takes some time to navigate. In the end, I tried learning some things by trial and error, but the broken missions in the Prologue bothered me. In the main game, missions can become impossible if the target is destroyed, and I even had completed goals become undone by the NPCs (such as my attempt to unite the Vikings foiled by one of the kingdoms packing up and becoming nomadic). Since such bonus goals only pay out when the chapter ends, it gives a degree of challenge to the game.
Sadly, I never played Crusader Kings, knowing it only through my History-majoring roommates, so I won’t be making too many comparison, but it does seem like the lineage management element has become quite popular. Your kingdoms have a royal family, with spouses (only males can take positions of power, unfortunately for those who want their Boudiccas in another era) and other nobles. Since the family and nobles comprise your generals who command your armies or governors who command states, you need to manage their traits carefully and plan for if they die (which is somewhat easy in battle). Every so often, random change grants you new traits and experience in battle or governing allows you to build stats. The stat system is pretty clearly defined, and it does add a somewhat enjoyable aspect to the game as you manage your family’s control on your nation.

Micromanaging stats and states is my favourite element of the game, over the battles. States are actually quite simple, with a series of slots where you can put buildings that affect other stats. Some of the variables are not entirely clear at first, with lots of numbers thrown around, and the menus are somewhat cumbersome to navigate. The game warns you of any critical business in an events tab and with warnings should you try to end your turn, but you still should make sure to check all the relevant tabs (family, each province of three stats, and each army) before you go. Armies don’t warn you if they movement left, which I feel is a critical thing to do, since it can be hard to keep track of armies even with the list. While I enjoyed the juggling act of choosing which buildings to fit in the very limited slots (four for most settlements, six for a capitol, of which you have two and one, respectively per province). Hordes – nations with only army units, and no cities, that have their own structures only available when you make camp – are a neat touch that don’t differ too radically from stationary cities beyond resources.
And, of course, there’s the army battles, the mainstay of the series. I will say there is something viscerally satisfying about positioning their armies and seeing them converge on each other, watching their health bars tick down. It’s also somewhat inconsistent on timing, often leaning on the slow side to me. Timing is quite important in order to ensure that the right units hit at the right time, especially considering flanking is a great way to break enemies down. In practice, fights often lasted about ten minutes or so, but it felt like longer, even with individual unit skills. Overall, I’m not sure what I was expecting with this – a game like this requires a certain pace in order to be manageable and still expect a modicum of strategy and tactical planning. A few other factors, such as naval battles being cumbersome and confusing (boarding has a bar indicating which way the battle’s swaying, that I’m not entirely certain about) and it makes the auto-resolution more tempting, even though it often lead to more casualties.

The thing is, I do find myself getting into the swing of this game, and being unable to put it down, until some of the bugs affect it. This game takes many hours to play a campaign, which is a definite plus, but those hours can be quite tedious when cutscene loading and strange hang-ups occur. My units would get stuck on the coast when disembarking from the sea on some occasions, presumably locked own by nearby hostile units, but in practice locked forever with an inability to interact with the world (an enemy’s High King was trapped a city of mine like this).
In the end, all of these systems are interesting, but they fail to wow me. While this isn’t a new series, this kind of hybrid of turn-based management and real-time strategy tends to suffer from a lack of focus. The lineage, city and army management aspects and the real-time army management are all right on their own, but they’re limited by the need to offer time to the other ones. That the game outlines different factions in terms of difficulty for the player means you’ll be able to choose your challenge, but in all difficulties, you’re still playing about four miniature games in one. And if you’re playing that for hours upon hours, that will get somewhat repetitive.

Hybrid turn-based/real-time games like Total War require a proper balance of this, and Attila seems a tad on the slow side – the multiple mechanics tending to slow everything down. 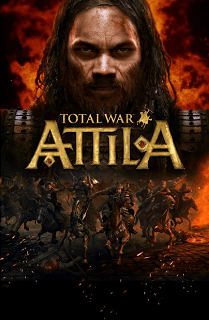