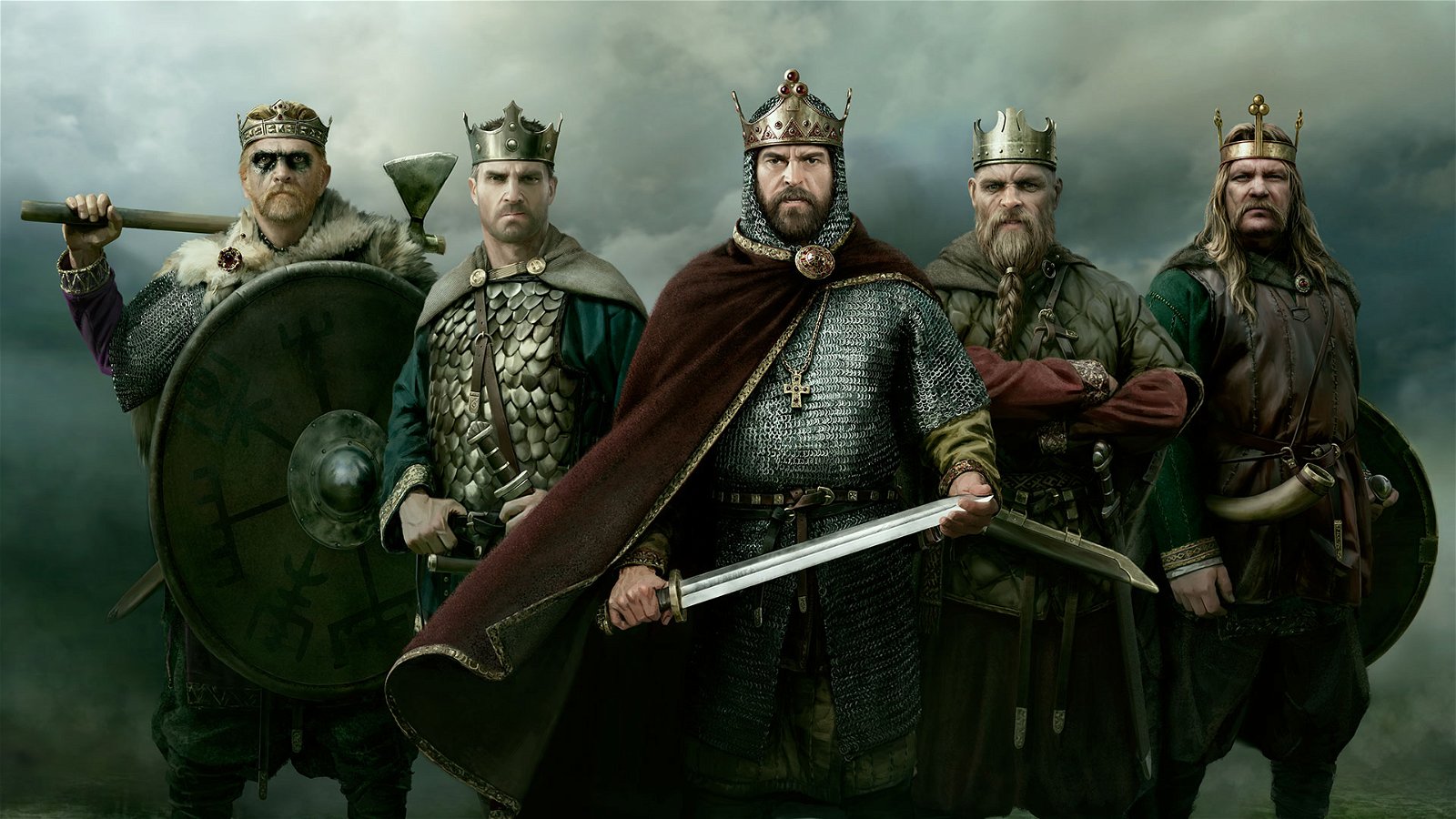 My soldiers are bloodied and bruised from reclaiming Irish lands from the Viking invaders that had set up shop on the west coast of the island.

But I can’t rest for long, as a much larger raiding party has begun to slowly march northward, destroying and conquering the lands of my countrymen. Soon, they’ll be at my doorstep, and I send both of my mangled armies to intercept them so I can ensure that Ireland remains in the hands of the Irish for a few more decades at least. And so I wait, preparing for the battle that will decide the fate of my kingdom.

Total War Saga: Thrones of Britannia is the first game under the Saga banner, set in 878 CE in the British Isles shortly after the Viking king Guthrum was defeated by the Anglo-Saxon king Alfred the Great at the Battle of Edington. While the leaders of various English, Welsh, Irish, and Viking factions are trying to fulfill their own specific goals, they all boil down to either becoming king or solidifying their rule; no conquering the world this time around. The game contains much of the hallmarks that make up the Total War series, but Thrones of Britannia is easily the most experimental title in years, changing up the formula in ways both big and small to great effect.

My faction of choice is Mide, a province in Ireland that I love both for its central location and its wonderful javelin units, upon whom I would greatly rely during the battle ahead. The British Isles are relatively small in comparison to the continent-spanning world of Rome II, but it is considerably dense, and movements that would normally take a single turn to accomplish instead take several seasons. I would regularly receive updates on the affairs of the English on the other side of the sea, and it honestly feels like I was receiving updates from a country on the other side of the globe. Thrones of Britannia keeps the battles local, but that doesn’t mean that you’ll run out of things to do.

As tight as the British Isles are, this is not simply a smaller Total War game. Take the recruitment mechanic to start. In previous titles, you would have to wait several turns for a unit to be recruited, at which point it would arrive at full strength, ready to fight. Now, the unit is recruited instantly, but will arrive with a fraction of its total unit count, requiring several turns to muster a complete force. This forces you to plan several turns ahead, and I spent much of time waiting for the Viking force while recruiting what little units I had available.

In addition, recruiting is now done via a global pool instead of local provinces. No matter where I am, I can recruit the same javelin throwers as I could in my capital, which means that the podunk village of Cluain Iraird in my central province has just become the recruiting capital—and last stand—for Mide. The lack of requirement to build barracks and archery grounds is a bold choice, but a welcome one, as it adds both flexibility and greater strategic depth to how you move your armies around.

This extends into how you manage your provinces and your faction. Only the capital of each province allows for constructing new buildings, with smaller towns and villages serving as farms or other resource locations that can be upgraded repeatedly. Furthermore, the different factions each have different buildings that can only be built in the regions those factions are from. I can’t build a slave market in the middle of Ireland, but I can when I conquer a coastal Viking city. These small differences feel limiting, but they also give each faction a distinct flavour.

These factions are also composed of characters, in a way that feels like a simpler version of Crusader Kings 2. You’ll manage loyalty, hand out land deeds, and deal with upstart generals by causing their wife to divorce them and then torturing them. That last situation actually happened to me, and it only required a few clicks on my behalf, though he later rebelled primarily because I had taken the short term approach to solving his issues rather than the long-term method. It’s these kinds of simple decisions that do much to make it feel like you’re crafting your own story.

Dilemmas are another way of making your choices matter. Every so often, a text box will pop up prompting you to make a choice regarding an event happening in the world that both follows historical events and gives you another path towards the end game. Some are simple, like deciding whether to host a festival in your capital that will improve your standing amongst other factions at the cost of gold, while others are a bit more nuanced. At one point I was asked to come to the aid of a neighboring kingdom that was under attack by the Vikings. I could have aided them, ignored them, or turn the situation to my advantage by conquering them while they were preoccupied—which is what I ultimately did. And I smiled all the while.

That choice led directly to my current situation, as the Viking raiders approached my doorstep with a nearly full army that was only slightly wounded. Unfortunately for me, they decided to attack my much weaker secondary force that I had originally intended to be my reinforcements. As much as Thrones of Britannia changes, battles play out just as they had in previous games. Not that they needed much changing in the first place, as the thrill of commanding thousands of units at once is consistently one of the best parts of the series. Some things are perfectly fine the way they are.

As for the battle itself, things started off poorly, to put it lightly. 360 spearmen and a few archers are not enough to handle a pack of vicious Vikings, but they held the line long enough for the bulk of my forces to smash into their back with some heavy axe infantry and a lot of well-placed javelins. In the cenre of the fighting, my king and the opposing general clashed on horseback, and I was relieved to hear the cry that the general lay dead as his forces began to retreat. I had lost half my forces, but I was alive, and the kingdom of Mide could continue to grow and fight for Ireland another day.

At this point, my people were exhausted from war, and I would spend the next year or two bolstering my forces for a new campaign in the southeast. I had done things like this before in past Total War titles, marching from war to war in an unending path to victory, but Thrones of Britannia feels different. It has a rhythm to it that is unlike other games in the series, making you feel that every choice and every battle you fight matters in the long run. The battle I had just fought was roughly a third of the way through my campaign, and in other games it would have been just another fight. But here, it felt climactic, like I had just won a great victory.

All of the changes to the series formula—recruitment, politics, provinces, dilemmas—combine to create this feeling. By rebuilding from the ground up, Thrones of Britannia reconceives what a Total War game can be. That’s Total War Saga: Thrones of Britannia’s greatest accomplishment, and one that I hope future Total War titles can continue to build upon going forward.

Total War Saga: Thrones of Britannia experiments with the series’ formula to great effect, creating a compelling, epic setting that is refreshing to play for series’ newcomers and veterans alike. 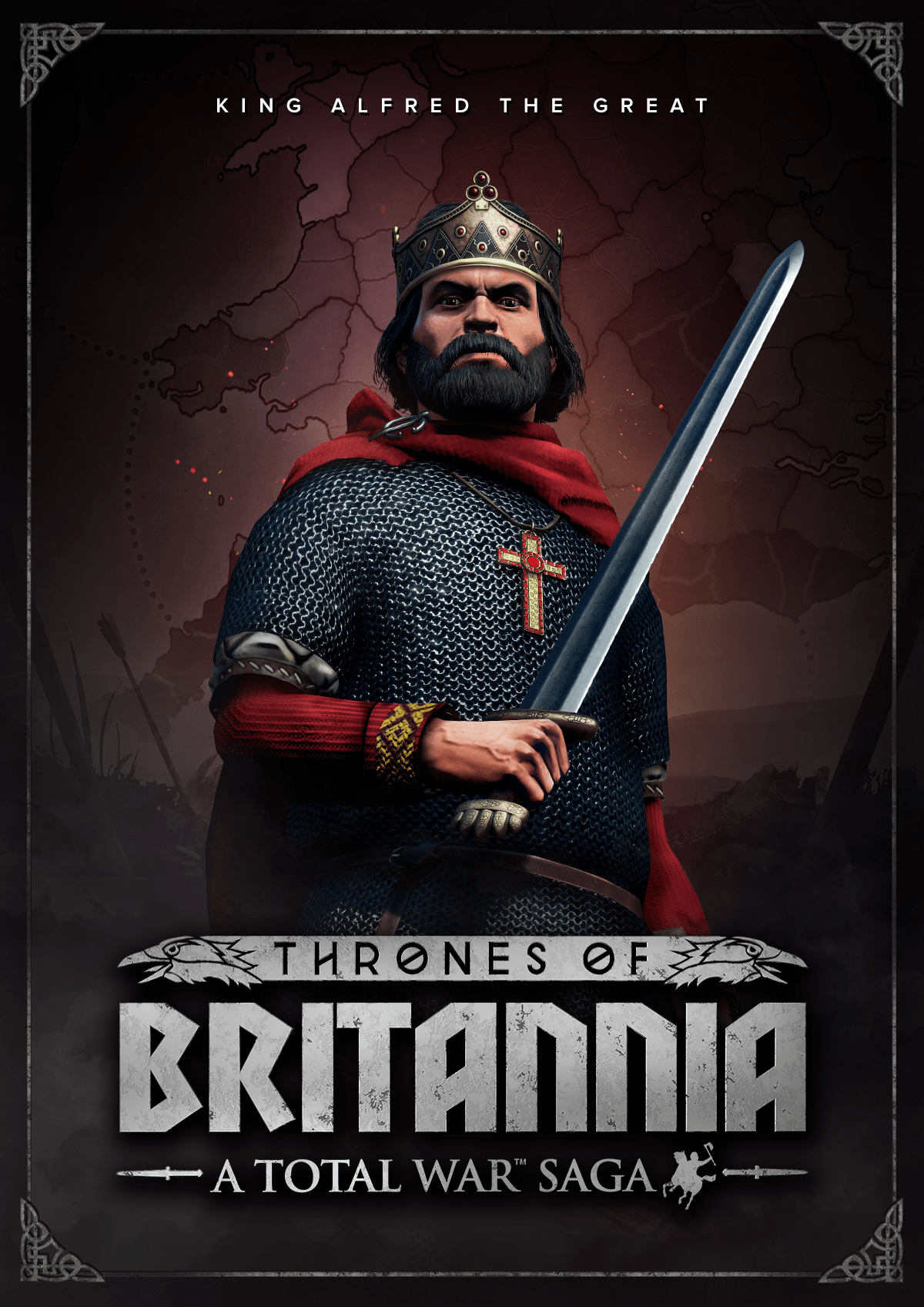