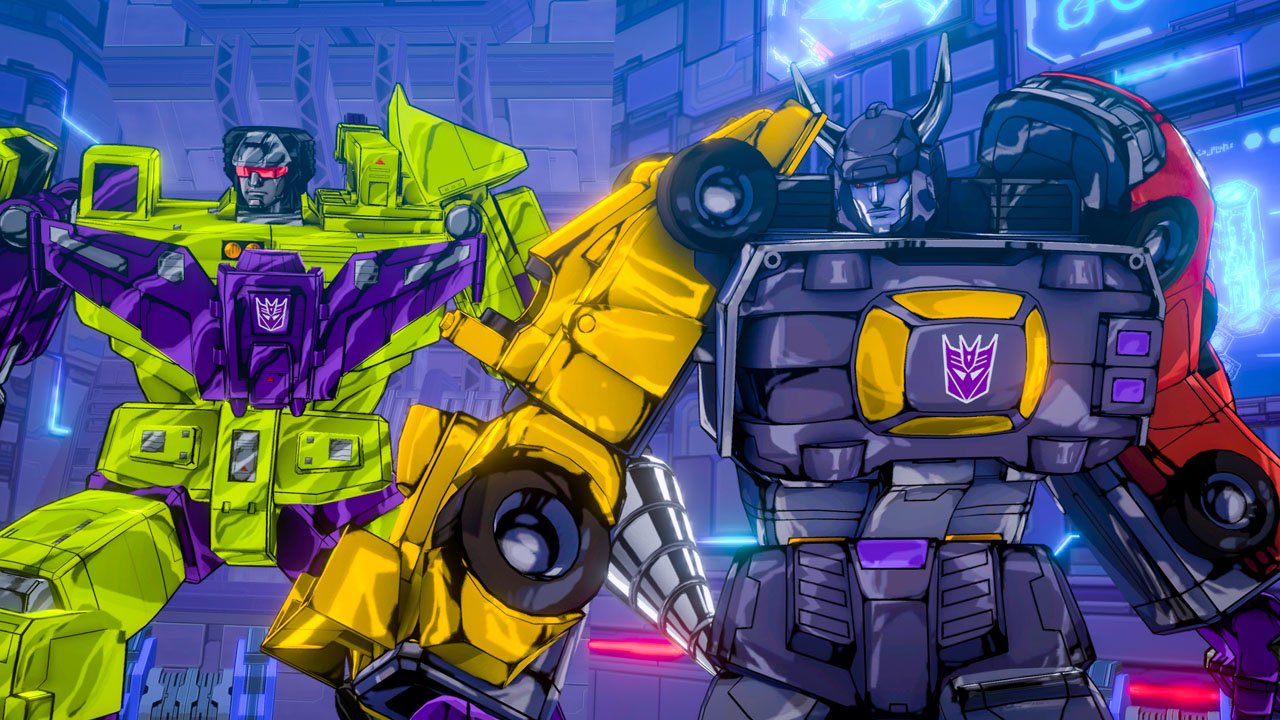 Growing up, I was a little too young to have experienced G1 and the original Transformers movie when they were released, with my own Transformers experience limited to G2, and later on in my teen years, Beast Wars. But the trailers had me hooked, as it appeared that PlatinumGames had put together a reverential adventure game which brought back the original voice actors from the cartoon show, and had graphics which looked like the original animation from the television show had been converted to 3D and put into a game engine. Thankfully, PlatinumGames was successful in putting together a fun, fast-paced Transformers game, although there were some issues preventing it from being a great game.

A huge appeal of this game is the visual style. Often in modern Transformers games (not to mention superhero games like the acclaimed Batman Arkham series), there’s a tendency to try to make the visuals as realistic as possible, sometimes to the detriment of the overall appeal. As much as I enjoyed the Arkham series, the fact that every villain was redone visually to be more ‘realistic’ robbed the Bat-universe of a certain visual uniqueness that its characters have in the comics.  By making the visuals in this game bright, cel-shaded, and drawn from the television show, it makes the characters truly pop off the screen and feel unique. There’s no worry about sameness, or dullness in the colours; the visuals look simplistic but that’s actually quite deceptive. There’s richness here, as well as a certain sense of authenticity. This is how these characters look; it’s as simple as that.  The nostalgia play is a strong one, and it works for these characters.

The gameplay is fast-paced and fairly simple, although it can become more complex and nuanced if you’re a certain type of gamer. I say this as a positive, because I know that for myself, I’m a bit more of a mild-mannered button masher. I’ve never been as good at stringing together combos, etc. as many of my fellow game-playing brethren. But what’s nice about the gameplay here is that whether you’re good at combo-stringing, or just like button mashing in the vain hope of pulling some cool moves together, the gameplay doesn’t penalize either type of gamer. The basic combos are just that, basic and easy to pick up, with some more sophisticated combos for those who are good at putting them together. There are numerous checkpoints, and the six major chapters are broken down into numerous smaller missions. It makes the game easier to pick up and play for a bit and then put down without having to commit to a longer play session in order to be able to save your progress.

The game’s storyline is pretty basic and straightforward, lacking a certain sense of depth.  This is most evident in the fact that this is a fairly short game for the modern era, as it’ll take gamers between 4 and 7 hours to complete (depending on the player). There is, however, some replayability, as each mission’s gameplay in a chapter is given a letter grade, so you can replay certain missions over and over again to get a better grade.  There’s pick-ups aplenty, plus a challenge mode so that once the relatively short story mode is complete, you can continue to play the game. There isn’t a huge array of character selection in the game, although the most popular Autobots are represented, including Optimus Prime, Bumblebee, Wheeljack, Sideswipe, and Grimlock. In the first chapter, you’re restricted to using whichever character you’re provided, and when you gain the ability to choose a character to use, you’re initially restricted to playing as three of the five until you progress further and unlock the rest. Unfortunately for Decepticon fans, you’re not given the chance to play as any of the notable villains in the franchise.  Thankfully, you do get to have some great fights against them, though, with one of my favourites being Soundwave.

Despite some fantastic graphics and enjoyable voice acting—which perfectly encapsulates the best of Transformers G1—Transformers: Devastation fails to fire on all cylinders, as the game is too short, and boasts a small choice of characters to play as. The gameplay can easily feel repetitive, but it’s the spirit of the original series which inspires this enjoyable, fast-paced, action-filled romp. For fans of the original Transformers, this game’s few failings aren’t enough to truly slow it down. It simply prevents a good game from being a great game.

Transformers: Devastation fails to fire on all cylinders, as the game is too short, and boasts a small choice of characters to play as. 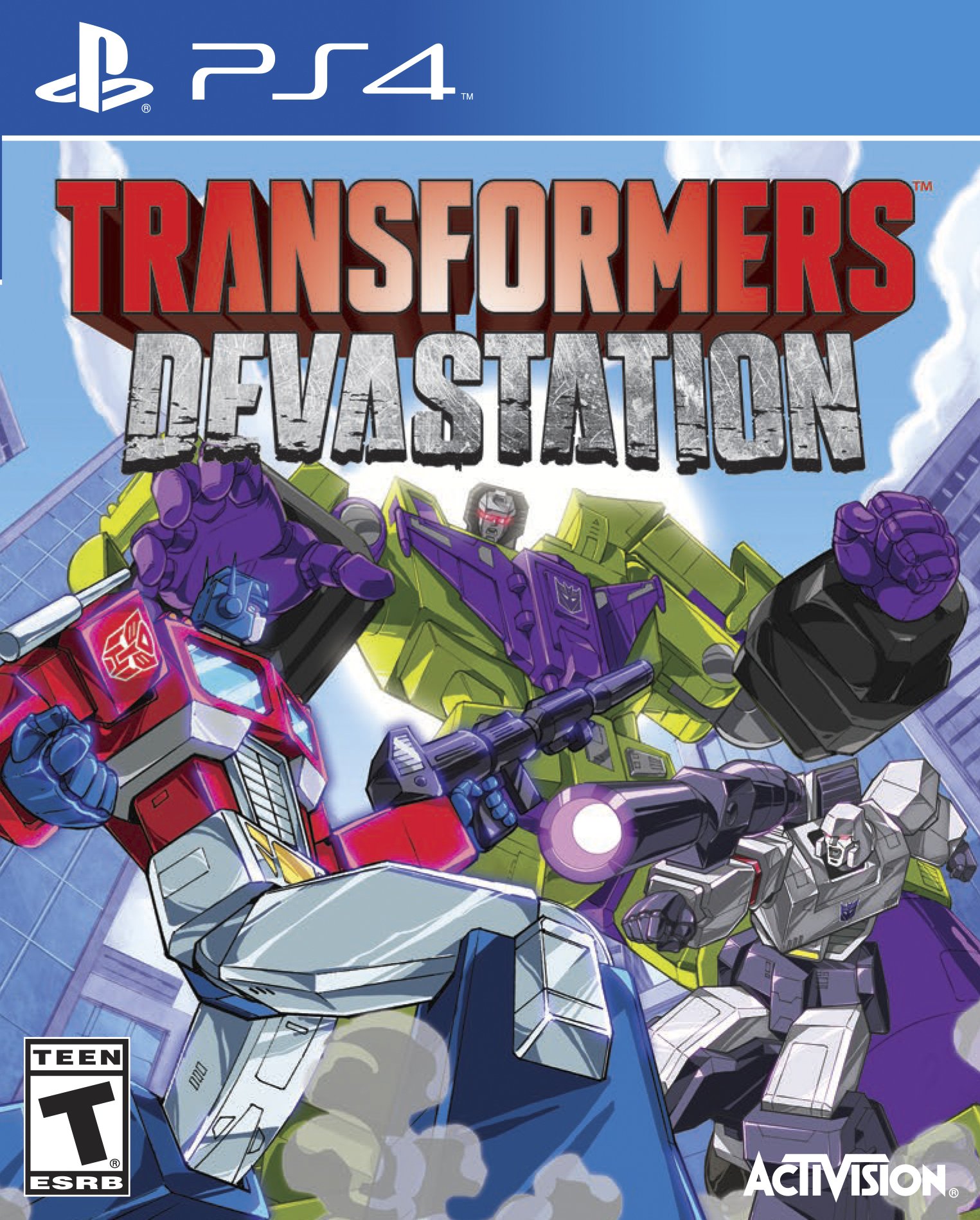