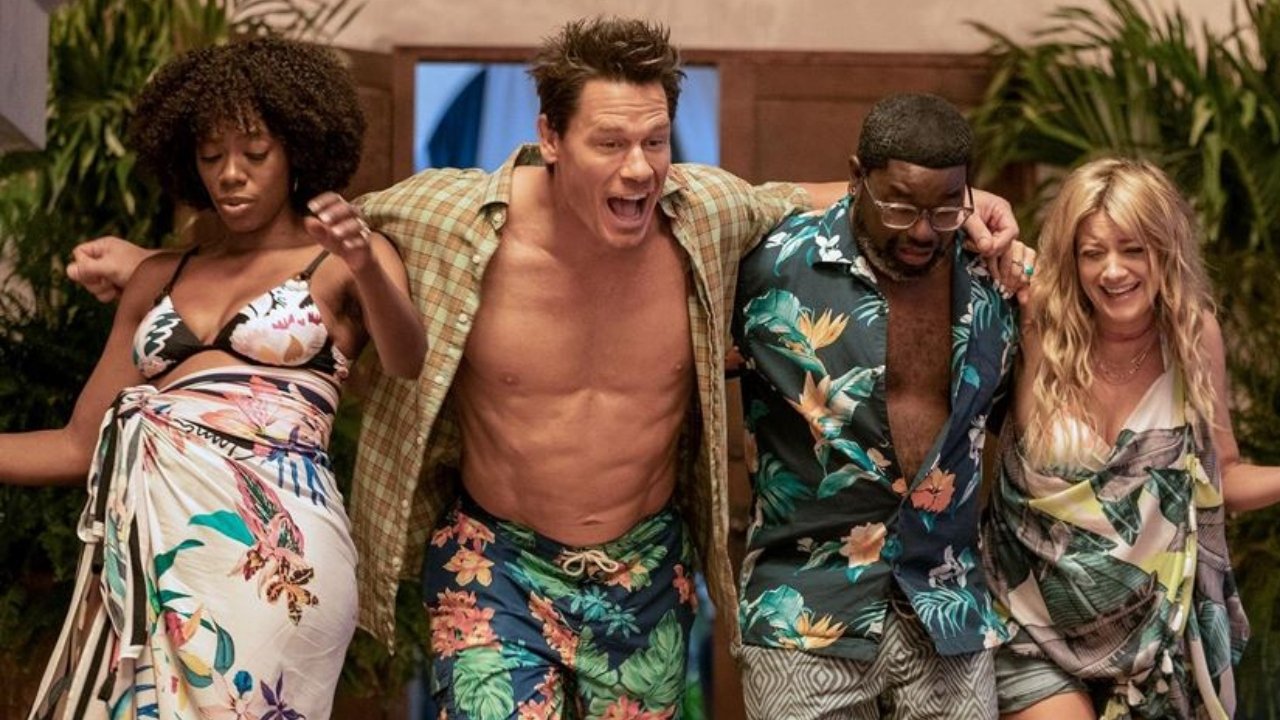 I just finished watching Vacation Friends, and I am conflicted about how I feel. I went into this movie thinking it would be full of terrible jokes and awkward chemistry, but what I got instead was so much more. I found myself laughing out loud—even if they were cheap laughs—in the first ten minutes, which is more than I can say for most comedies.

Vacation Friends is the story of two couples who meet on vacation in Mexico. A very good time was had by all, and Marcus (Howrey) and Emily (Yyvone Orji) think what happens in Mexico should stay in Mexico. Ron (John Cena) and Kyla (Meridith Hagner) have other plans though, and what we are left with is conflict, chaos and some heartwarming moments in between.

This movie starts off with a bang. It goes from zero to sixty almost immediately, and we fell into a montage of hardcore partying which took me by surprise. I assumed the story would be about the trip, but most of the film takes place afterwards. Vacation Friends struck me as the classic  comedy where the wild friends keep getting the straight-laced friends in trouble, and at every turn something goes wrong.

In fact, the story is quite the opposite. I spent the whole time thinking, “Here is where it all falls apart.” It became almost suspenseful. Cocaine, crashes, binge-drinking and black-outs are a perfect recipe for disaster—and I won’t spoil what happens next.

John Cena and Lil Rel Howrey had more chemistry than any of the couples in the film. The bromance is real between these two, so when they went through their share of ups and downs, I was genuinely rooting for them. Of course there are ridiculous moments like over acting and scenarios that are just too perfect to be real, but that's the charm of this sort of comedy.

"Vacation Friends managed to make me laugh out loud by dropping humour in the oddest places."

Kyla and Ron are the stand-out characters in the movie. Hagner’s ability to switch from serious to hysterical at the drop of a hat is impressive. At points in the movie, I believed her right alongside the other characters and thought Vacation Friends was about to take a very dark turn. The couple is completely obnoxious and insane, but somehow heartwarming and loveable at the same time. It’s impressive.

Vacation Friends managed to make me laugh out loud by dropping humour in the oddest places. Plus, who knew Cena actually had comedic timing? Many of the characters are pretty par for the course here, with one family coming from money and the other not, Marcus not being liked by Emily’s father, and a cranky ol’ Grandma that no one understands.

Of course, Vacation Friends is not without fault. There is definitely some dialogue that’s  a bit over the top, and portions of the storyline that are just not believable. Luckily, the characters charm us into forgetting about how out-there some scenarios can be and take you right on to the next laugh.

If we are being honest, no, this isn’t going to be an Oscar-winning film, but it’s not trying to be either. Vacation Friends is a lot of fun, and I definitely recommend it if you’re looking for something easy and fun to watch. You’ll be surprised, you’ll be stressed out, and you will most certainly laugh.

Final Thoughts
Vacation Friends is a twist on the “everything that can go wrong will” kind of comedy. You’ll find yourself loving the characters even though they’re making appalling choices—so much so that you will completely ignore the unbelievable plot points.
More From CGMagazine 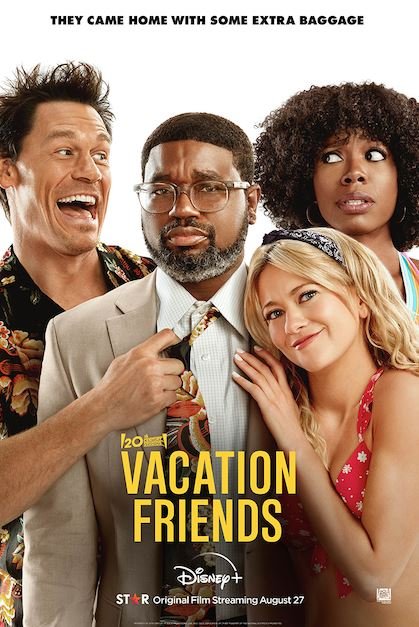