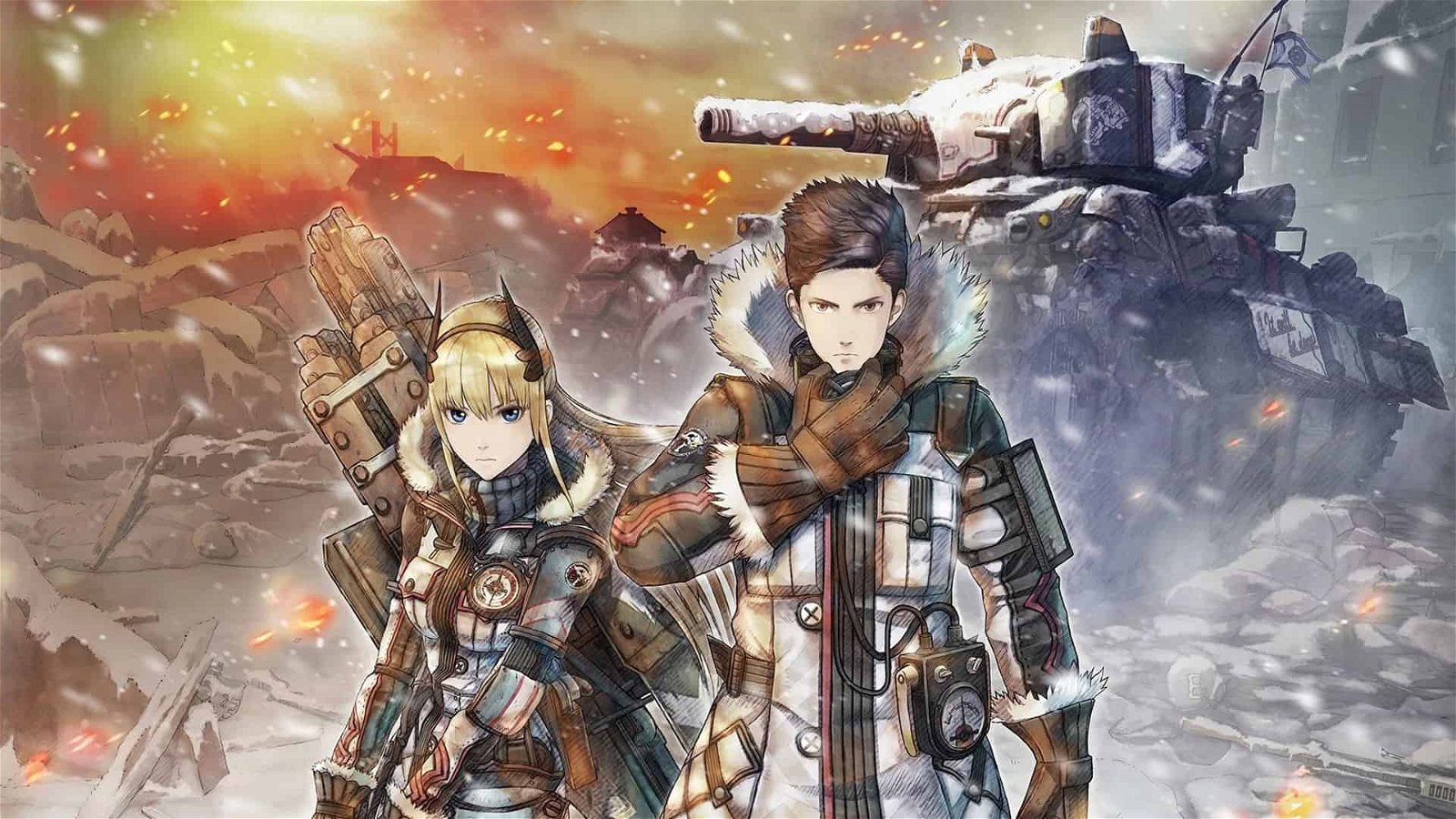 It’s been nearly a decade since the original Valkyria Chronicles was released in North America.

Featuring a fictionalized version of World War II, the game has stuck with me through the years thanks to its charming, watercolour inspired visuals, deep strategic gameplay, and an unforgiving look at war through the lives of a single militia squad. Now, following a misstep with Valkyria Revolution, Sega is returning to the franchise’s roots with Valkyria Chronicles 4, a sequel that does justice to the original even if it doesn’t quite reach the same heights.

Set in the continent of Europa, around the same time as the events of Valkyria Chronicles, Valkyria Chronicles 4 follows Squad E, a small contingent of soldiers fighting for democratic Atlantic Federation. They’re in the midst of a war against the expansionist Eastern Imperial Alliance, and the story follows the Federation’s last-ditch attempt to end the war by launching a massive offensive called Operation Northern Cross. Aimed at capturing the Imperial capital, you control Squad E as they fight in some of the most important conflicts in the war over the course of 40 odd hours.

Squad E is a motley crew, filled with mercenaries, nature lovers, single parents, and neurotic engineers. This is where the series has always shined the brightest, as what starts out as characters defined by a single line of text and some keywords blossom into fleshed out soldiers, each with their own motivations and relationships. Uncovering the backstories behind members of the squad, watching the small vignettes of the cast interacting in a mundane setting, taking the time to explore your base – these are the moments where Valkyria Chronicles 4 is endearing.

But more than just being flavour, the quirks and personalities of Squad E will have a noticeable impact on the battlefield. Called ‘potentials’, these are buffs and debuffs that activate when certain conditions are met. Squad E’s commander, Claude Wallace, has a buff that decreases damage on his tank while he is moving. Meanwhile, Teresa the scout’s evasion decreases when she is near tanks due to her biology obsession, while her attack power increases near dead bodies due to ‘Dissection Obsession’. And shock trooper Ferrier humorously can’t take critical damage on counter attacks due to the iron mask she wears, but she also suffers a defence loss when multiple enemies spot her. Some of these are innate, while others are unlocked after completing side quests, but it all works to make these characters compelling.

The same can’t be said for the plot as a whole. For a game featuring a bloody, exhausting offensive that wears down the men and women fighting in it, it’s mostly glossed over, with little consequences shown. Considering Operation Northern Cross is one that is doomed to fail from the start, it’s disappointing to see Valkyria Chronicles 4 approach it with a far lighter tone than I anticipated. The scale of the conflict remains firmly in the background, which stands in contrast to the melodramatic story and battles of the original that, while over the top, were enrapturing. This is furthered by the tonal inconsistencies that the story shifts between – humour is inserted at awkward moments, and sexual references are blindly jammed into dialogue minutes after a monologue on the cost of war.

At the very least, Valkyria Chronicles 4 is backed by a stellar aesthetic that remains as timeless now as it did in 2008. Using a cel-shader that makes the world resemble a watercolour painting, nearly every shot in the game is evocative. Animations are fluid, characters are easily identifiable, and the setting Sega has created Considering that the game is about the harsh realities of war, and the struggles the cast has with fighting in the conflict, the presentation does much to rectify at least some of the missteps the plot makes.

While the narrative struggles to find it’s tone, in gameplay, Valkyria Chronicles 4 is a near-perfect marriage between two distinct phases – the preparation before battles, where you improve your squad, and the battles themselves. The former is calming, as you dive into menu after menu to upgrade everything from the gear an individual class uses, to learning new maneuvers to use in combat. Between each fight, I would find myself navigating menus for long stretches of time to absorb each new piece of information that I unlocked, fiddling with equipment and research to over-prepare for the next mission. Time-consuming, but important to the success of what follows it.

Valkyria Chronicles’ battle system is iconic, and it’s none the worse for wear here. Your turn begins with a grid-based view of the map, where you can select one of your soldiers to control in third-person. Characters can move and take a single action, though movement is limited, which each class having a certain range before they must stop. But they will also be shot at by the enemy while they move, making each turn a nail-biting fight to advance under withering enemy fire. Knowing the strengths and weaknesses of each class, and even knowing how to best utilize the quirks of each character to their full potential, becomes the deciding factor behind each victory. This is fast-paced action, and it’s unlike any other tactical RPG out there.

What separates Valkyria Chronicles 4 from past games in the franchise, is the introduction of a new class and how missions are designed. The game introduces the grenadier class, a slow moving unit that can set up a portable mortar to fire at enemies behind obstacles and at great distances. It’s introduced cleverly, and it’s readily apparent that grenadiers are one of the most flexible units in your entire arsenal, as they are able to break through entrenched positions with ease. It also balances well with the existing five infantry classes, filling a slot that was much needed.

As for the mission design, rarely are battles simple acts of taking an enemy camp or defending a single point. What first appear to be simple objectives gradually unfold to becoming complex or novel twists that shake up how you approach a mission. For example, a mission that begins with spotting a small contingent of tanks turns into a mission where you must use sniper fire on bell towers to mark out targets because radio communication is down. Other missions restrict classes or give you a group of tanks to manage. And when the Valkyria are introduced, complete with their magical abilities, missions become exercises in patience. Valkyria Chronicles 4 never gets old as a result, as it continual tests your skills as a commander in order to come out on top.

That’s not to say it’s always fair. For every mission with a clever twist, there’s another where enemies spawn directly behind your units without warning. Others break the game’s established logic in wholly unexpected ways, which left me frustrated as my soldiers died due to a mechanic or feature that was never explained. Expect to restart multiple times throughout your playthrough, as I struggled to press on through some of the more unforgiving scenarios.

Furthermore, Valkyria Chronicles 4 stumbles, at least on the Switch, in its framerate. While basic infantry actions are smooth throughout, actions involving tanks or explosions noticeably cause lag and stuttering. I first noticed it in the second mission and thought it was an anomaly. By game’s end, it was an all too frequent occurrence. And since this is a game where even the slightest movement can result in failure, the lag can make all the difference between victory or defeat.

Yet fighting through these obstacles is worth it, because Valkyria Chronicles 4 is more often than not a clever and challenging war game. The great character design and engaging combat system make for an experience that can be rarely found today. While the aesthetic is strong, I wish that the narrative could match the rest of the game. Because if it did, it would be an equal to the excellent Valkyria Chronicles, instead of a weaker imitation of it. Even so, this is an experience worth playing, and one that has me excited for what the future of the franchise holds.

Valkyria Chronicles 4 stumbles in its narrative, but great characters, a unique aesthetic, and an engaging combat system make for the best game in the franchise since the original 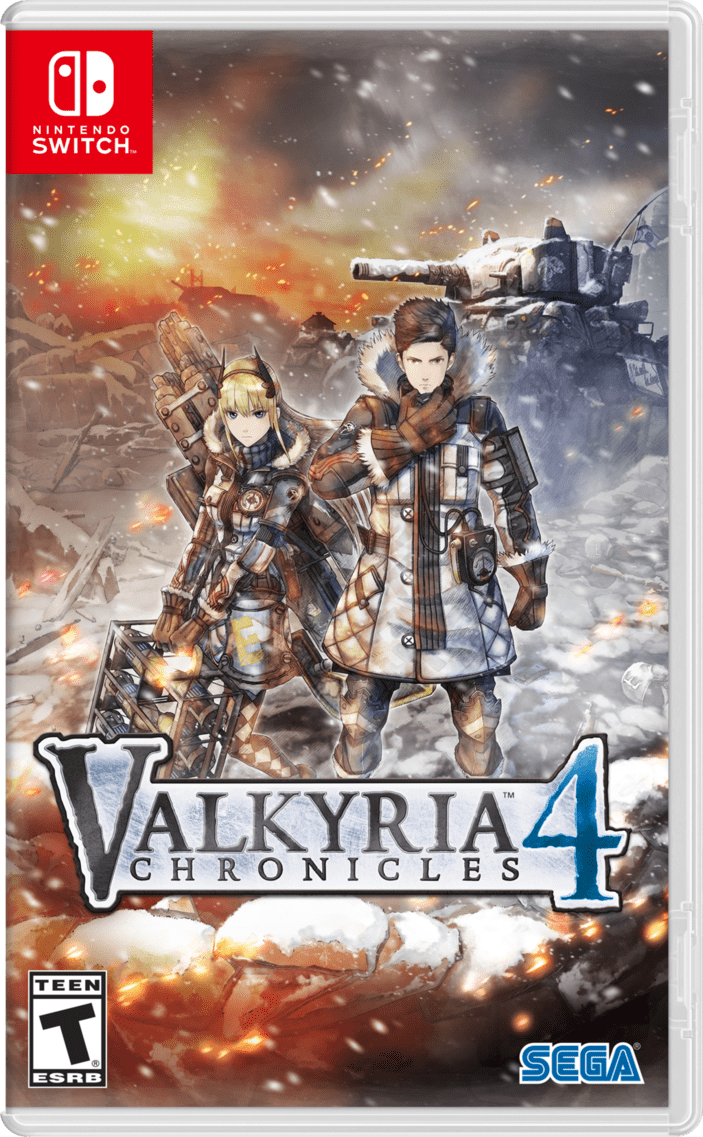