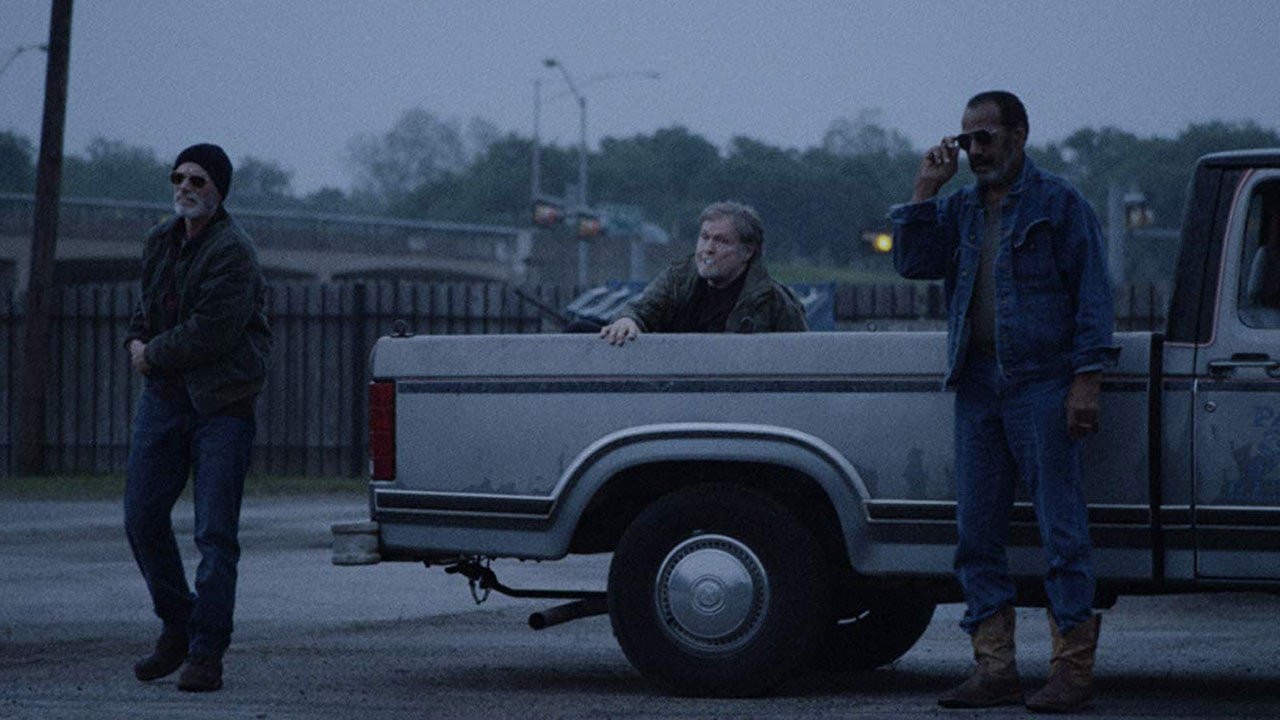 It is easy to imagine a world where VFW just did not work. With a concept focused on ageing combat veterans fighting off hoards of drug addicts, it could have easily fallen into old tropes, or simply not gone for the jugular in a way that worked.

Thankfully, with Joe Begos at the helm, VFW turned into a gritty, throwback dirty siege movie with gallons of blood and gore and a blue streak that would make anyone blush, and it is a blast from start to finish.

Set in a dystopian unnamed wasteland of a city somewhere in America, Stephen Lang’s Fred runs a bar where he and his old combat veteran buddies Walter (William Sadler), Abe (Fred Williamson), Lou (Martin Kove), Doug (David Patrick Kelly), and Tom (George Wendt) all sit and reminisce about the better times. With the toilets broken, the wiring shot, and the place showing its age, the world around them is slowly falling apart as they wallow in the past. When a young woman named Lizard (Sierra McCormick) who has made enemies with the drug kingpin of the region, Boz (Travis Hammer), and barges into the bar, life gets interesting for the ageing war heroes.

The thing is, the new street drug known as “Hype” is turning the masses and underprivileged of the cities into mindless drug zombies, willing to do almost anything to get another fix. Including but not limited to risking their lives, murder, and walking right off a ledge. They have long since lost their humanity, and are now zombies for Boz to control and use for his new drug-fueled war against these veterans.

VFW is the best kind of throwback, calling concepts from movies like the landmark Carpenter classic Assault On Precinct 13, along with other movies of that ilk, while injecting a punk-rock style all its own. It would have been so easy to fall into conservative territory, showing how much better the old guard takes on the young, but Joe Begos never even comes close to that edge. Everyone regardless of race, gender or political views has a chance to shine, bringing with it buckets of blood, action and mayhem everywhere they go.

The brutal violence is set alongside a fantastic synth soundtrack that keeps the adrenaline flowing as the blood drenches the makeshift weapons and walls of the ageing bar. Yet even with these moments of action and pure chaos, VFW is not afraid to take some time to develop each of the characters, giving some fantastic quieter scenes to build a connection with our rag-tag fighters, along with painting a clear idea what they are fighting for. And thanks to the expert direction, these shifts never feel forced. VFW has a flow that keeps the audience engaged with each transition working to progress the story, even as the violence is cranked up to 11.

From the dynamic camera to the excellent use of practical effects, Joe Begos brings his unique style to the siege genre. VFW is unmistakable as a work with his hands all over it. If you have ever seen Bliss — if not you really should, it is currently streaming on Shudder — you will catch the distinct look, feel and dynamic that makes his movies engaging, fun and a wild ride throughout their runtime. And even with the relatively low budget on display, VFW gives viewers a brutally fantastic journey that brings just enough new to the genre to make it a must-watch for horror and action fans.

VFW is a B-Movie grindhouse throwback that combines the right levels of grit, blood, and fun to entice people of all ages. The performances are over the top, and the action will satisfy even the most bloodthirsty watcher. If you have been on the fence about giving VFW a watch, fear not, it is well worth the price of admission and will be a movie I go back to when I want a punk-rock action flick that is not afraid to spill a little blood alongside the beers.

Director Joe Begos crafts a throwback gorefest with just the right amount of grit, guts and fun to keep you entertained well after the credits roll. 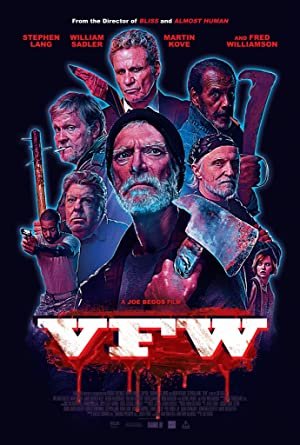