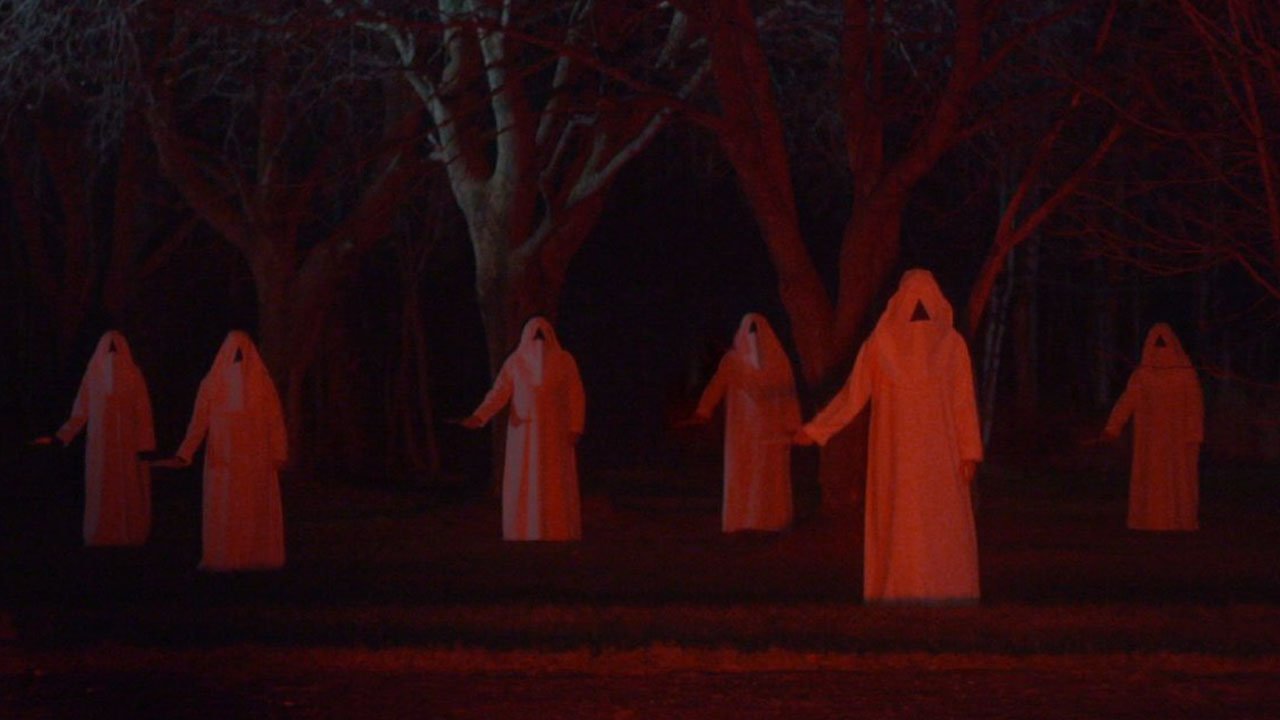 With no genre movies of note heading to theatres this week, we have to head out to the wonders of VOD to find a film worth recommending to the CGM faithful. Thankfully, this is a good week for that sort of thing. The Void will hit a handful of theatres and all sorts of iTunes this weekend and for those who miss hard edge 80s horror with goopy rubber monster effects, that’s a cause for celebration. The flick comes from co-directors Jeremy Gillespie and Steven Kostanski. As effects artists, they’ve worked on everything from Pacific Rim to Suicide Squad. As filmmakers, they are part of the gonzo Canadian genre film collective Astron-6. The duo previously created that groups’ weirdo camp 80s genre mash-up Manborg and contributed to other Astron-6 efforts like The Editor and Father’s Day. Their latest flick, The Void, is completely devoid of the camp comedy that lightened the harsh end of previous Astron-6 romps. This time the duo means it. They’re out for blood and the results are creepy as hell.

The film kicks off at night on a lonely wooded road. You know, where nice things always happen.  Aaron Poole plays a small town cop who picks up a drugged out drifter at takes him to the nearly abandoned hospital. There he’s reunited with his ex-wife (Kathleen Munroe), which is a bit awkward. However, things are about to get even more awkward when a cult wearing sheets with unsettling triangles on their faces surround the hospital and refuse to leave. Inside, the lone doctor (Twin Peaks vet Kenneth Welsh) struggles to deal with sudden tentacle mutations affecting patients. So there are horrors inside and outside. Eventually, they connect with apocalyptic intent. Like all great supernatural horror tales, we never learn exactly what is happening or why, but things are bad and have a tendency to get worse.

All Astron-6 productions tend to spring from homage, and this one has some pretty heavy hitters and influences. The biggest on is the work of director John Carpenter. That’s immediately apparent from the 2.35 cinemascope framing and unsettling synth score. But, it’s more specific than that. The hospital setting recalls Halloween II, the siege suspense elements call back to Assault On Precinct 13, the metaphysical mind-messing concepts at the cult’s core owe quite a bit to Prince Of Darkness, and the mutating monstrosities hold more than a little influence from The Thing. It could be considered plagiarism if it weren’t so lovingly overt. Even better, co-writers/directors Jeremy Gillespie and Steven Kostanski know how to use the master’s old tricks, not just how to mimic them. The atmosphere is oppressive from all sides. The suspense is gut-wrenching. The effects are remarkable and always unsettling. This is the sort of movie that we all wish John Carpenter would still make and when Gillespie/Kostanski run out of Carpenter influences to infuse their story, they through in some uncanny Lucio Fulci (The Beyond) nightmare gore/logic and vicious Clive Barker hellspawn gore for good measure.

Performances are strong from the actors across the board, although they are all primarily limited to the minimalism that Carpenter held so dear. The characters are developed enough to be worth sympathy and interest. That’s just all kept to a minimum so that atmosphere and scares can reign supreme. The filmmakers’ background in effects serves them well, turning a tiny budget into some sumptuous visuals and amazingly unsettling monster designs. For the most part, it’s all practical rubber monster stuff, shot in ways that enhance the realism through shadow and never quite reveal what we’re seeing (always more effective). Eventually, some digital work comes into play, but always subtly and within the dark, moody, 80s horror aesthetic of the piece. It all works and works damn well.

Granted, The Void is more a product of its influences than anything particularly original. This is a movie made by and for fans of a certain breed of horror movie. You’re either excited to see it revived, or the movie isn’t for you. While it is a bit jarring to see an Astron-6 joint that plays its scares are completely sincerely without any campy or ironic comedic relief, it’s nice to see that these guys are talented enough to ape their influences seriously and not just for laughs. While it’s not their most entertaining effort to date, it is likely their most viscerally thrilling and one that confirms the undeniable talent these guys hold beyond archly humorous twists on old genre movie clichés. Hopefully, it won’t be long before their next stab at horror glory, because the guys are only getting better at what they do with every project. Soon they may even create their own genre classic, not just a culty twist on cult movies of the past.

Vintage 80s horror reigns as some of the folks from Astron-6 get serious with their scares. 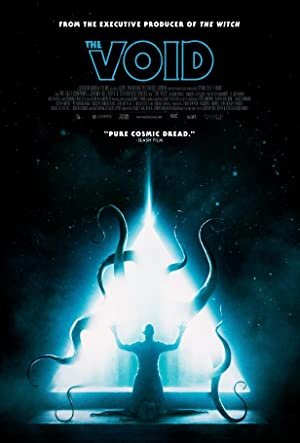