Vroom in the Night Sky Review 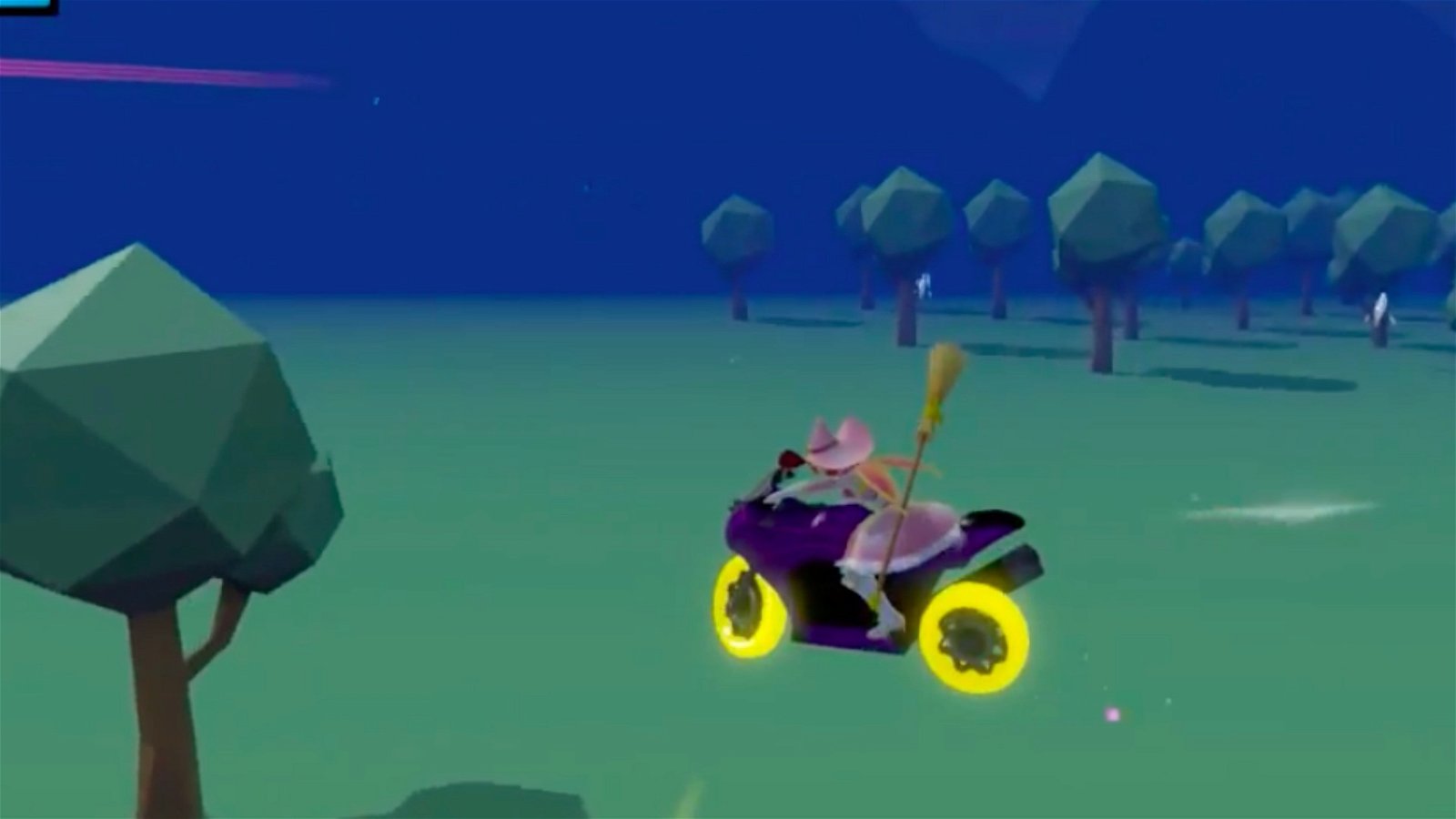 If a piece of media has witches in it, I’m in. Whether it’s Harry Potter or Kiki’s Delivery Service, I’m sucked in by just about any occult theme. It can also make for a great game as magic can help elevate the design, providing complex rules and concepts like transmogrification or brewing and crafting. The sky is the limit as they say, but Vroom in the Night Sky is the very definition of limits in gaming.

After attempting to briefly explain the idea of Magical Girls (please, like I need a refresher!), Vroom in the Night Sky leaves its premise bare—players ride a series of vehicles like a go-kart, collecting coins in the sky. That’s it. There are no real advanced features outside of a shot that can collect coins from afar and a junky boost mechanic. You’re just riding around going for the best time, and the game can’t even get that right.

Everything, from the rating system to the bite-sized chunks of levels, feels like a mobile game. But somehow, someway, even worse than a below average $1 cash grab. Developer Poisoft didn’t fill its levels with anything interesting, and the visuals are rendered like something three generations ago. Wait, worse than that—like an early 90’s PC game, like Magic Carpet. The draw distance is awful, the objects aren’t memorable in any way, and many levels are indistinguishable from one another.

On top of that, the dialogue might be the most atrocious I’ve seen to date in any game I’ve ever played. I’m completely fine with rough translations (spoony bard!), but this is borderline unreadable at times, on top of a ton of typos. Here’s an example: “What does desert remind you of?” “Camel!” Verbatim, that’s an actual conversation from the game. But this one really takes the cake: “I’ve never been fall over!” “That’s how it is.” Whereas I completely understand that the protagonist likes camels in the above exchange, I can’t even begin to ponder what the developers meant with this one. In fact, I’ve had more fun trying to figure out this conversation than actually playing the game.

Does it mean that she’s so skilled that she can’t fall over? Is it adding some context to her character, perhaps? Or does it mean she doesn’t want to fall, and is boasting to psych herself up, because as a young witch failing is all she knew, or was expected of her? That’s an enigma in and of itself, but then there’s “that’s how it is.” Maybe her companion understands her plight, and is basically acknowledging her insecurity without outright stating it? There’s a “so bad it’s good” kind of translation, there’s competent translations, and then there’s this.

Vroom is rife with bizarre moments like these. A weird NPC pops in occasionally without context and rides around doing nothing. The shop, which you can use to buy more bikes and other locomotive oddities, feels pointless and broken. One bike that was cheaper than the other outright had better stats than the next step up. It makes zero sense and it makes me wonder if there was any quality control element to Vroom in any way shape or form. I don’t even want to say that this one had potential, as it’s squandered at nearly every turn and ruined in regards to nearly every single facet.

Vroom should have been better optimized and thrown onto the eShop as a $5 (or less) 3DS game. It would still be bad, but much more forgivable compared to seeing it flounder on the big screen, on a brand new console for $10. I can’t believe this is the same Poisoft that gave us Kersploosh, one of my favourite games on that entire platform. It’s sad to see them sink this far.

A vehicular-based collection game, at least in theory, as no quality assurance of any kind was provided. 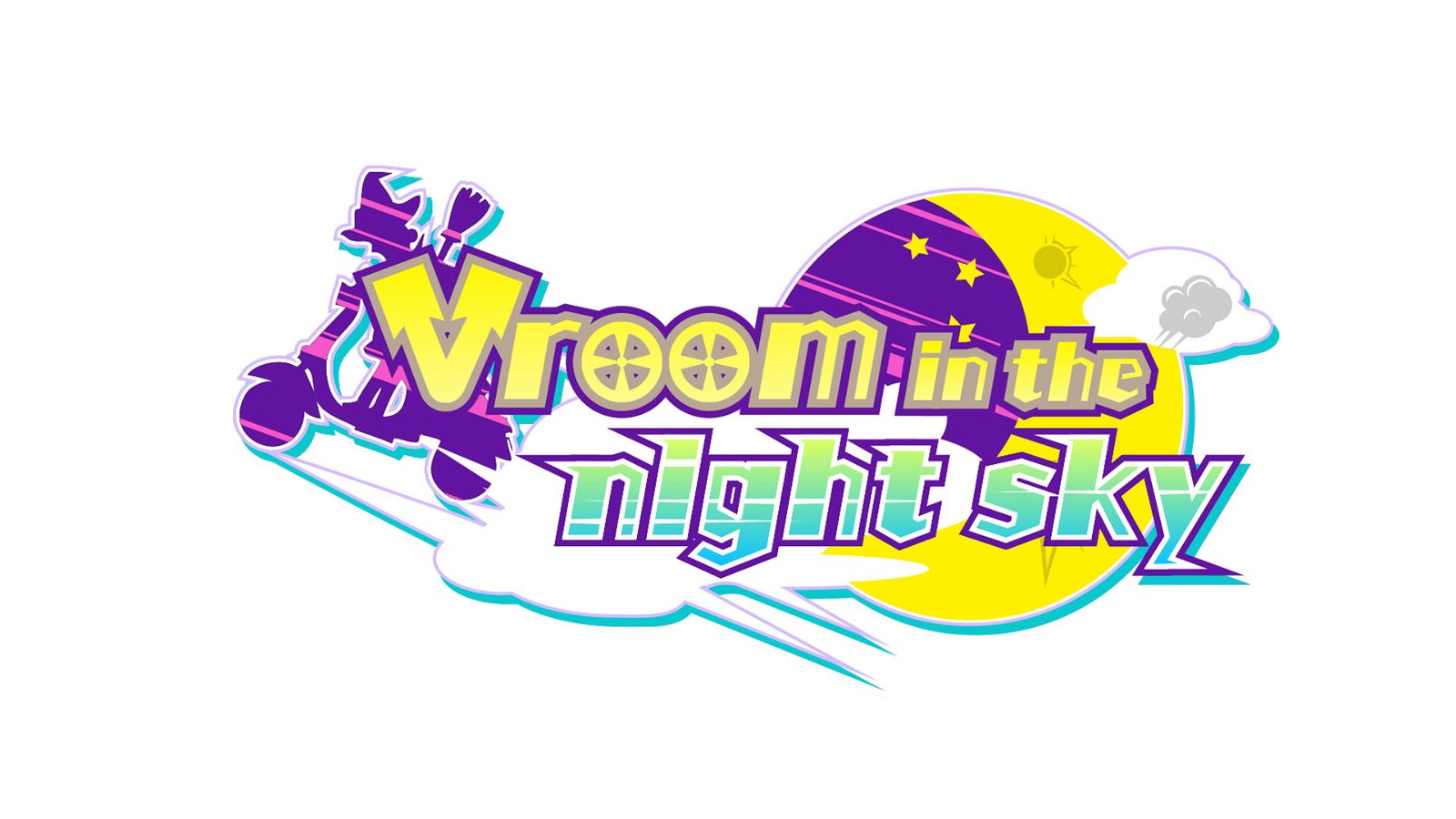