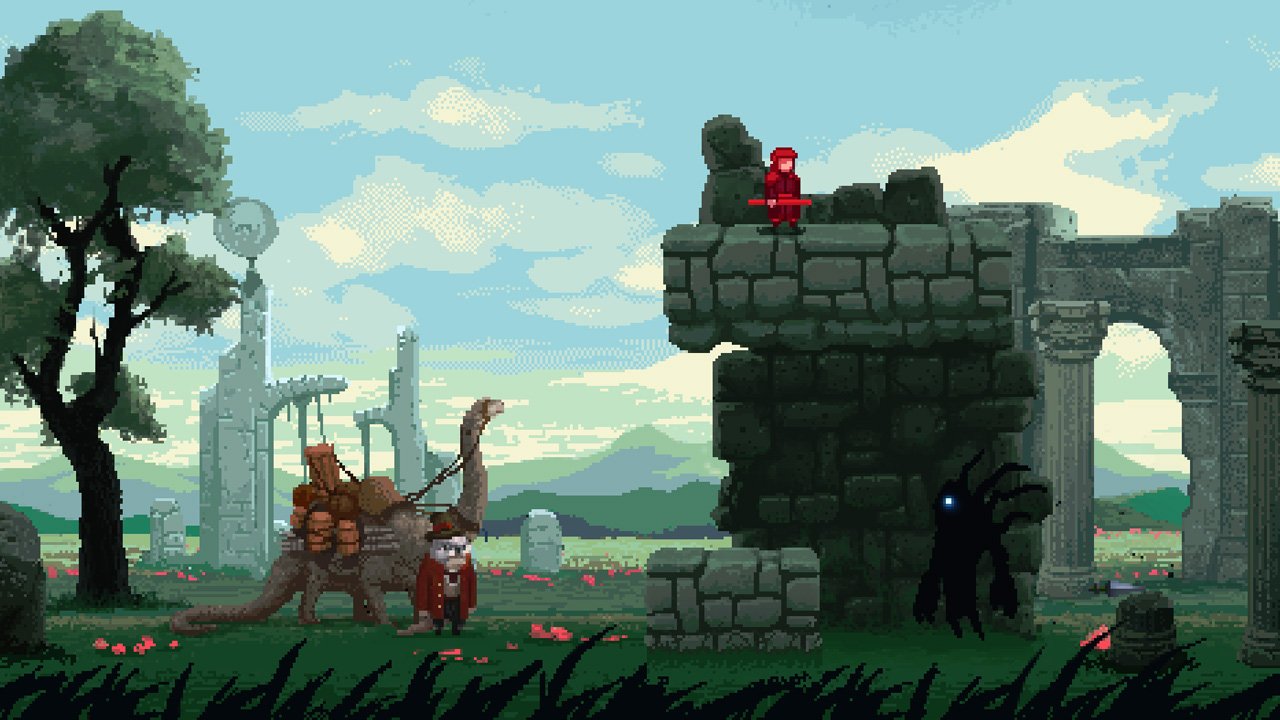 If Warlocks vs. Shadows had come out during the heyday of the SNES and Genesis, it would have been heralded by now as a classic. The class-based, loot-focused gameplay would have been ahead of its time and the local multiplayer would have kept many a child entertained at a sleepover. Hell, you could literally port the game directly to an arcade box and I’d have willingly dumped bags of my dad’s loose change into the slot to keep playing.

Unfortunately, the qualities that make for a classic 20 years ago don’t hold as much weight these days, and that’s what really makes this game a case of too little, too late. Even the retro indie fanboys won’t find much substance here, which is a shame because with a bit more depth, this game could have been something awesome.

Essentially, Warlocks vs. Shadows is what would happen if the Diablo franchise had a child with the X-Men arcade game, but instead of long and interesting levels, you play in a series of small arenas. Your only real goal is to survive several waves of enemies without dying and then jump in a portal to progress to the next level. On top of that, there are only five distinct levels with several sub-stages in each; none of which take very long to finish. In fact, you could blast through this entire game in a couple hours if you really felt like it, and there’s really not much for replay value outside of experimenting with different classes, which really hurts the longevity of the game and makes for a questionable purchase despite the inexpensive price tag. This is my major complaint with the game and the deciding factor in my review score. Warlocks vs. Shadows is fun, but there’s just not a hell of a lot to the game.

The strength of Warlocks vs. Shadows lies within its various classes. The game manages to make each of the 10 classes feel unique. You have your healers, your tanks, your crowd control and glass cannon types. In the beginning of the game, you only have five to choose from, but you’ll unlock the remaining classes as you progress. Each class has four abilities to level up, and while a few of them are near useless, the majority of the spells have a distinct function that allows you to experiment with different play styles and switch things up. However, because the game lacks the polish and depth of similar offers, a few of these skills are so unbalanced you can basically spam the same spell over and over again to easily progress through the level. The Pyromancer class, for example, has an ability that calls down meteors from the sky. If one simply sits on top of a high platform and holds the button down, the enemy waves simply continue to attack, get smashed by meteors, and eventually die, which can get kind of boring.

The game features a randomized loot system à la Diablo or Borderlands, but many of the options are minor statistical upgrades and there’s no real incentive to keep trying for that legendary item. The system is fun, but again, because the game ends too quickly, it doesn’t offer enough to warrant continually working on a character build.

Warlocks vs. Shadows offers both local and online multiplayer, the latter of which didn’t work at all during my review of the game so I can’t really comment on that. The local multi would be more fun if the game was console-based. This game would be more entertaining on a big TV with you and three friends crammed on a couch trying to knock controllers out of each other’s hands and yelling at the screen.

On that note, the review copy of the game featured a rather annoying and game-breaking issue when it comes to playing with a gamepad. Any arcadey platformer obviously plays better with a gamepad than it does with a keyboard—provided the game actually assigns all the buttons. I played with a PS4 controller, and there was no button to access the inventory screen. For a game that touts character customization and loot as one of its key features, not being able to actually change or view your equipment is kind of a problem.

Warlocks vs. Shadows was a fun and well-rounded Beat ‘em Up that featured some cool characters with unique and entertaining spells and attacks. However, the short game time, shallow level design, and control issues really hold it back. With little to no replay value and a weak loot system there aren’t many reasons to continue playing once you’ve finished. Experimenting with the different classes would be a lot more enjoyable if there were more reasons to start the game over again.

Essentially, Warlocks vs. Shadows is what would happen if the Diablo franchise had a child with the X-Men arcade game, but instead of long and interesting levels, you play in a series of small arenas.