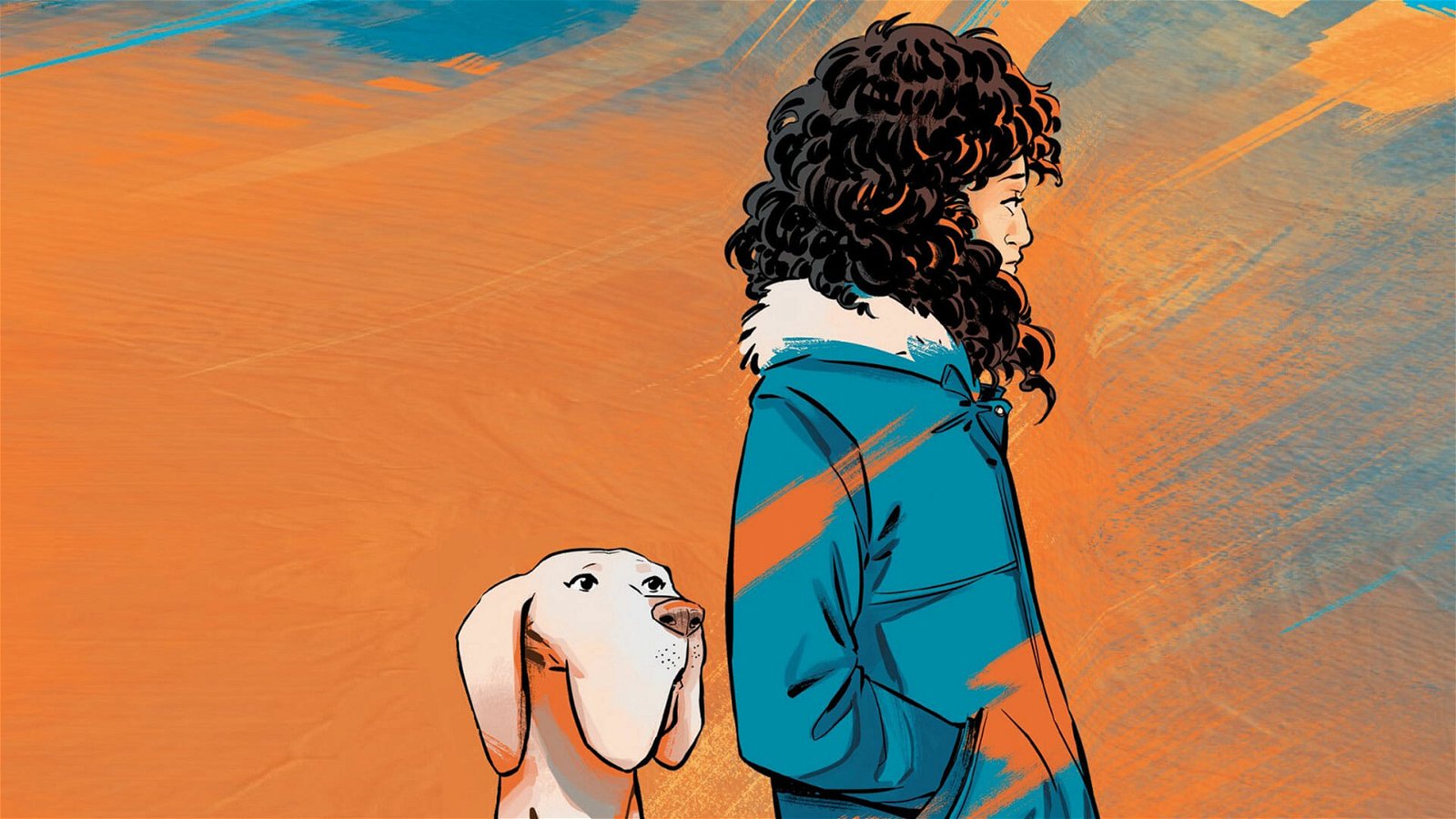 Youth have always had the power to save us all. With an unfair burden oft thrust upon them, we’ve seen countless examples of politically active youth stepping up to best adults. Be it Greta Thunberg, David Hogg, or Vanessa Nakate, young people have continued to show us their power. In the spirit of that comes Whistle: A New Gotham City Hero, the tale of a young woman who wants to change her world.

Willow Zimmerman is a Gotham youngster from Down River and she’s no stranger to political activism. She spends the mornings before high school protesting to direct funding from the police to education as a means of tackling crime ridden Gotham. After school, she splits her time between caring for her sick mother and picking up shifts at an animal shelter to help contribute to medical bills. She wears the weight of the world on her small shoulders, including the weight of managing the return of her mother’s estranged friend, E. Nigma, formerly Eddie Nachtberger. E. reaches out to Willow using one of his signature puzzle boxes, and slowly draws her into his world with a promise of flowing cash and him having turns over a new leaf.

Desperate for the money needed to save her mother, and enamoured by the glittery world of Gotham’s underground elite, Willow becomes E.’s games assistant, spending her nights (and eventually, days) planning and coordinating his elicit poker games. The girl takes to her gig well, meeting magical people like the fellow activists, Pammie Isley. But the gig keeps Willow away from the responsibilities of a young Gothamite, leaving her less time for her friends, her crush, her mother, and her activism. Soon, burned by the city and the villains amok within it, Willow re-prioritizes and emerges Gotham’s newest hero.

“Whistle is a story of an emboldened teen that will allow those like her to feel empowered, inspired, and seen.”

E. Lockhart (author of such works as the novel, We Were Liars) has created an original character in Willow, a character that will gently guide young people into the Gotham-verse. This Young Adult story portrays the city from the perspective of its youth, those left behind by the overly-policed municipality filled with colourful villains. Young people are often meant to expect adults will save them, and Whistle posits the type of young person who has been forced to save herself. She lives in a world where there’s violence from villains and police, where her education is underfunded, where her parent is unable to work or afford medical care.

She lives in that world and still finds time to kiss a boy, pat a dog, and bake rugelach. Lockheart’s story isn’t the tragic tale of a forgotten teen, but a beautiful tale of a modern youth that attempts to speak to a new generation on their level. A tale that understands their plight, or portrays it for those who’ve never experienced the reality of it. Though it can, at times, feel somewhat heavy handed to surround Willow in the protest-worthy-issues-du-jour, it is ultimately successful in engaging with the types of adult themes thrust upon this growing generation.

Lockhart’s story has a lot of fun integrating popular characters (and related easter eggs) into her story of a brand new one. We all know the familiar pseudonyms for The Riddler and Poison Ivy, and the streets of Down River are painted with graffiti referencing Harley Quinn, Nightwing, and even Zur En Arrh. Gotham fans will have fun plucking out these hidden gems, and newcomers will enjoy being brought up to speed with these familiar foes. The story restrains itself from obsessing over the Bat and does just enough to place itself in canon without ripping focus from Gotham’s newest hero.

Impossible to ignore is that Willow is Jewish. She shows her new beau Rosen Brothers Delicatessen and regale’s him with the history of Jewish people in Gotham city. These additions to the Gotham map, slotting the history of the Jewish neighbourhood and the once standing synagogues, were a gorgeous thing to see and I relished every moment of it. Yiddish words casually splashed across a DC comic page (not that it was the first time, DC canon has a good handful of Jewish characters) was striking to witness, and I found myself aching from my unmoving grin. My favourite of all the little nods to Jewish readers was the reference to one of E.’s puzzle boxes and its solution being “Cleave.” (It’s a reference to a Dybbuk box, look it up).

Art for the book is by Manual Preitano, the artist who worked on Marieke Nijkamp’s The Oracle Code. Combined with Gabby Meltzer’s colours, this orange and blue toned story has its own unique appearance that lets it stand-alone from its comics colleagues. Whistle lives in her own unique vision of the world we’ve seen strewn across countless pages, and the art helps to sell that.

This cuter-than-ever tale of a curly haired girl in Down River Gotham is as much the first act of Goodfellas as it is a YA hero story. Whistle, the alias of a young Willow Zimmerman, will reach out her hand to today’s teens and allow them to experience the famous fictional city through similar eyes. Willow speaks to all youngsters but has a special few winks for the Jewish ones. Whistle is a story of an emboldened teen that will allow those like her to feel empowered, inspired, and seen. Lockhart has spun something out of the Gotham City baddies, a story about a Gotham youngster who is a Gotham heroine. Willow stands beside other canon youth like Carrie Kelley and Damian Wayne, but Lockhart has ensured Willow has a story all her own, not attached to anyone else’s cowl.

Willow’s story is that of an empowered young woman in Gotham City, one that speaks to a new generation on their level. Gotham’s newest hero and her furry sidekick are much more than their bark. 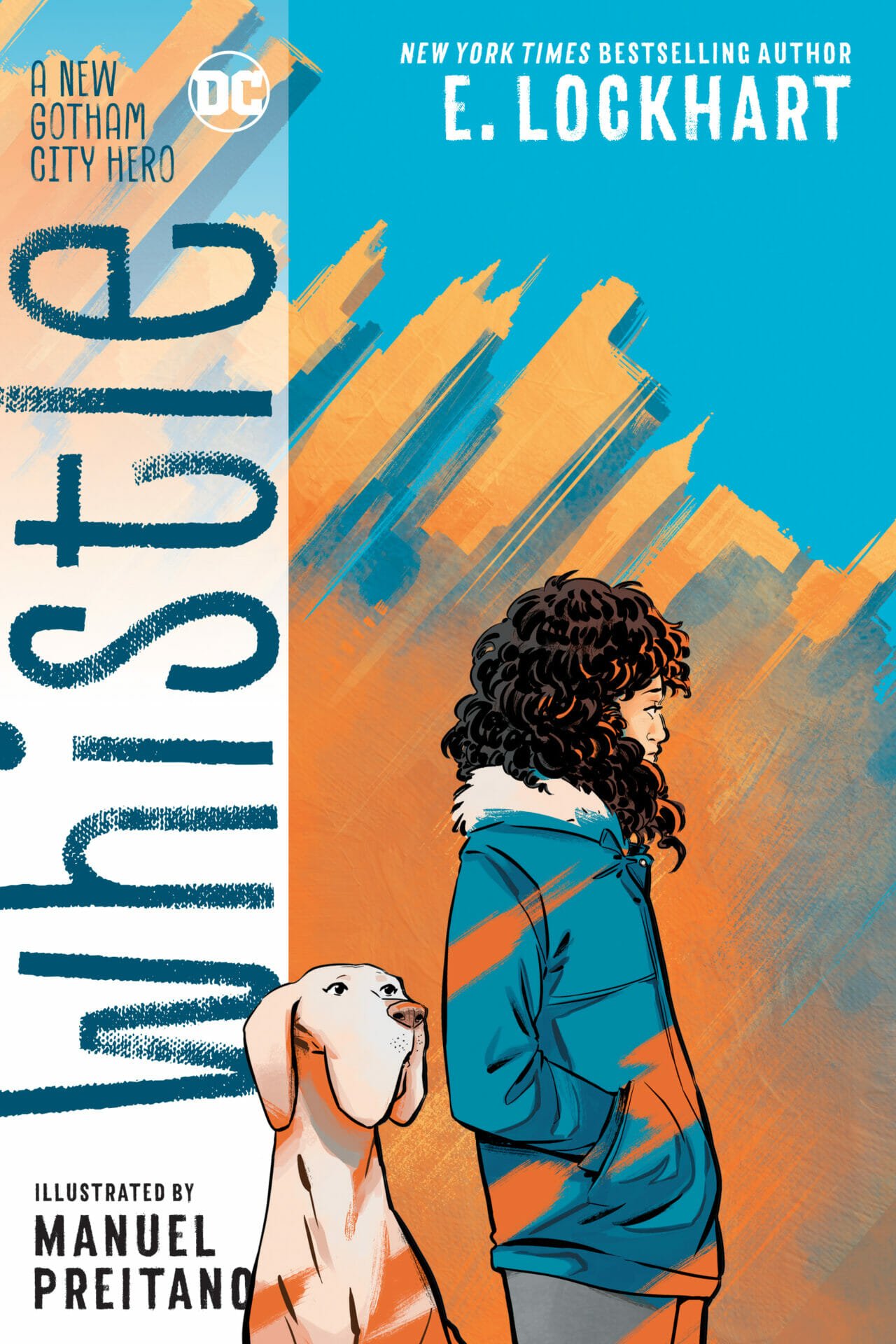