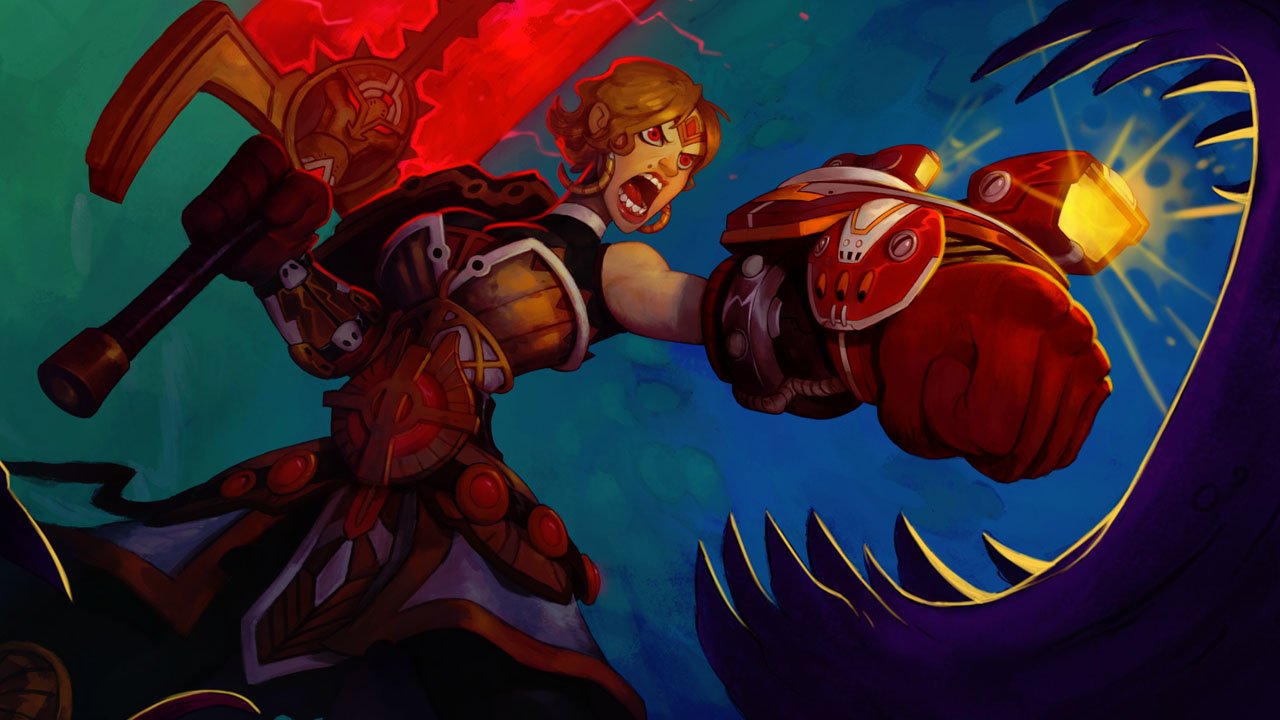 Most players with previous experience in MMORPGs have felt cheated by a particular title at some point. Often, new MMOs make a strong showing in one facet of the gameplay or another, but it’s a delicate balancing act to offer something for everyone with a fresh MMO, while offering enough of any one thing to hold the interest of players who may be coming in from other games and bringing their high expectations with them. Far too many big name MMOs in recent memory have attempted to address minor flaws within established giants like World of Warcraft, while missing the larger picture and leaving their players feeling the dread of an empty or uninspired game world.

WildStar comes to the table with some of the most delightfully beautiful visuals I’ve ever seen in an MMO. The stylized art is simply stunning, and feels like it perfectly embodies the tones and themes that the story sets out for the player. Stylized graphics also have the critical benefit of aging well. The colour palette ranges from vibrant and inviting to expressively grim, all with a cartoonish veneer. It’s silly, without being childish, and stylish, without being boring. The environment also pulls off the clever trick of being its own mechanism for storytelling. As players progress through the story, the world shows signs of the events that are unfolding. Different zones in the game aren’t just about different flavour and a change of scenery, but instead reflect the passing of time and different stages of colonization on the world of Nexus.

While on the topic of clever tricks, WildStar‘s Path system, one that sees players choosing to specialize as a Scientist, Explorer, Settler or Soldier, gently nudges players in the direction of extra tidbits of information, affording juicy morsels of lore about the Nexus, the game’s world. Paths are the first of the game’s time sinks, but they offer practical benefits as well, ranging from unlockable group summons, to the creation of buff stations that benefit anyone who visits them. With the exception of the explorer, which is aimed at players who play form a completionist perspective of seeking out every possible nook and cranny, the paths can easily be levelled up through regular progression, never taking you too far from the action, but leading you just far enough to feel like whatever you stumble upon is a reward.

As for WildStar‘s combat, it’s important to note that none of it is simple right-click auto-attacking. Every attack and every heal lays a “telegraph” on the ground, showing a zone that it will affect. These can be moved and manipulated by positioning your character during the casting, right up until the moment your ability connects. As a result, every bit of combat, even with the simplest of trash mobs, is both engaging and dangerous. Crucially, though, unlike other games that have attempted this, WildStar does so in an incredibly responsive, and beautifully intuitive fashion that actually works. In that regard, WildStar feels like the thinking man’s (or woman’s) MMO and it doesn’t take long for the system to become second nature in PvE content.

WildStar offers an excellent assortment of group content to its players, ranging from the traditional dungeons to the game’s interesting choose-your-own Adventures that bring some much needed replayability to help counter the tedium of traditional group content. Both Adventures and dungeons also reward bonus loot at the end to all participants based on a rating system that evaluates time taken, bonus objectives completed, and number of deaths incurred, which adds yet another layer of challenge and replayability. At the other end of the spectrum, the Raids in WildStar are made for 40 players, and while this does offer a truly end-game experience, easily grabbing the attention of classic WoW players, they are also among the games more restrictive content, as anyone who has tried organizing 40 players will no doubt tell you that it’s rarely easy. This falls in line with WildStar‘s overall more challenging appeal, though, as simply levelling from a fresh character to the cap of 50 is no easy task, often requiring players to more thoroughly explore the options available to their class in order to tackle the increasing difficulty as they rise in level. All of this means that even small feats in WildStar turn out to be deeply rewarding, which is yet another clever trick to WildStar‘s credit.

As for structured PvP, two battleground-style options are on offer. One is a single-flag capture the flag style setup with the ability to steal from the enemy’s base. The other is an advancing attack and defend style mode, with satellite control points to speed up capture of main bases.  Both are fresh takes on familiar game modes, and are frantic and chaotic at early levels when the telegraph system is still new, and varied and strategic at the higher levels as players start to master their class. The game also offers the PvP equivalent to Raids in what it calls “Warplots.” These are massive 40v40 undertakings in which teams build and customize their base using items both purchased or created through the in-game crafting systems , and lay siege to that of their enemy.

And now we come to what are perhaps the most important elements in any MMO; the customization and the time sinks. On both a micro and a macro level, WildStar is all about owning the experience. Even the vanilla user interface can be independently scaled, moved and even disabled as the user sees fit. The crafting in the game offers some very fresh methods of progressing as well, opting for a branching tech tree, rather than level-based unlocks that a player must grind. In addition, every item that a player creates has his or her personal touch imparted upon it, ranging from individual stat-point allocation on gear, to tweaking a cooking recipe with additional spices to discover new benefits from the resulting food. For the truly dedicated, though, the game’s Architect tradeskill will see players creating hundreds of different possible items for use in both the giant Warplots PvP mode, as well as Player Housing. This is where WildStar stands out from the pack, as the housing is both decorative and functional. Players can have hundreds of placed decorations at a time, in addition to larger functional sections called Plugs. Plugs a pre-fab kits that that have the added benefit of a teleport to other zones, and numerous challenge event locations that reward players with items, decorations, gear dye and more. There are even plugs that generate the game’s resource nodes. Some of these can be purchased, but most of them will be rewarded by the game’s other great time sink, the challenges. These range from mini kill-count feats, to gather-fests, to hilarious item-use events and typically only last a couple minutes. Once completed, a challenge presents the player with a series of rewards to choose from and assigns a weight to their chance of receiving their choice based on their performance.

In a time when we see a decline in subscription-based games, and a rise in quality free-to-play titles, WildStar strikes a happy medium. An MMO is an incredibly expensive thing to maintain, and gating content in a F2P title is often regarded as an underhanded method of solving this issue. WildStar offers  a $15 monthly fee, but unlike most subscription-based titles, it also offers the option to purchase what it calls C.R.E.D.D.. The primary function of C.R.E.D.D. is two-fold, allowing players to trade in-game currency for play time, should they have an excess of platinum. Perhaps more importantly, though, it eliminates the viability of third-party gold farming, as any player looking to make some quick in-game money can purchase a C.R.E.D.D. directly from Carbine and sell it for platinum using the game’s market exchange. This allows players with an excess of time or resources to pay for the game by playing while, critically, keeping the money going back to the developers where it belongs and will hopefully keep WildStar up and running for a long time.

WildStar is a brilliantly satisfying experience. Everything about the game is designed to be rewarding, from the sound of the reward selection, to how enemies physically explode in a shower of loot when slain, or the fact that simply progressing through the game requires you to understand your class and do more than simply mash buttons to survive. Paired with the wonderfully rich story and environments, beautiful art style and colours, and outrageous sense of humour, WildStar feels from the very first moment like it was all designed to make you happy. While it’s had its teething problems as almost any game has, Carbine’s vigilance in squashing bugs, balancing classes,  wrangling exploits, banning hackers, and even adding two entirely new zones within its first month shows a dedication and a passion that gives me real hope for the game’s future. Like everything in life, it’s not perfect, but I’ll be damned if it isn’t close.

WildStar comes to the table with some of the most delightfully beautiful visuals I've ever seen in an MMO.