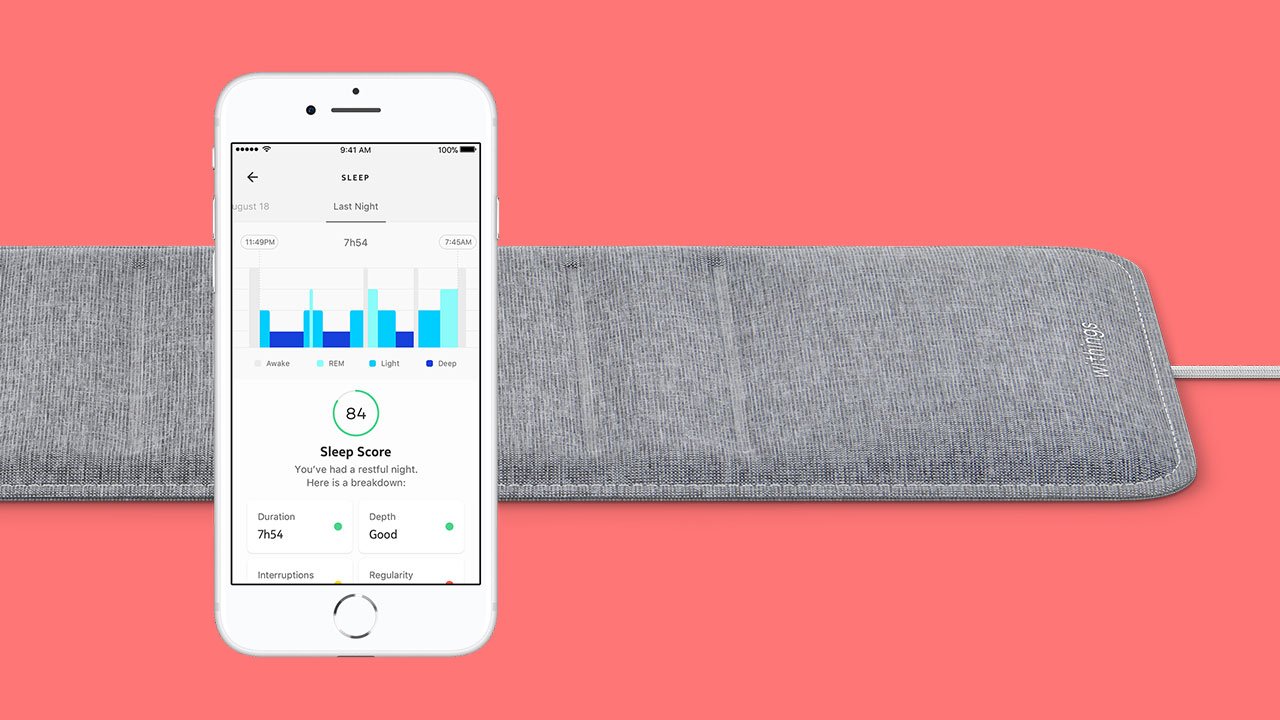 Sleep is everything. Every hour of it measures our level of consciousness in the day-to-day. Withings’ Sleep Tracking Mat has a good sense of what it’s like to measure life based on a good night’s rest. This adds a surprisingly handy product in another growing corner of the fitness market. But while it can lead to a frustrating beginning for users, the Sleep Tracking Mat starts adding real depth in counting hours.

What makes Withings’ Sleep Tracking Mat so particular is how it concentrates fully into one typical part of every health app. Sleep is just one of the features users find themselves going back to more, while Withings has created a tool specifically just for that. I didn’t mind the integration with yet another health app as much, thanks to some really pleasant UI presentation which does arguably better than major competitors. Unlike most sleep-integrated products, Withings prides itself on making this a wear-free item. In hindsight, users are practically making their mattresses alive; both with a personality and intelligence.

This is where Sleep Tracking Mat benefits from a deceptively easy setup at first. It only took several minutes to plug the USB power cable and slide the Sleep Tracking Mat underneath my mattress for pairing. That’s about it for setup, as Withings makes using the Mat as easy as closing your eyes. After 10 minutes, users can dive bomb into their beds for a first tracking (which is hardly an excuse to start napping). But I enjoyed the idea of letting my smart watch charge and not losing my sleep tracking.

Subjectively, the setup and tracking were two weak links. My unit was unfortunately tricky to use in the first week due to having an oddly-shaped mattress. Withings’ Sleep Tracking Mat works optimally with typically flat beds with commercially owned mattresses. These would be the flat, soft and weight absorbing mattresses that are applied for the Sleep Tracking Mat. My pressure didn’t exactly translate into our review unit, which tracked sporadically with missing hours in the first few nights.

It wouldn’t be a problem if the unit had worked in most sleep environments. But I gave the unit a second chance to suit my own particular needs. Resetting took me longer than expected, even if my Mat refused to re-pair through Bluetooth. But luckily, a small pin-sized reset button got me back on track. This opened up the Sleep Tracking Mat’s deeper settings, which lets users actually turn up the sensitivity. It was an incredibly game-changing feature which caters to underweight sleepers, but still has a long way to go for perfect tracking.

Regardless, Withings’ Sleep Tracking Mat was enough to impress me in the next week of testing. It works as users would expect by picking up the real numbers during sleep. Aspects including light sleeping, REM (Rapid Eye Movement) states and deep sleep are accounted for. The app does a great job by showing the total number at the top of a very detailed, easy to see graph. This happen s every night, with users being able to tell apart their sleep with colour-coded states. For example, I found out that I’m an incredibly light sleeper. I also went into REM states, as a way to make up for a lack of deep sleep every night.

"...the product impressed me by actually counting my interruptions, while using it to subtract sleep time."

As a lifelong insomniac, Withings has definitely thought about the tricky sleepers in their Sleep Tracking Mat. It’s why the product impressed me by actually counting my interruptions, while using it to subtract sleep time. The information is dense enough to give users an idea of their sleep apnea, which helps explain day-drowsiness. The snoring feature is a bonus, which records wavelengths of the moments and delivers a total time. This does more for users who have an obstructive sleep apnea, or habitually wake up from a big snore. The Sleep Tracking Mat addresses these aspects and uses its sensors to every advantage under your mattress.

The app starts to tell when you’re actually knocked out, or using your phone in bed. This took away my worries of needing to be away from bed on lazy days. In short, the Mat won’t accidentally track you after the first week. I’ll admit that gamifying the sleep process helped me with a challenge for improving things. There’s a tangible in-your-face message from Withings to change sleep with doable steps. The scoring at the end of every night is reflected as a performance, which gives sleep and wake up times a whole new commitment. If there’s a permanent takeaway from the Sleep Tracking Mat, it’s being aware of what happens when you close your eyes.

But a major downside comes from how focused the Sleep Tracking Mat is on tracking sleep on a fixed, nightly basis. There’s little focus on users who sleep for multiple periods across a day. I would have liked to see some consideration on counting naps. Specifically, for users who sleep less at night and balance out with naps during the day. This suggested to me that Sleep Tracking Mat works best in a fixed schedule - as it was intended to help users get back to.

"...Withings’ Sleep Tracking Mat does better than some wearables that count sleep as a tacked-on feature"

It’s because of these considerations that Withings’ Sleep Tracking Mat does better than some wearables that count sleep as a tacked-on feature. The Mat takes the information to offer honest sleep figures, which can surprise users into making changes. Thankfully, the Withings app does just that. It can add suggestions based on cookie-cutter advice, but gives users enough of their own agency to improve sleep interruptions or other apnea symptoms. I kept looking at the time needed to sleep, which helps me get to bed earlier (knowing I won’t pass out immediately).

The trends then follow other health apps with ratings. I didn’t mind getting the scores, which encouraged me to sleep better each time. There’s never enough of a good night’s rest, which is how Withings designed their own sleep program. Its Sleep Tracking Mat also uses your age, weight and other body information to find that “sweet spot.” The rating is measured on how long users can stay asleep for. Getting a good rating would supposedly reflect on the rest of your day after sleeping a full, healthy night.

For reference, the Withings app shows every night as a page. Users can easily swipe left and right to check their records, which makes the process incredibly natural. The app’s Sleep section even has modes for looking at weeks and months at a time. This adds up a total score for the long term; something users can use to improve their circadian rhythm.

Withings’ app is also part of their family for other health tools. Users looking to get the best sleep results can log other info like diet, heart rate and exercise. This helps narrow the results and causes a bad night’s sleep. But it’s entirely optional, as the Sleep Tracking Mat works well without doing anything else. Withings isn’t exclusive for phones, giving users a benefit of using their Apple, Google or email accounts. They can also browse their data on the desktop site, which lays out the mobile information for printing or easy to read presentations.

There’s little to no bloating with the Sleep Tracking Mat’s information. It’s why I found a renewed interest in counting my sleep when smart watches couldn’t. The mat took a few bad nights of tracking until it found solid footing. Once things start picking up, the Sleep Tracking Mat can accurately record every up and down of your habits. This information gives users more than what they want to know every night and adds a new level of awareness for sleep.

Final Thoughts
The wear-free Withings Sleep Tracking Mat can be frustrating to start with, it goes all in by tracking sleeping habits through smart scoring and honest trends.
More From CGMagazine 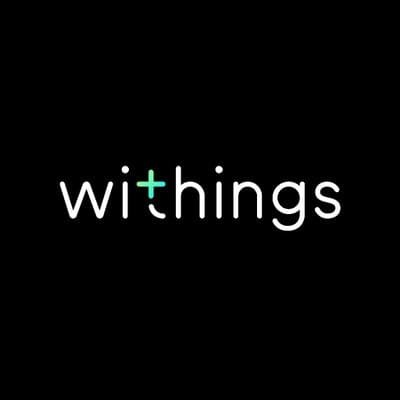