Through the Woods (PC) Review 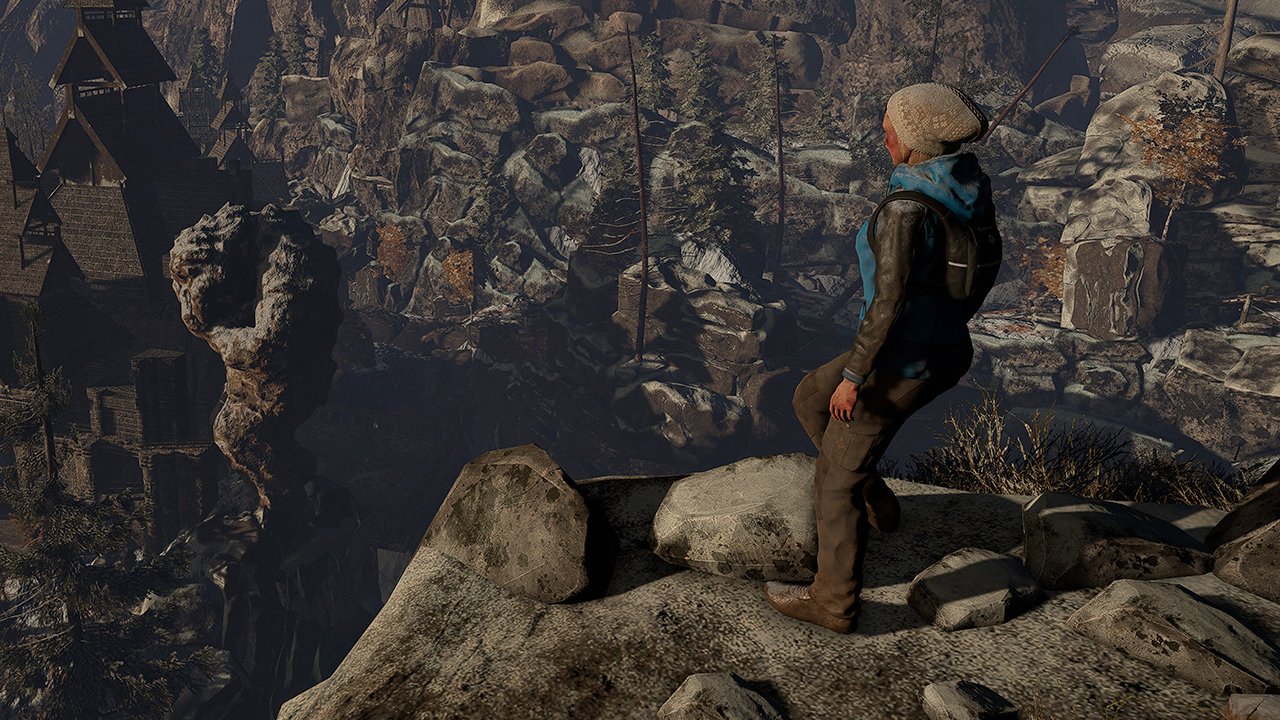 Gaming enthusiasts love to wax nostalgic over Silent Hill, and pine for what could have been with Silent Hills, but very few seem to understand why those games were special. They weren’t really characterized by jump scares or loud noises meant to elicit cheap jolts of adrenaline. Instead, the true terror came from the atmosphere, the dread, the implications of the narrative – the horror was a quiet burn as opposed to a loud explosion. So when people compare games to Konami’s practically dead franchise, I usually roll my eyes, because usually their “it’s like Silent Hill” translates to “it scared me.” Taking that into consideration, then, you’ll have to trust me when I say that Through The Woods is the closest we’ve gotten to a Silent Hill-like since… um, Silent Hill Downpour, I guess?

It starts with the primordial dread instilled deep in the narrative. A mother is living in relative isolation with her son, and wakes up one morning to find him being taken by a man in a boat. Swimming after him, she finds herself stranded on a foggy, desolate island. The further in she treks, the more she realizes that the island may not be as abandoned as she previously thought. Trolls, witches, wolves, and all sorts of other nasty creatures stand between her and her son. Armed with a flashlight, and a torch at one point, players will have to outrun and outwit the horrors of the island if they hope to save the kid.

That said, you might not want to help the protagonist by the end of the game. Through the Woods has one of the most detestable main characters in recent memory, and I kind of love it for that. The more you learn about this broken family’s backstory, the more you’ll realize that this is a woman who joins the ranks of Silent Hill 2’s James Sunderland in terms of being a thoroughly awful human. While I couldn’t help but empathize with her, her quest for personal redemption is marred by the fact that she might not deserve it. It’s a sort of morally ambiguous yarn, through and through, which is the cloth that the best psychological terror is often cut from.

Which is why Antagonist’s game is deserving of so many props, I feel – they’ve managed to craft a product that scares naturally, without resorting to cheap gimmicks. Much like this year’s earlier Here They Lie, but a lot scarier, Through the Woods lets its atmosphere, its twisted creatures, and its truly horrifying lore speak for themselves. Murky water splashes behind you as you wade through a bog, gnarled silhouettes amble around in the distance, and thoroughly depressing backstory unfolds with each abandoned village you explore. Even moments where things startled me weren’t canned jump scares – the AI legitimately tricked and surprised me, leading me to jump when I was already on edge from their unsettling snarls and the protagonist’s heavy breathing. No game this year has managed to scare me this much.

Perhaps that’s because of how committed Through the Woods feels to its mechanical simplicity. There’s no combat, but it’s anything but a walking simulator (see Layers of Fear) or an idle wait for the next jump scare (see Five Nights at Freddy’s.) You’ll crouch behind rocks, creep through tall grass, and aim your flashlight to ward off some of the abominations you’ll come across, but that’s about it. Yet that’s all there needs to be. The monster AI is intelligent enough to carry the game, and you’re never suckered into linear pop scares. It’s far creepier to see things that’ll rip you apart in an instant looming in the distance than for them to jump out at you, at least as far as games are concerned. A sense of foreboding, constant dread is a hallmark of great horror titles, and Through the Woods has that in spades.

That said, some of my praise is more reserved than I’d like it to be. Through the Woods is a bit rough around the edges, unfortunately, and the places it’s unpolished definitely hurt. For starters, the cutscenes are incredibly stilted and awkward, to the point where the actual gameplay feels more cinematic. This is compounded by voice acting that’s a complete mixed bag. The protagonist’s voice actress is downright chilling, especially with her haunting internal monologues, but the son and most of the other ancillary characters made me laugh for the wrong reasons. While part of me was charmed by what felt like a throwback to survival horror titles of old with janky performances, there’s no denying that some emotional impact was lost.

Also worth noting are the game’s odd performance issues. The game didn’t like running at anything higher than a 1900×1080 resolution, which made my 3840 x 2160 monitor a little sad. Considering I ran Battlefield 1 at the same resolution and max specs a few days ago with no lag, one can only surmise that it’s an optimization problem on the game’s end. Steam reviews seem to be vouching for that as well. That said, it’s still quite a pretty game, and ran at significantly more than 60 FPS at 1900 x 1080. It houses some truly astonishing lighting effects and topiary details, not to mention a focus on fog and obscured vision that hearkens back to the Silent Hill franchise.

There I go with another Silent Hill comparison, but with Through the Woods, it can’t be helped – it feels very influenced by the late, great franchise, especially the combat-less Shattered Memories. The cerebral and unsettling narrative, the willingness to “go there,” the lack of cheap scares… it’s the sort of horror game I want more of. Despite its warts, Antagonist’s little game that could (the credits were ridiculously short) managed to leave a lasting, haunting impression on me.

If you can look past some awkward presentation and performance flaws, Through the Woods is one of this year’s most surprising games. It’s an unsettling, sad tale of a truly damaged person, and a creepy fable for the 21st century. Anybody looking for a short, sweet dose of existential dread will most likely come away satisfied.

Through the Woods is a sad, haunting tale that manages to scare without being cheap or easy, and one of this year’s best horror games.