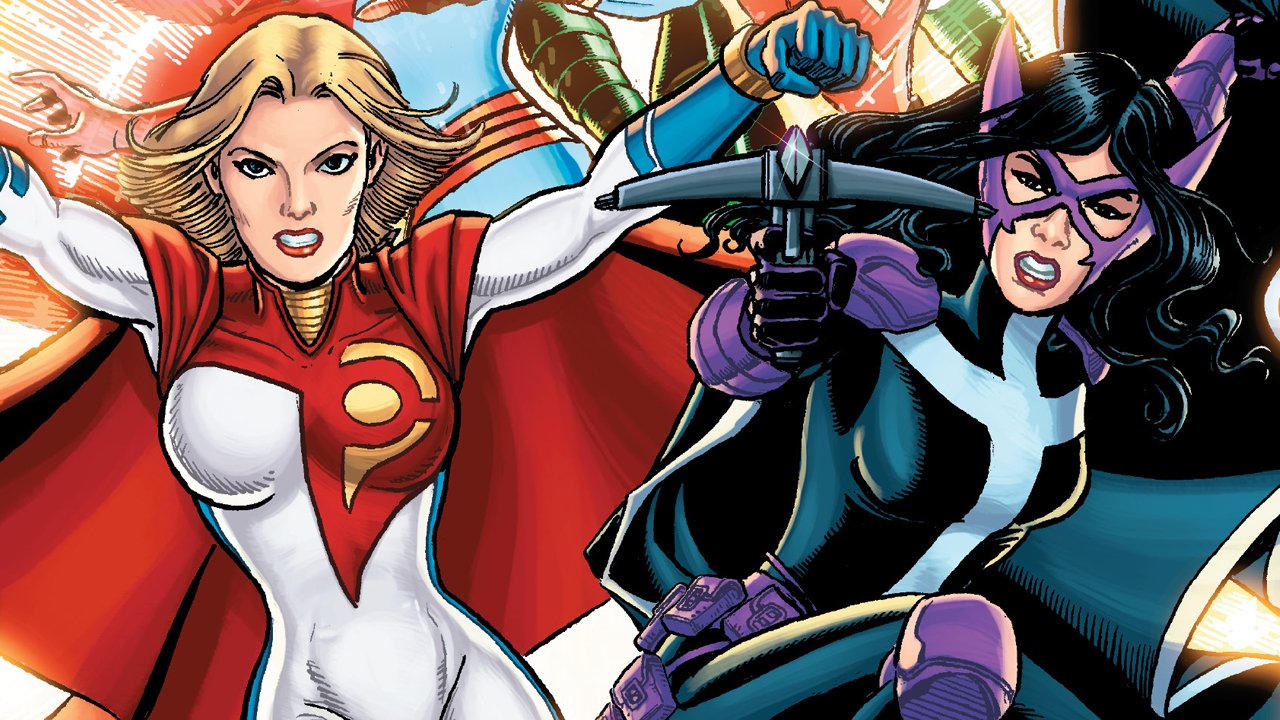 Prior to the release of this first issue, Worlds’ Finest had been one of my two most anticipated books to be launched as part of DC’s New 52 second wave, yet sadly the end product wasn’t quite able to live up to my hopes and expectations.  The book isn’t bad by any means, as Paul Levitz and George Perez put together an enjoyable product, it just felt a little slow and boring, lacking a certain flare or fire that would have made the issue more engaging and enjoyable.  Picking up on a thread from Earth 2 #1, Supergirl and Robin have found themselves stranded on an alternate reality version of Earth, where they don’t exist, and their relatives (Supergirl’s cousin and Robin’s father) are younger and different than the versions they remember.  Vowing to stick together, the two characters decide to find their own way in this new world, going about it in very different ways, fitting their very different personalities.  For Supergirl, this means spending the last five years amassing a fortune, acquiring high-tech companies, and trying to find a way to breach the dimensional barrier and return home to their reality.

This issue was mostly set-up, explaining who the characters are, showing their bond, as well as their first arrival into the prime Earth reality where most of DC’s stories take place.  The characterization for both characters isn’t overly developed at this stage in the game, although I would have liked more explanation on just what the characters were up to during their first few appearances in the New 52, as Robin / Huntress showed up in a mini-series, ostensibly about Helena Bertinelli until it turned out she was really Helena Wayne from Earth 2, and Power girl showed up in Mister Terrific, one of the New 52’s casualties in the first wave.

The artwork is handled by two different artists, George Perez on the present-day action and Kevin Maguire handling the flashback portions.  I don’t know what it is about Perez’s work, perhaps it’s the colouring or the inking, but it lacked a certain spark throughout the issue.  It actually made me think of some of Jerry Ordway’s more recent work, which was a bit old-fashioned looking, lacking a certain flair or panache to make it memorable and jump off the page.  This isn’t his best work, and the character designs feel tired and boring as well.  Power Girl’s costume is absolutely hideous, and is actually altered from the original promo shots of this issue’s cover.  It’s a change that definitely isn’t for the better.  Perez’s handling of the Huntress costume was also quite lackluster.  The flashback panels by Maguire were much more enjoyable to look at, but they weren’t enough to really stem the tide of mediocrity in this issue.

The greatest sin this comic makes is that it’s boring, relatively uneventful, and uninteresting.  It fails to grab the reader and make them take notice of the story unfolding, the characters feel fairly bland, and it’s just an exercise in mediocrity.  It’s definitely not horrible, and the artwork isn’t actually bad, it just isn’t all that engaging, entertaining or interesting.  I can only hope that next issue improves upon this one, otherwise I won’t be sticking around with this title for long.

I can only hope that next issue of World’s Finest improves upon this one, otherwise I won’t be sticking around with this title for long.