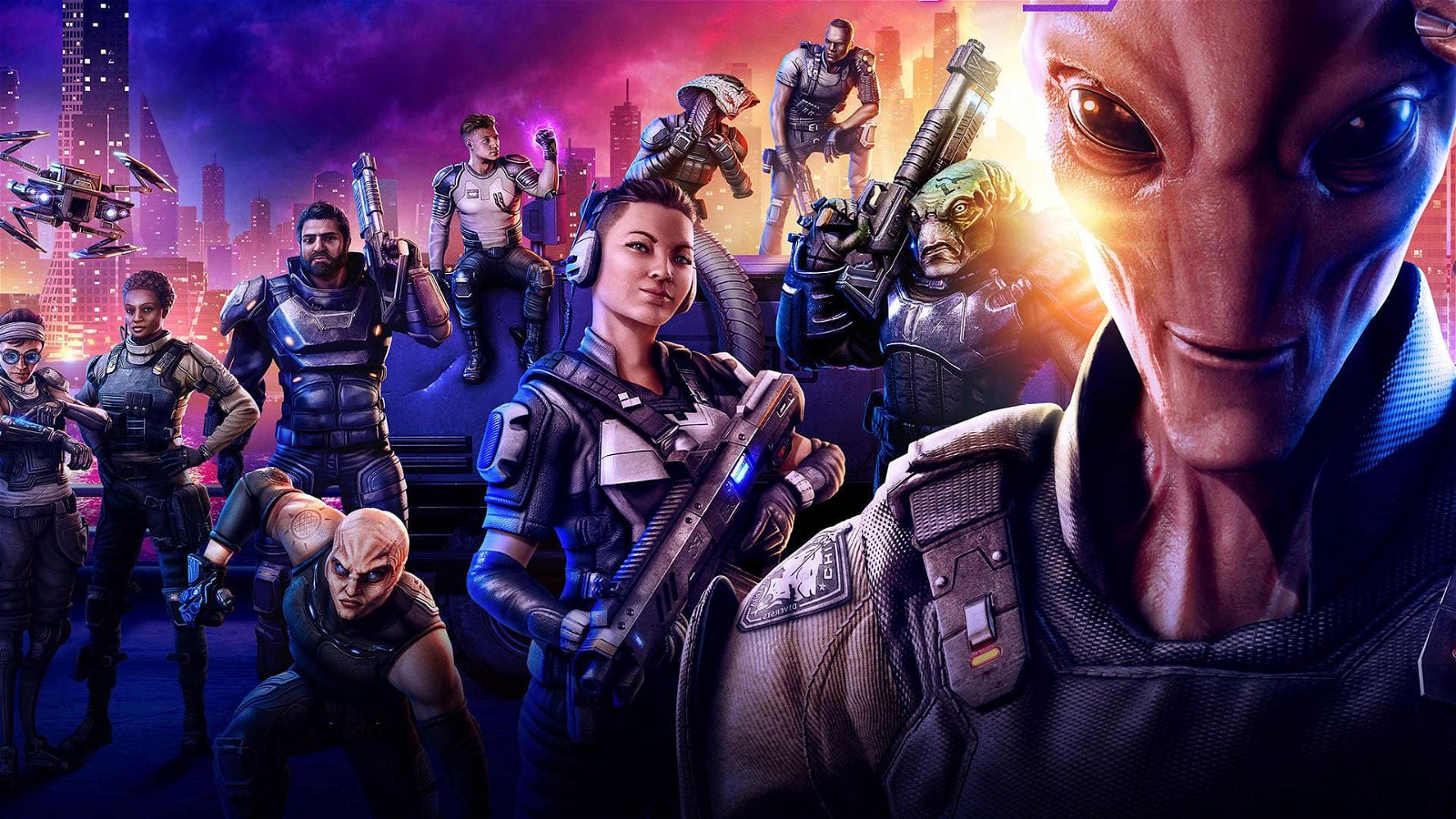 It came as a surprise to many players last week when strategy game veterans, Firaxis Games, suddenly announced not only a new XCOM title but also announced that the new spin-off would be hitting Steam in just a week’s time. XCOM: Chimera Squad definitely shares the same DNA as its predecessors, but the formula we’ve come to know and love has been tweaked significantly with a host of new gameplay changes that both new and returning players to the franchise should look forward to experiencing.

Set five years after the events of XCOM 2, humans, aliens, and hybrids have begun to coexist in the prosperous metropolis of City 31, albeit with some resistance from radical factions who would rather see their own species succeed over others and put the city into a state of anarchy. This already uneasy coexistence is quickly thrown into disarray, however, when the leader of its movement is assassinated, which is when the diverse peacekeepers of Chimera Squad are called in to investigate who’s responsible for this heinous act and bring them to justice before City 31 collapses from the ensuing tension.

The first departure XCOM: Chimera Squad takes from the franchise’s established formula is that players are no longer in control of creating their own squad of characters, instead they will be exclusively recruiting from 11 possible agents, each with their own personality and unique set of abilities to use in combat. I enjoy the new direction Firaxis is taking Chimera Squad by putting more of an emphasis on character and story in an XCOM title, but not all of the elements mesh together as well as I’d hoped.

Starting with what Firaxis did right, I quickly became attached to nearly every member of Chimera Squad I recruited because of how unique each member’s skillset was in combat. Highlight agents for me included the likes of the mind manipulating Sectoid, Verge, the poison inducing Viper, Torque, and the CQC Specialist Hybrid, Zephyr. None of these agents played similar to what I had experienced before in previous XCOM titles, which made me want to experiment with more Chimera Squad members and create different team compositions to develop new synergies. This was by far the most addicting part of Chimera Squad’s house-made characters.

While many of the characters synergize well with one another during gameplay, that chemistry sadly doesn’t translate over into anything meaningful in the limited amount of dialogue shared between them during missions and briefings, which is a shame because there was definitely potential here to build up the cast of Chimera Squad and explore their relationships to add more depth to the story overall. Instead, communications expert, Whisper, and Director Kelly are the ones whose job it is to coldly carry the player along the plot of the ongoing investigations.

The primary objective of XCOM: Chimera Squad may be to investigate which group of radicals is behind the assassination of one of City 31’s finest, but when Chimera Squad isn’t out in the field, players will have to micromanage the city’s multiple divisions to make sure it doesn’t implode from civil unrest and anarchy. To do this, players will have to go on side missions, collecting intel, building field teams and sending individual agents on spec ops missions to ensure the city is firmly in their control. As investigations progress and more of the radical factions are defeated, keeping the city in check will become harder. More districts will be neglected, as multiple missions pop up at once, and players will need to use valuable field team cooldown abilities to put a temporary bandage on the growing chaos. This phase of the game is also where players will assign their agents to research new gear for Chimera Squad to use in the field , as well as a training hall where players can spend time to let their agents learn new abilities or be healed from scars they’ve obtained during combat.

One of the highlight mechanics of XCOM: Chimera Squad is the all-new breach mode. Before an encounter in a mission begins players can strategically choose what breach points they want their squad to enter in from, and in which order, to get a drop on the unsuspecting enemies within. Adding on to the importance of good team composition, certain breach points can only be unlocked if the player has brought either the right agent, or the right corresponding piece of equipment. Once the agents breach the player is free to shoot at whatever targets are in their range, which they can use as an opportunity to take out one large enemy or weaken multiple targets to make them easier to pick off down the line. What makes this mode even more strategic is that different breach points can provide both positive and negative modifiers into the encounter so players have to constantly weigh their options because one bad breach could potentially spoil a whole mission for their agents.

Another major change up XCOM: Chimera Squad introduces to the franchise’s strategic combat is an interleave turn order. This means that instead of the player controlling all of their units at once and then handing the turn off to the enemy, now each unit and enemy is represented on a timeline bar. This timeline presents a whole new level of strategy to the combat that I loved immediately because it made me have to use my agents’ abilities to their fullest and find ways to manipulate the turn order to my advantage.

For example, while using Chimera Squad’s resident healer, Terminal, I easily had over five options on how I wanted to approach my turn during an encounter. I can kill a weakened enemy who is about to go next in the timeline, I can heal an agent I predict could bleed out if they were targeted, I could use a skill to pin down an enemy to skip their upcoming turn or I could even move up one of my own agents in the timeline using the once per mission ability, team up. It’s amazing how much the gameplay shifts in XCOM from just by introducing this one mechanic. Before I felt comfortable using staple abilities like overwatch and fighting enemies from a distance until they entered my range, but now I can’t focus on defence as much as I used to because it’s no longer an effective strategy in these closer ranged engagements.

While many of the XCOM staples have been remixed in different ways, the one that hasn’t is accessibility. Whether you are a person who is new to strategy games or an iron man veteran, there are plenty of options and modifiers available in XCOM: Chimera Squad to tailor the experience to your desired difficulty level. If those options aren’t enough, however, then the thriving XCOM mod community will no doubt supply them in due time. Even when the devs themselves have finished patching the game or releasing new content, this community of modders continues to keep XCOM games alive for years to come with new ways to play and amazing skins.

XCOM: Chimera Squad is yet another fantastic addition to the 25-year-old franchise’s quality lineup of titles. Firaxis Games has definitely used this entry as a testbed for a wide suite of mechanics and story elements, and for the most part, each new element has added a new dimension to XCOM’s gameplay for the better. The weakest element is still the story and the limited use of this new cast of characters, but Chimera Squad gives me hope that Firaxis can learn how to execute these elements better next time if they were to ever show up again in an upcoming XCOM game.

XCOM: Chimera Squad is yet another fantastic addition to the 25-year-old franchise’s quality lineup of titles, delivering a new suite of mechanics that bring a whole new dimension of strategy to its already addictive combat. 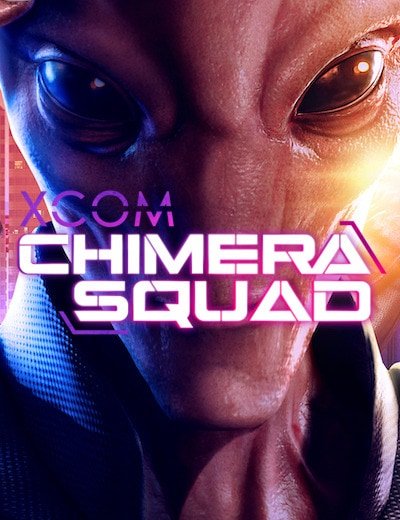