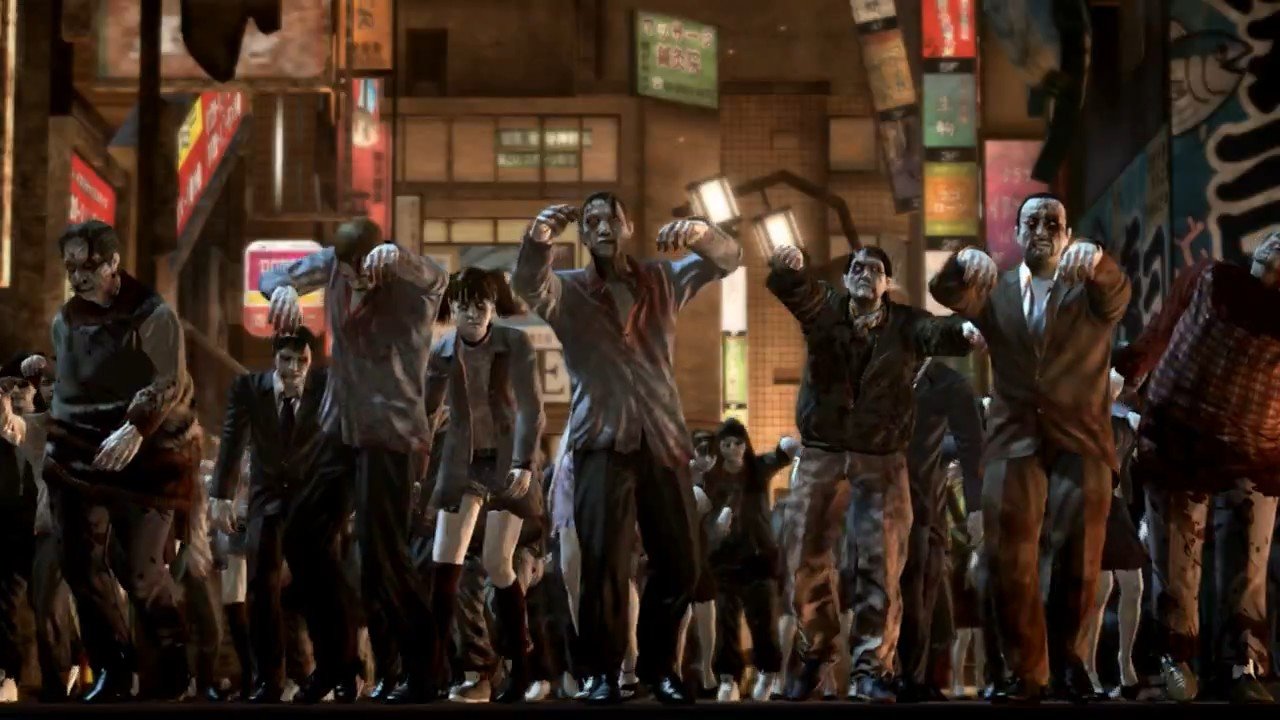 The Mob Versus The Undead

That, in a nutshell, encapsulates the premise of Yakuza: Dead Souls. Sega has taken the rough n’ tumble gangster soap opera and dropped it into the middle of Romero-Land for a bizarre fusion that is—as expected from a Yakuza title—melodramatic, chaotic, or just downright surreal from moment to moment. It’s an unexpected experiment in departing from the formula that has made this one of the most popular series in Japan. It’s just too bad it wasn’t very well executed in this case.

The fictional district of Kamurocho—which is a virtual digital copy of the Shinjuku area of Tokyo—is inexplicably being invaded by zombies. As with the previous title, Yakuza 4, Dead Souls takes the narrative mechanic of telling the story through the view of four different characters; Shun Akiyama, who was a main character in the last game, Ryuji Goda, who was previously an antagonist in Yakuza 2, Goro Majima, who’s been a regular supporting cast member through the series, and of course, Kiryu Kazuma, the star of the series. As the story progresses, their various threads tie together as they attempt to plumb the mystery of why zombies are appearing in downtown Tokyo, and why they seem to have it in for the Tojo clan of the Yakuza specifically. To say any more would both spoil the story and take way too long to explain as there are the typical labyrinthine plot devices the series is famously known for that take anything straightforward and turn it into soap opera for macho dudes.

Presentation-wise, the game still uses the same engine employed in Yakuza 3 and Yakuza 4, which, while no longer as impressive as it was in 2009, still does a great job—particularly in cut scenes—of capturing the nuances in the Dudely Soap Operatic performances of the main characters. What starts as a cut n’ paste of previous game environments gets a new twist in the form of the gradual destruction of Kamurocho as the zombie infestation spreads from chapter to chapter. The beginning of the game is pretty much Kamurocho as fans have known it in the past two titles, but eventually new buildings open up, pathways are blocked by wreckage, and familiar restaurants like the Kyushu No. 1 Star are under siege. For the most part however, Sega has played it safe and recycled the majority of graphical assets from the past games, excepting of course, the zombies themselves. The audio side of things has little to complain about, aside from perhaps complacency. The usual top notch Japanese voice acting is accompanied by all the familiar sound effects and the hysterical see saw of heavy guitar riffing music and techno. The sound here doesn’t move the series forward in any way, but it doesn’t slip backwards either.

Where everything starts to fall apart is the gameplay.

The timing on Yakuza: Dead Souls is bad, because this same team has recently released the quite competent, 3rd person shooter, Binary Domain. If you compare the two games, you’d never know they were done by the same developer. Binary Domain is, from the ground up, a game built around fast, frenetic shooting action. The same should be true for Yakuza: Dead Souls, but instead, the developers have simply retro-fitted an appallingly bad shooting mechanic onto a game built for brawling, and it creaks, groans and breaks at every opportunity. The Yakuza series is about fast combos, dodges, and quick turns to pummel groups of people assaulting you. Taking some duct tape and a small torch to arc wield shooting mechanics on top of that basic engine doesn’t play out as smoothly as Sega might have hoped. The first problem comes from the unusual and largely unintuitive control scheme, there are few options for reconfiguring your button layout and none of them are ideal, with the default being an awkward “L2 to aim, R1 to fire” mechanic that is stiff and clumsy. The other problem is with the way the game handles the actual shooting. There is a soft auto-lock of sorts that works spectacularly badly. When you go for precision aiming and snap into that mode, it’s often the case that the character, while facing the right general direction, is often many degrees off in aiming. Missing at close ranges happens on a regular basis because of this. In fact, the best way to play the game is to not aim at all, but simply run around, firing in the general direction you desire and hoping that the much more generous auto-targeting in this mode does the job for you. The end result is a shooting game in which the shooting is actually the most unfun portion of the experience. It is unresponsive, unpredictable and clumsily implemented. It’s a noticeable hack job on a game engine that was never made for it.

It’s a shame too, because when Yakuza: Dead Souls does what the franchise does best—gang politics, dudely soap operatics and bizzarely off tangent mini-games and side quests—it reminds players of why they love this wonky series so much. It’s just dragged down, considerably, by a main game mechanic that does not work. As a full priced game, this is difficult to recommend, even to die hard Yakuza fans, but after a price drop, it’s definitely worthy of consideration as a curiosity for fans. And yes, there ARE zombie hostesses in the game. Sega didn’t let you down.

The timing on Yakuza: Dead Souls is bad, because this same team has recently released the quite competent, 3rd person shooter, Binary Domain. 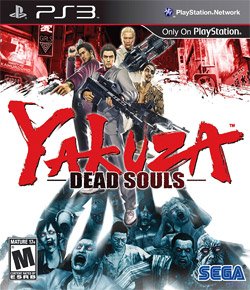