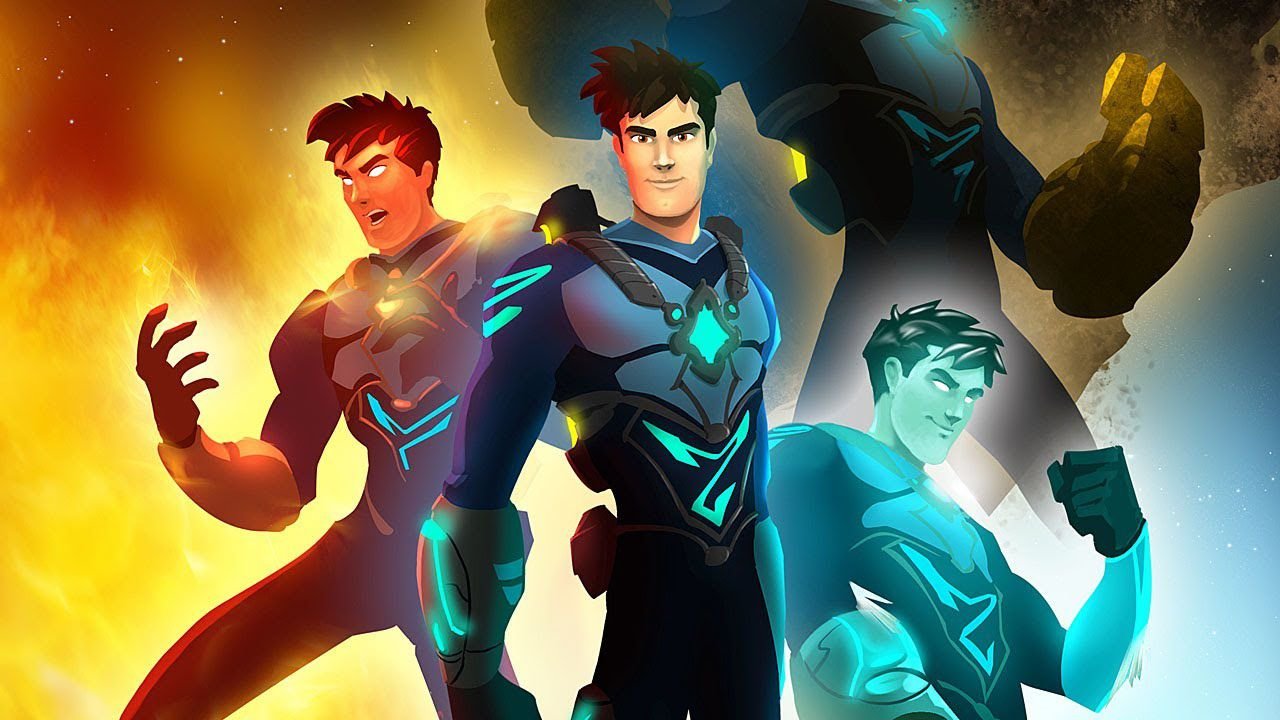 Zack Zero is a new PSN-exclusive game developed by Crocodile Entertainment, and represents the company’s first foray into game development. The game is quite colourful, and tries to be a new game which recaptures the old fun and wonder of sidescrolling platformers. Unfortunately, the game does have a good deal of faults which prevent it from being a consistently enjoyable experience, and does feel like it is the company’s first video game release.

The story in Zack Zero is tongue-in-cheek fun, harkening back to the era of the platformer that it hopes to emulate. You play as the adventurous hero Zack Zero, who lands on a planet with one goal in mind- save the love of his life, Marlene, who has been kidnapped by his archnemesis, the evil galactic villain Zurlog. Armed with a powerful battlesuit which enables Zack to use fire, ice and earth/rock attacks, he must explore the planet, infiltrate the headquarters of Zurlog, and save Marelene before it’s too late.

If that doesn’t sound like a classic old-school video game, I really don’t know what does. Unfortunately, it’s in the execution where this game starts to fall apart. There’s numerous bugs and glitches in the game which will definitely deter gamers, foremost of which is a propensity for locking up your PS3 entirely. It seems to be related to the PSN network, as if you’re signed in to PSN upon starting of the game, the game will freeze shortly after starting the game up, and you’ll have to turn your PS3 off/on as a result. Supposedly if you start-up the game signed out, and then sign in when the game prompts you to upon starting the game, this sidesteps this glitch, and then it won’t freeze. It seemed to do the trick for me, but it’s a bothersome glitch, and a glaring one at that. The downside of being online when playing the game is that the top score per level and per game from the online leaderboard continuously flashes at the top of the screen, and is a bit of a nuisance, and can be distracting. The level design is at times quite sloppy, as it’s far too easy to end up stuck at a doorway, without knowing where you were supposed to look for a lever to open it. There are numerous and plentiful checkpoints throughout the game, although they aren’t at all designated so that you know where they are. They’re helpful, because dying is far too easy in this game, not just because of enemies, but because of falls which you wouldn’t think would kill the character, but in fact do. Enemies are extremely resilient, which is only bothersome because of how weak Zack Zero is overall. There are numerous hidden treasures to keep things interesting throughout the game, and to progress it’s important to utilize the various powers and abilities that come with the different power suit modes: fire, ice and earth. It’s definitely a nice twist on the traditional platformer concept, adding an extra dimension to the gameplay, and ensuring that gamers of different kinds will play through the game in their own unique way, utilizing the power suit mode that they prefer, unless it’s required to solve a puzzle, open a doorway, etc.

Because of how easy Zack Zero can die, it at times makes the platforming elements more stressful, because you don’t want to have too high a fall, and end up dead and restarting from an unknown checkpoint. Checkpoints are helpful not only if there are many, but also if you know where they are, as there’s a sense of accomplishment and of there being a security blanket when you have one. Not knowing if you’ve necessarily hit one or not can lead to stressful gameplay.

One odd decision that Crocodile Entertainment makes, and I understand why in-story they did it, is they start the player out on the prologue level with a fully powered up power suit, with all the abilities for each of the modes, and then after the prologue it’s damaged, and you spend the rest of the game trying to level up the power suit, and along the way reacquire access to special abilities that you used in the prologue. It’s a bit cumbersome set out in this manner. Speaking of levelling up, they take a bit of the fun out of it when each level-up is pre-determined in terms of what you unlock and what. I think that Crocodile Entertainment missed out on an opportunity here, whereby the player could level up the suit as they saw fit, based on their own gamer style. Unlocking some abilities by default because they’re needed in certain levels would have been fine, as long as the player got the choice of customization, to add to the sense of accomplishment as you slowly upgrade the suit as you progress through the game. By taking out that component, there’s a loss of customization, which could have made the game a bit more interesting and distinctive.

Overall the game is a good effort from Crocodile Entertainment, which unfortunately gets bogged down at times by somewhat sloppy level design, which makes it hard for the player to intuit what to do next, as well as some unfortunate glitches that hamper gameplay. Zack Zero attempts to recapture the fun and style of old-school platformers, but unfortunately despite Crocodile Entertainment’s enthusiasm, it misses the mark somewhat and delivers a fair-to-okay gaming experience, which had the promise of being much more.

Because of how easy Zack Zero can die, it at times makes the platforming elements more stressful, because you don’t want to have too high a fall, and end up dead and restarting from an unknown checkpoint.