For a whole generation of Nintendo fans, the introduction to the company’s cast of characters wasn’t Mario, Link, or Samus, but that lovable little puffball known as Kirby. When that suck n’ blow hero debuted on the Gameboy in 1992, he gave the world’s first handheld system a mascot. Within a year he was on the NES and a series of sequels and spinoffs would follow. Eventually he was one of the flagship characters in Smash Bros. allowing Nintenoites to either smack around other characters as Kirby or vent their range on the company’s most child-baiting icon. This year marks Kirby’s 20th year protecting Dream Land and blowing stars at King Dedede, so Nintendo has decided to celebrate with Kirby’s Dream Collection, a Wii disc combining six of the little guy’s classic adventures. Not all of the games hold up, but there’s surprisingly more value in this set than the Mario 25th Anniversary Collection and it should kemakeep any Kirby-loving child or regressed adult giggle with delight over the cutest damn character in Nintendo’s line up of usual suspects. 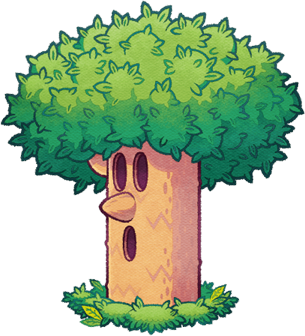 Pop the shiny new disc into your Wii and you’ll be treated to a blast from the past. Well, specifically, six blasts from the pasts. This is hardly a complete collection, but you do get arguably the finest Kirby titles from the Gameboy, NES, SNES, and N64. Obviously, these are roms and many of them were already available on the Wii Shop or eShop, but that doesn’t mean that it isn’t nice to have them all in one place and playable on a massive TV screen (note: massive TV sadly not included in the package). In particular it’s surreal to see the simple two-tone pixels of the original Gameboy games blown up to a size never intended. Nintendo provides basic, but colorful borders to surround the square screens on a widescreen TV. The games haven’t really been touched up or updated beyond that, but they don’t need to be and the control schemes all translate surprisingly well to the horizontal Wiimote layout. No need to bust out your classic controller to enjoy these.

The two Gameboy titles (Kirby’s Dream Land 1&2) are easily the most dated and also two of the most fun. This is where it all started folks and while these games are incredibly easy and short when judged on today’s gaming standards, the nostalgic joy of playing them again cannot be overstated. The graphics are probably better suited to a handheld system, so I’d recommend playing the eShop virtual console version of part 1 over this, but you can’t get part 2 on that sucker yet, so if you need that itch scratched this is your only option. The NES classic Kirby’s Adventure is very similar to those titles, but longer and in color. If you’re looking for that classic old school Kirby experience, this is probably the best of the three options. There’s a little more challenge and many more levels involved, along with an 8-bit soundtrack that’ll get stuck in your head for days whether you like it or not. It’s also available on the eShop (in a 3D-ified port no less), but this thing was made to be fed through a television, so plug in and enjoy.

Kirby’s Dreamland 3 skipped over a few gaming generations to bring the bouncy pink hero to the SNES. The graphics have come in that gorgeous 16-bit style that looks somewhat like a Saturday morning cartoon and all the characters are infinitely more expressive as a result. The designers also added animals for Kirby to pal around with (this was the Yoshii era after all) that adds a lot to the experience. This might be the best overall game in the entire collection. It’s certainly better than the other SNES title Kirby Superstar anyways, which is not to say that game is bad. It’s just that it got ported and updated for the DS, which led to some massive improvements. The original is good if you were attached to it in your SNES era, but if Nintendo was planning on including a version of the game in this set, it should have been the superior DS version. The vintage Kirby title in this set is Kirby 64: The Crystal Shards. This one might be the favorite entry on the disc for most players because it’s easily the longest/deepest title and also probably the most insane game as well. It features some truly creative boss battles, that charming polygon-heavy 64-bit look, and Kirby has the unique ability of being able to absorb multiple enemies to create new attacks that should have been further explored in later games. Length and my Superstar disappointment aside, this is truly a fantastic collection of games that will suck many hours of your life away with ease.

Finally, this package comes loaded with goodies to supplement the Kirby classics. There’s a booklet (just like the Mario 25

Anniversary set) filled with early concept drawings and info for every game the character headlined to please fans. There’s also a CD containing a solid hour of music pulled from all the games. Whether or not you’re someone who likes to fill their iPod with Gameboy themes (an odd choice, but do what you’ve got to do) or just plan to spin it once for novelty, it’s a nice addition. The game disc itself also comes packing goodies. There are three episodes from Kirby’s brief animated series Kirby: Right Back At Ya! that are pretty dated and certainly not a reason to buy this collection, but a nice inclusion for the novelty value. There’s also an interactive Kirby timeline that allows you to explore the character’s history, that’s interesting even if most of that material can be found in the booklet.  And as if that weren’t enough, Nintendo whipped up a new mini-game for this collection. Taking the graphics and basic gamplay style of the recent Wii entry Kirby’s Return To  Dream Land, these are arcade-style levels involving bopping enemies to set a high score. Simple stuff, but quite fun with each level focused on one of the little guy’s major powers (sword, beam, spear, etc.). It’s not a game you’d even buy as a download on its own, but as an extra feature on an overflowing package of games, it’s icing on the cake for this little puffball.

Considering the relatively low pricetag of this disc, it’s one heck of a package. It feels like Nintendo took the warranted criticism that met their Mario 25th

Anniversary set to heart and improved on the concept dramatically here (just imagine how much better the review scores would have been if Super Mario World, Mario 64, and episodes of the cartoon made it onto the last disc). With six ridiculously entertaining Nintendo ports from four different systems, new mini-games, a soundtrack CD, and even episodes of an animated series, it’s hard to complain about this thing. Sure, some of the character’s novelty side-games like Kirby’s Pinball should have been included and some people just don’t like the idea of recycling old games in compilation packages like this. Those are valid concerns, but frankly there’s no need to be a party pooper considering everything Nintendo did right in this release. Hopefully this is just the start of anniversary compilation discs from Nintendo. This is a massive improvement on the Mario collection and gaming nostalgics everywhere would be thrilled if characters like Sonic or Donkey Kong were given a similar treatment. If you’re a fan of Kirby or know a child who has yet to play around with the little guy, you really should pick this thing up. New Wii titles are rare these days as Nintendo plans to retire their record-smashing console and even though this is more or less a rehash of old material, it’s still by far the best thing to be released on the system in months

New Wii titles are rare these days as Nintendo plans to retire their record-smashing console and even though this is more or less a rehash of old material, it’s still by far the best thing to be released on the system in months.