Get ready to grind some meat in the newly announced Super Meat Boy Forever. 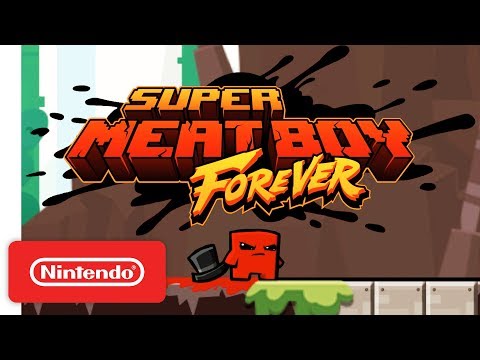 Developed by Team Meat, Super Meat Boy is an indie platformer that originally released in 2010 for the Xbox 360. Since its launch, Super Meat Boy has become a massive success, being rewarded for its precision platforming, tight controls and unique art style. The original game featured over 300 levels with increasingly difficult challenges. Player created levels were also made available as a free download. Super Meat Boy has launched on nearly every console available since its original release, eventually leading the game to sell over one million copies. It was announced earlier this month that a Nintendo Switch version is currently in development. No release date has been given yet.

Super Meat Boy Forever’s reveal came alongside a number of others during the live stream. Among them was a No More Heroes Spinoff titled Travis Strikes Again: No More Heroes, a Nintendo Switch Exclusive which features a number of popular indie titles.

Super Meat Boy Forever is planned to release in 2018, with no exact release date revealed. The game will be coming the Nintendo Switch first before launching on other consoles.