Hi-Rez and Tencent Bring Paladins: Champions of the Realm to China

aHi-Rez Studios’ free-to-play first-person shooter Paladins: Champions of the Realm is headed to China, a press release announced today. Teaming up with Chinese investment holding company Tencent Holdings, Hi-Rez and Tencent will host the top Chinese Paladins eSports team at the inaugural Paladins Invitational Tournament at the Hi-Rez Expo from January 5th to 8th. The Invitational will hold a $150,000 prize for whichever team can hold their own throughout the competition.

For those unfamiliar, Paladins: Champions of the Realm is “a fast paced FPS that sets itself apart with character customization and fantasy themed visuals,” the press release describes. Relying on a hero mechanic and a card enhancement tactic for player characters, the game blends MOBA gameplay with FPS combat.

While Paladins still remains in beta throughout North America and Europe, it’s clear that Hi-Rez Studios plans to turn their FPS game into a major eSport. Thanks to Hi-Rez’s experience with the SMITE eSports community, they’re posed for the perfect opportunity to expand their game’s reach.

Not to mention, the move into China for Paladins: Champions of the Realm is an incredibly advantageous decision. The Chinese market is one of the most important in the world, with approximately 100 million eSports fans in China alone, according to a recent Forbes article on the Chinese eSports industry. 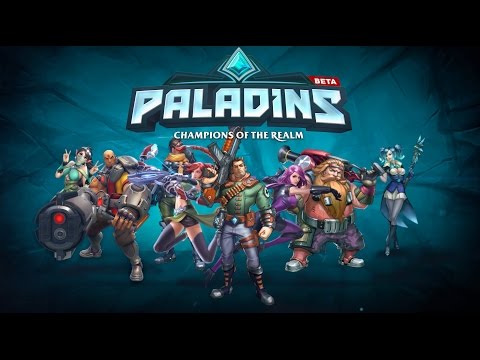 Of course, Tencent has had their eye on the eSports world for awhile, too. Last year, they acquired the remaining equity in Riot Games, after already possessing a holding in both Activision Blizzard and Epic Games. With Overwatch, Call of Duty and, potentially, an upcoming Unreal Tournament all slated as big eSports titles, Tencent has a lot to gain by fostering eSports communities and competitions across the world. Plus, with Overwatch‘s competitive community emerging over the past year, Paladins: Champions of the Realm certainly has some friendly competition to look forward to in the FPS-MOBA hybrid world.