In honor of the upcoming Summer Olympic Games in Rio, Blizzard is celebrating by releasing Summer Games-themed loot boxes.

Each loot box is guaranteed to contain at least one Summer Games item, which vary from weapon and character skins, emotes, victory poses, and highlight intros. If players In addition, they have launched a new Rocket League-inspired 3v3 mode entitled Lucioball.

However, the loot boxes have already brought a great deal of controversy. The olympics-themed items cannot be purchased with in-game credits, they are only obtainable through the loot boxes, which can be earned by levelling up, or purchasing them outright with real money.

Jeff Kaplan responded to the controversy in a post on the Blizzard forums:

“Sometimes we want to give everything to everybody. For example, a few weeks ago we gave everyone a new hero — Ana. Ana came with skins, emotes, sprays, highlight intros etc. that could all be purchased with credits. We also want to add new maps to the game and new stuff like the Lucioball brawl that’s available to everyone equally. 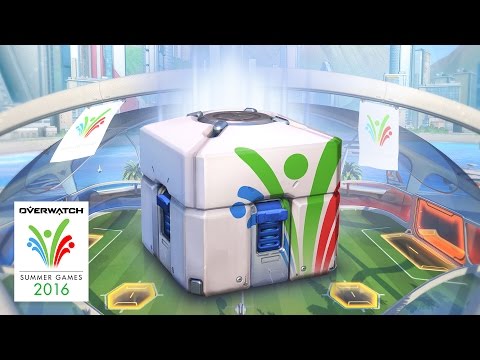 But sometimes we want things to feel rare and special.” Kaplan continued.

“We’d like to give the event more time and see how people feel as it wraps up. Maybe people will be feeling differently at the end of the vent. Maybe not. If we need to make things less rare — if everyone is entitled to that Genji Epic Skin — we’ll have to reconsider our design philosophy in the future.

But I think letting the event play out for a few weeks is the right decision here.”