Nintendo Direct Sept 2016 Round Up

One of the biggest gripes about Nintendo’s E3 2016 showing was its lack of anything other than The Legend of Zelda: Breath of the Wild and Paper Mario Colour Splash. So to make up for that showing, the House of Mario dedicated an entire direct to their handheld system the 3DS, and if you own one, there is a lot in store for you.

To start the Direct, Nintendo showed off some new features for Pokémon Sun and Moon. A new regional variant was introduced as Alona Rattata. This form of Rattata is a Normal/ Dark type with gluttony and hustle as its special abilities. Much like the rats in Hawaii that turned nocturnal to avoid weasels, the back-story for Alona Rattata is that it changed forms to combat the Yungoos that preyed on them. On top of that, Nintendo announced a special Munchlax will come with the game. He holds a new Z Move for Snorlax. 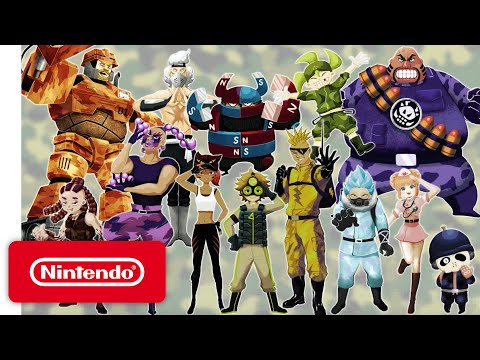 Moving on from Pokémon, Nintendo announced Super Mario Maker 3DS. This game features almost everything from its Wii U predecessor, but the mystery mushrooms did not make it over. With that being said, many Wii U courses will be playable, but you can’t search them using course ID. You can only access them through the 100-Course Challenge and Recommended Courses. You can still make your own stages, but they can only be shared locally or through Streetpass. The game will come with 100 built in courses, and players can share incomplete courses to collaborate. This title drops Dec 2, 2016.

One of the biggest portions of the Direct however was dedicated to The Legend of Zelda, shocking I know. To celebrate its 30 years of existence, Nintendo announced a slew of new amiibos. 8-bit Link, Ocarina of Time Link, and a Toon Link with Toon Zelda double pack. On top of that, Nintendo in conjunction with Dark Horse Comics, will release three Legend of Zelda books, starting with The Legend of Zelda: Art and Artifacts which is available for pre-order on Amazon now. The book will feature over 2000 Zelda art pieces. If that wasn’t enough, Hyrule Warriors Legends is getting some DLC with Toon Link’s Sand Wand and train from Spirit Tracks along with Toon Zelda with her armour also from Spirit Tracks. Along with that, there will be new adventure mode maps. The Legend of Zelda: Skyward Sword is making its way to the e-Shop today too. 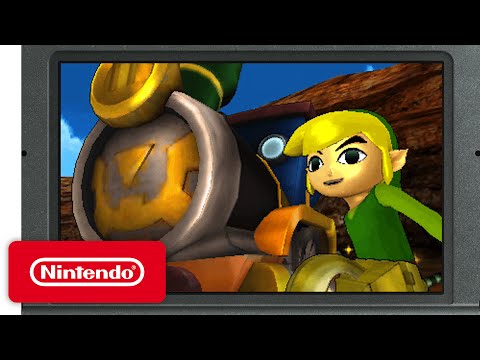 If you’re more into RPGs, then this Nintendo Direct has you covered. They showed off more footage of the re-release of Dragon Quest 8: Journey of the Cursed King, saying it has a 2017 release window. But Dragon Quest 7: Fragments of a Forgotten Past will launch first Sept 16, 2016. This game was remade from the ground up with hours of new content and a new Streetpass feature that allows players to swap Traveler’s Tablets with other players for special items and dungeons. If you pre-order Dragon Quest 7: Fragments of a Forgotten Past, you receive a Dragon Quest themed background for your 3DS completely free.

Those were the big takeaways from this Nintendo Direct, but they weren’t the only things mentioned. More was revealed about the two new Yo-Kai Watch games, where you take a side in an age-old Yo-Kai war. There’s a new watch that allows for new strategic gameplay, and exclusives for both versions of the game. Picross 3D Round 2 was announced with over 300 new puzzles for free on the e-Shop. Animal Crossing: New Leaf will receive new Amiibo cards, and will get its own dedicated Direct later this fall. A little later down the line, Mario Party: Star Rush releases Nov 4, 2016 with a new line of Amiibos. Nintendo Also showed off an all-new tank warfare game titled Tank Troopers, offering 6-person multiplayer this winter. Before that happens, every Thursday for five weeks, Nintendo will offer a discount of a select indie title starting with Axiom Verge today. Some new footage was also shown for Ace Attorney: Spirit of Justice, which launches Sept 8, 2016. They also touched on Shin Megami Tensai IV: Apocalypse, which launches Sept 20, 2016, while also announcing a Yoshi’s Woolly World for the 3DS.  Finally, Nintendo announced a galaxy style New 3DS XL that will be available later this week. 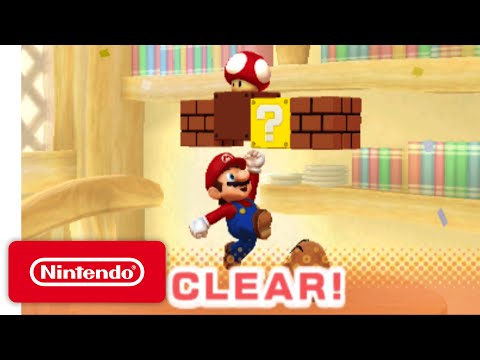 There was a lot to digest from this Nintendo Direct, but at the very least, it makes the 3DS very interesting heading into the holiday season with a slew of titles and discounts. Mix that with a new model for the system itself, and it could be a good time to hop on board the 3DS wagon if you haven’t already.