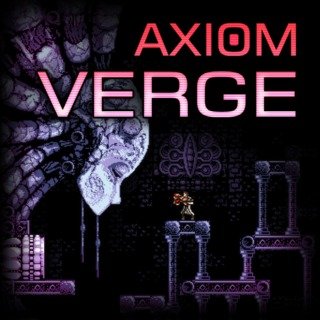 Axiom Verge is every bit the classic Metroid game it sets out to be. From the abundance of different weapons, varied environments, moody atmosphere, and an emphasis on exploration, each part of it is tailored so specifically and so well that it fits right in alongside the likes of Metroid and Super Metroid.

That said, it’s not a game published or developed by Nintendo. Rather, it’s the creation of Tom Happ, the one man who has spent the past five years handling every aspect of Axiom Verge’s creation.

It’s as much a living homage as it is a natural successor to Nintendo’s 2D Metroid games. Its alien world is filled with unique creatures and vegetation, the atmosphere is fueled by a creepy energy, and, true to Metroid’s classic design, the main character spends a massive portion of the game collecting new power-ups and abilities to help them traverse the harsh, alien terrain.

But as much as Axiom Verge is generously tipping its hat to Metroid, it doesn’t rely solely on nostalgia to bolster itself. It has its own distinct, ominous identity that takes it to a bit darker of a place than Nintendo’s classics ever did. Seemingly goofy, Metroid-like alien enemies are interspersed with fast, dangerous zombies, colorful vegetation and environments are contrasted by piles and piles of corpses, and a surreal, sci-fi tone governs the narrative and grants it its dark, almost macabre feel.

Axiom Verge is about a hapless scientist simply named Trace. After an accident at the lab in which Trace was working, he wakes up in a strange, unrecognizable world populated by monsters. Aided only by a mysterious being he must restore to full health, Trace is forced to make his way around this world that is seemingly the afterlife, but with an undeniably sinister tone.

There’s little to no fat to be trimmed from Axiom Verge’s core design. Everything has been very carefully and particularly laid out to allow players to obtain necessary items in an organized order – the defining feature of a Metroid-style game. Different weapons afford Trace different abilities, such as the standard Axiom Pulse plasma rifle firing straight-moving projectiles, to the I DUNNO firing a close-range, effective blast of electricity. There’s a massive swath of weapons in Axiom Verge to be found, each applicable in their own unique uses and situations.

In fact, there are so many weapons and tools that traversal will sometimes devolve into a “Well, let’s try this” format instead of feeling intuitive and recognizable. There were a handful of times when I found myself stuck, only to figure out my next step by haphazardly firing weapons at targets to see how the environment reacted to them. On one side, this encouraged me to experiment and explore. But on the other, it also felt confusing to have to track the specific uses and situations best fitted for each individual device.

It’s not the first of its type to implement these ideas, since they’re easily found in any other action game within this same vein. And, even the sometimes-random experimentation is helped by the fact that while Axiom Verge is challenging, it’s never maddeningly or frustratingly so. One may be caught in a certain area or with a difficult-to-defeat boss, but nothing ever seems completely unreasonable or impossible.

Axiom Verge is a careful calculation, an experience that feels extremely particular and very well-formed. No ideas, space, or items go to waste in its bleak environment, and challenging – yet – approachable design gave boss fights and platforming a supremely satisfying edge. But above all, it’s fun, and and the perfect sequel and evolution of the modern 2D Metroid games Nintendo has yet to make.

It’s as much a living homage as it is a natural successor to Nintendo’s 2D Metroid games.
REVIEW SCORE
9.5
File Under: Metroid, Nintendo, Platformer, PlayStation, Sony