After plenty of speculation, Nintendo finally announced the three adorable starter Pokémon that will accompany you in the Hawaii-themed Alola Region in Sun and Moon. 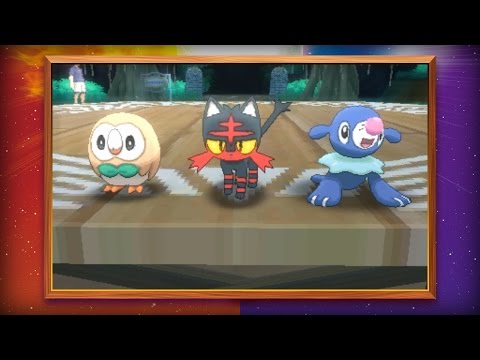 The Japanese trademark rumours are true. Mokuroh, Nyabby and Ashimari are the three starter Pokémon in the seventh generation of Pokémon.

Litten, or Nyabby in Japanese, is a tribal-looking fire type cat Pokémon with some deadly mutton chops.

Ashimari, or Popplio in English, looks to be a rather proud water-type seal Pokémon.

The trailer went on to outline some of the beautiful island locations in the Alola Region, and some of the island’s inhabitants- even some of your family members (Hey, you have more than a mom this time!)

The trailer ended on a high note, unveiling Pokémon Sun and Moon’s legendary Pokémon, both of whom appear on the covers of their respective games.

Pokémon Sun and Moon launch on November 18, 2016 for the Nintendo 3DS.