According to the Japanese Pokémon website, the company is planning to release new information about the newest set of Pokémon games, Sun and Moon.

Nintendo has been very scarce for details on the upcoming generation of Pokémon, only having released a short teaser trailer since the games were announced earlier this year.

Nintendo and The Pokémon Company have been just as coy with the new announcement. Nothing has been revealed in terms of what or how the news will be announced, except that the information will come On May 10. Gamefreak’s Junichi Masuda confirmed the event will take place at 9:00 P.M. JST, or 8:00 A.M. EST, via Twitter.

New #PokemonSunMoon information will be revealed on May 10th, around 21:00 JST! Stay tuned everybody!

No North American or European Nintendo outlets have commented on the announcement.

Fans speculate the announcement will be a proper game trailer, whereas the initial announcement trailer was more of a teaser. This is likely, as most major Pokémon news has historically been showcased in May. 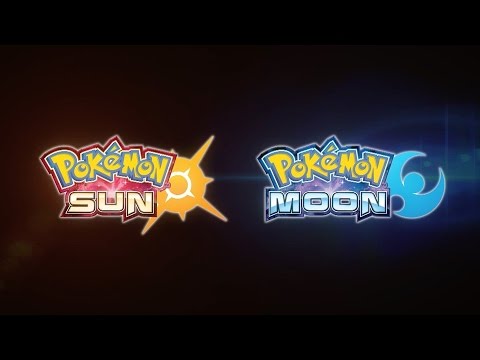 Whether or not the announcement is made through a trailer, fans expect that the news will shed light on recent trademarks; namely those filed by a Japanese trademark bot on Twitter.

Mokuroh, Nyabby and Ashimari are suspected to be the names of Sun and Moon’s starter Pokémon, as trademarks were filed suspiciously close to the announcement. The following are the tweets, which detail each trademark:

Nyabby can be broken down into two Japanese words: “Nya”, which translates to meow in English, and “by”, which means fire. Fans have deduced that this trademark is for a fire-type cat Pokémon.

Mokuroh has the Japanese word “Moku” in it, which means tree or wood in English. The latter half of the name closely resembles the word “fokuroah” which translates to owl. From this, it is speculated that Mokuroh is a grass-type owl Pokémon.

Finally, Ashimari can be separated into two words: “Ashika”, which is Japanese for sea lion, and “mari”, meaning ball. This implies the third starter could be a water-type sea lion Pokémon, perhaps balancing a ball- an act sea lions are known for in the real world.

Nothing official has been mentioned about the validity of these trademarks, nor what will be shown next week. When the news breaks on Tuesday, we will be sure to keep you posted.

Pokémon Sun and Moon are expected to release later this year for the Nintendo 3DS.