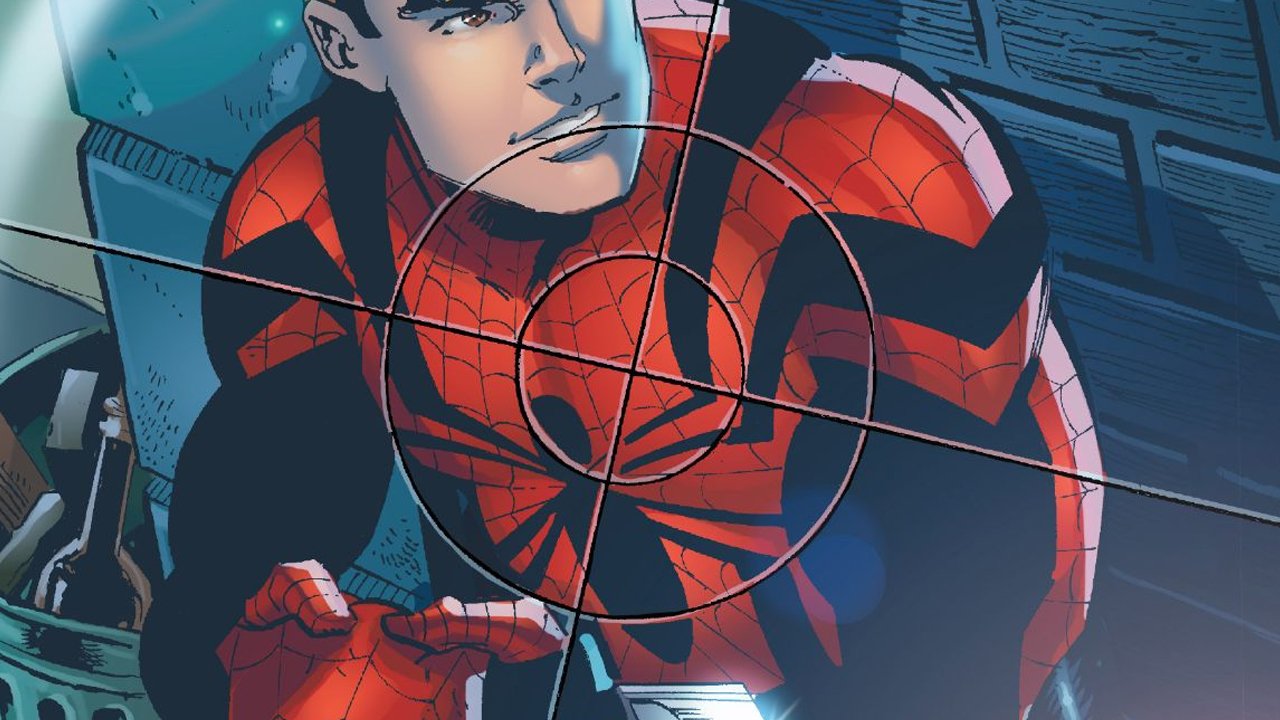 It’s hard to believe, but this is now the NINTH trade paperback that Marvel has released to cover the infamous Clone Saga of the nineties.  With that being said, there are still at least two more trades to come, one solicited, one not, but with this collection you start to feel the walls closing in on the Clone Saga, as it starts to build towards its conclusion.

After all of the time and effort spent turning Ben Reilly into Spider-Man and pushing Peter Parker and Mary Jane out of the book, it didn’t take long for Marvel to decide they had made a mistake, and start to take action towards rectifying that mistake.  However, they moved relatively slowly with their plans to restore Peter Parker as the true Spider-Man, and push aside Ben Reilly, and as a result the stories start to get a bit thin, as you can tell the writers were trying to spin their wheels until it was finally time to end the Clone Saga. As fans of this era of Marvel Comics would be aware, there was at the time the major X-crossover Onslaught coming down the pike, and with Marvel not wanting the restoration of Peter Parker as Spider-Man to be eclipsed by it, they decided to hold off a few more months, which meant drawing the entire Clone Saga out once more.

This collection starts off with the six-part storyline Blood Brothers, which is notable as it further developed the new mysterious mastermind that Seward Trainer was working for, but didn`t give many hints as to who this person could be, and by the end of the storyline, also managed to introduce the information that this new mystery man was working for yet another mystery man.  Marvel`s comics in the 90s featured a ton of mysterious shadowy individuals, and Spider-Man was not immune to this epidemic.  The storyline also featured some hiccups for Ben Reilly’s relationship with Jessica Carradine, aka the daughter of the burglar who killed Uncle Ben, plus his being framed for burning down his place of employment, with Peter Parker getting nearly killed by a team of assassins who apparently didn’t get the memo that he had recently lost his powers.  The storyline also featured the Hobgoblin getting a major makeover, as the Jason Macendale version of the character got cybernetic upgrades.  Macendale as a character suffered through fads of the early and mid nineties, first getting possessed by a demon, and later getting turned into a cyborg.  Poor guy.

The end of the storyline finally wrapped up the long-running plotline of the Spider-skeleton that had been unearthed in the same smokestack that Ben Reilly had woken up in, way back when.  The less said about the conclusion, the better, but it was clear with this subplot that Marvel had introduced the skeleton more or less for the heck of it, because although it complicated matters for the characters, its true origin or purpose was never even explained, until much later, in a one-shot written by Greenberg.  The storyline is hokey, and very nineties, but at least it put that subplot to bed finally.

Sprinkled throughout are a few one-off issues, which didn’t advance the overall plot much, but were a nice break in-between all of the multipart storylines that were happening in the Spider-Man books.  There’s also a particularly off-beat yet fun issue of Marvel Team-Up featuring Ben Reilly and the Fantastic Four getting together.

A highlight of this collection for fans of DeMatteis’ work on Spider-Man: The Lost Years is the Spider-Man: Redemption mini-series, which acts as a sequel to The Lost Years and features a conflict between Ben and Kaine, as well as revisiting the character of Janine, Ben’s lost love from his time on the road.  It’s a good story, as is to be expected from DeMatteis.   The collection then closes out with a Spider-Man appearance in a Daredevil comic from this time period, which is interesting in that in an earlier Clone Saga collection Matt Murdock had just “killed” his secret identity, and was wearing his Daredevil armour costume, and yet by this point in time, he was once again Matt Murdock, wearing his traditional Daredevil costume.  The last issue presented here introduces one of my favourite Ben Reilly-era characters, Jimmy-6, the son of mob boss Fortunato, who would make various apperances over the next few years, even after Peter Parker was restored as Spider-Man.

The artwork in this collection feels much more consistent and enjoyable than in the previous Clone Saga collection, with particular standouts being, as usual, Mark Bagley and John Romita Jr.  Romita’s work in particular is extremely gritty, which was his style at the time, and personally it’s some of his best work on Spider-Man in my opinion.  His style was still somewhat blocky, but he had an inker and colourist who really did it justice, adding dimension and depth to his characters.  Jurgens’ work is some of the darkest of his career, in terms of overall tone and complexion, and yet it fits extremely well with the stories he was telling, as well as with the tone of the other Spider-books.

For fans of the Clone Saga, and I know you’re out there somewhere, this storyline is finally nearing completion in trade paperback form, and I cannot wait until it’s finally all collected, and I can actually read the entirety of the Clone Saga in easy-to-read trade paperbacks.  This is a fairly solid and enjoyable collection of Spider-Man stories, with a great sense of pacing throughout the various crossover stories, and definitely worth reading.

This is a fairly solid and enjoyable collection of Spider-Man stories, with a great sense of pacing throughout the various crossover stories.