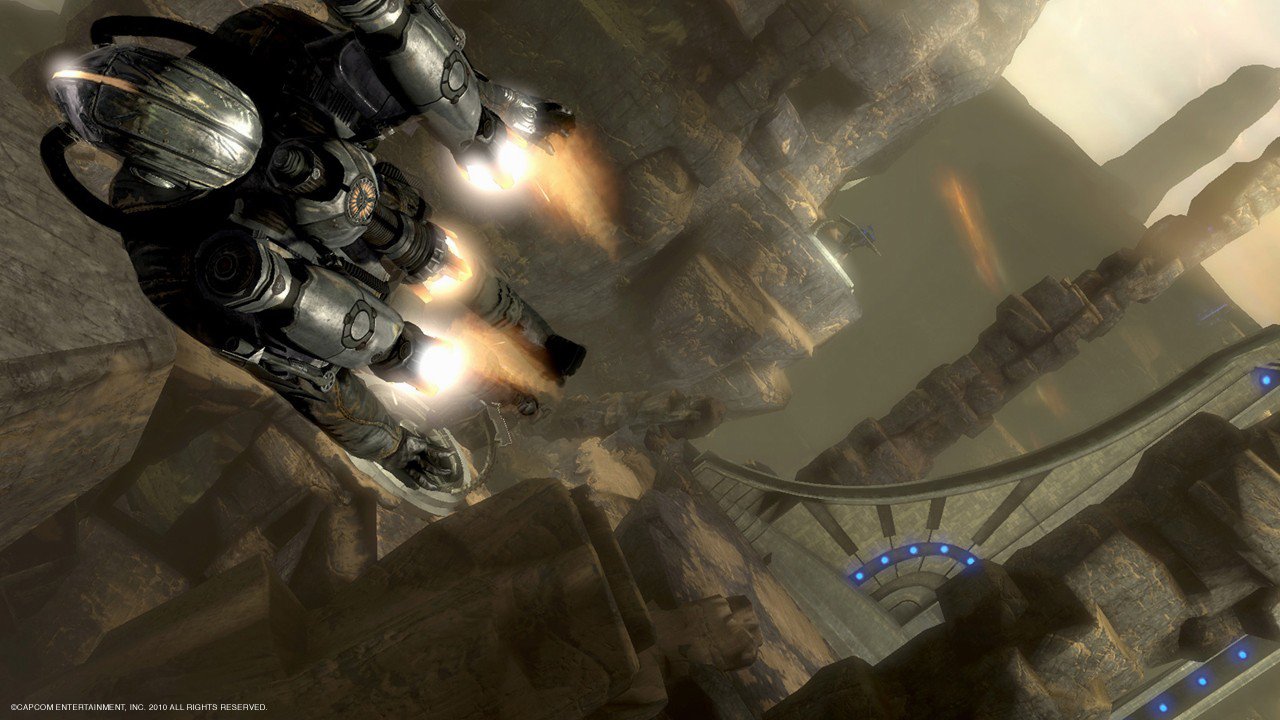 With today’s console landscape littered with action Games, a newcomer really has to do something different to stand out. Dark Void from Airtight Games attempts to do just that by implementing something new: a jet pack and aerial combat.

With Airtight’s pedigree of Games such as Crimson Skies, the alternate history aircraft Battle game for the XBOX from 2003, there is real hope that Dark Void will have the gumption to rise above its competition. However, Dark Void’s creators reveal a lack of attention to detail that can be a hindrance to their overall innovative concept.

Set in 1938, Dark Void picks up where Crimson Skies left off with our hero Will Grey being sucked into an alternate dimension while flying though the Bermuda Triangle. Alongside his former love interest Ava, Will must survive a treacherous landscape of aliens, and an alien-worshiping natives.

The real enemy in this world are the Watchers, an alien race that has been observing humanity long enough to develop some rather heinous intentions. Electrical pioneer and inventor Nikola Tesla makes an appearance in the story by helping Will Grey turn The Watchers’ superior technology against them for the sake of the human race.

Although Dark Void strives to provide a full experience, but with the character’s missions being propelled by the purpose of simply ‘beating the game’, the overall experience felt flat. In short, it felt there was more filler than storyline.

The visuals remain a downside of Dark Void. Although the overall look of the game brimming with lush landscapes and natural environments, distractions caused by poorly crafted cartoon characters poor a bit too disappointing. This dichotomy of design detracts from an otherwise generally immersive experience. Not to mention there are also the frame rate difficulties and choppy visuals which undermine the game’s purported intention for past-paced action.

However, one of the best aspects of Dark Void is the music and soundtrack. Bear McCreary, composer for Battlestar Galactica, creates an excellent cinematic soundscape which brings an aura of continuity to the unfolding narrative. Not to be outdone, voice-over regular Nolan North delivers a dynamic performance as Will Grey, while the rest of the cast also help to bring life to a storyline that intermittently lacks substance or weight.

Another bland area in Dark Void is the design of its enemies. When compared to villains in many other war-type Games, The Watchers seem hokey and generic. The robot-like cannon fodder that is thrown at the well-armed player lacks variety, and with extremely minor details differentiating each enemy type it often feels as though one is fighting the same adversary continuously. The shooting parts are tedious and feel imprecise, and while there are many sections where the player will handle the shooting on a vertical plane even those feel sloppy and can be a struggle to get through.

In terms of weapons and equipment though, Airtight Games has developed an entertaining arsenal which can at first appear bland and standard. Upon closer inspection however, they retain a unique ‘steam punk’ feel to them, which simultaneously evokes an old-fashioned yet fantastical aesthetic.

The Jet pack is one of the best features of the game, and it is nearly wasted by the developer’s insistence on limiting these sequences to the last third of the game. Crimson Skies (2003) is best known for its ability to show off skills in aerial combat, and much of what has been talked about with Dark Void has to do with that same fighting style. The aerial jet-pack battles are some of the more enduring and challenging facets of the gameplay. best moments, and the sense of speed makes the game exceedingly fun to play.

With average playtime clocking in at around 10 hours, there is only a limited amount to experience to be gained from Dark Void. There is very little replay potential in this title. On the whole, Dark Void is the type of game you play once or twice before placing it back onto your shelf for a while.

Dark Void presents an exciting concept to the player, but in the end, it is a concept that Airtight fails to deliver on either comprehensively or visually.

So, if you happen to be waiting for other more immersive action Games to be release, then by all means sink your teeth into Dark Void for a few fun-loving hours. It makes for a rather satisfying rental.

There are many great ideas rattling around inside of this game, but with so many technical issues and swatches of overall blandness at play, it is hard to recommend Dark Void for purchase. 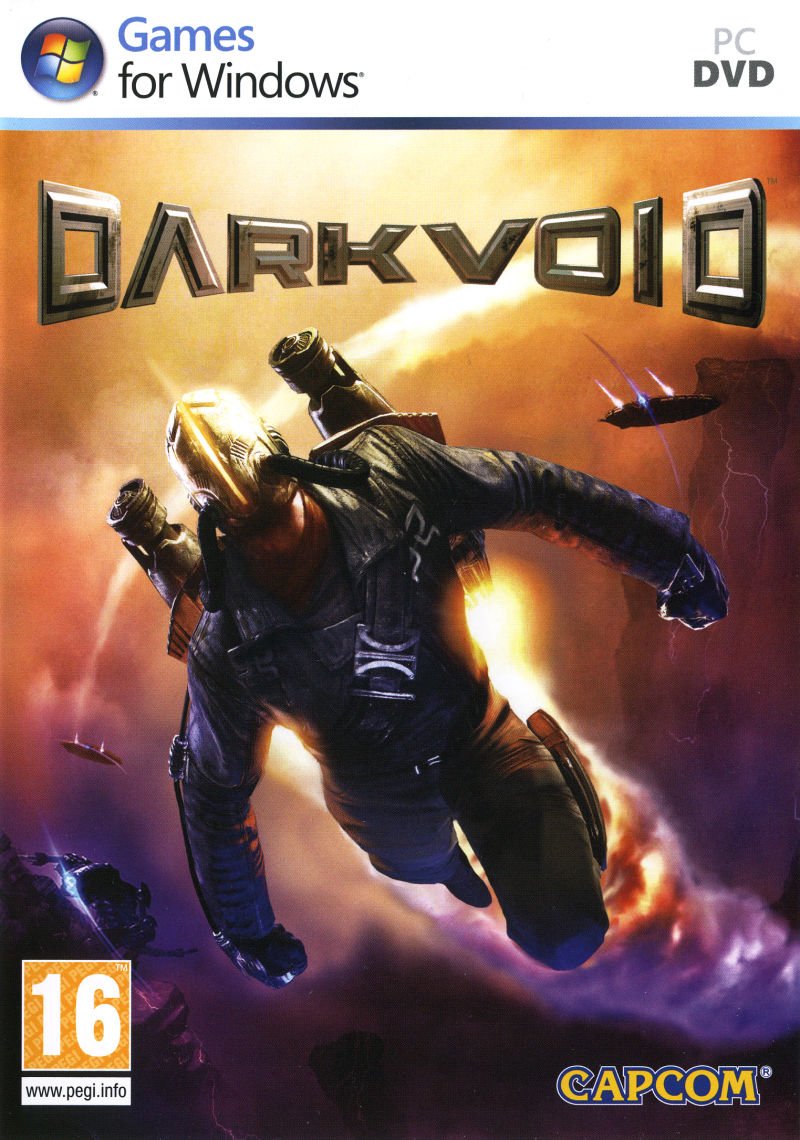