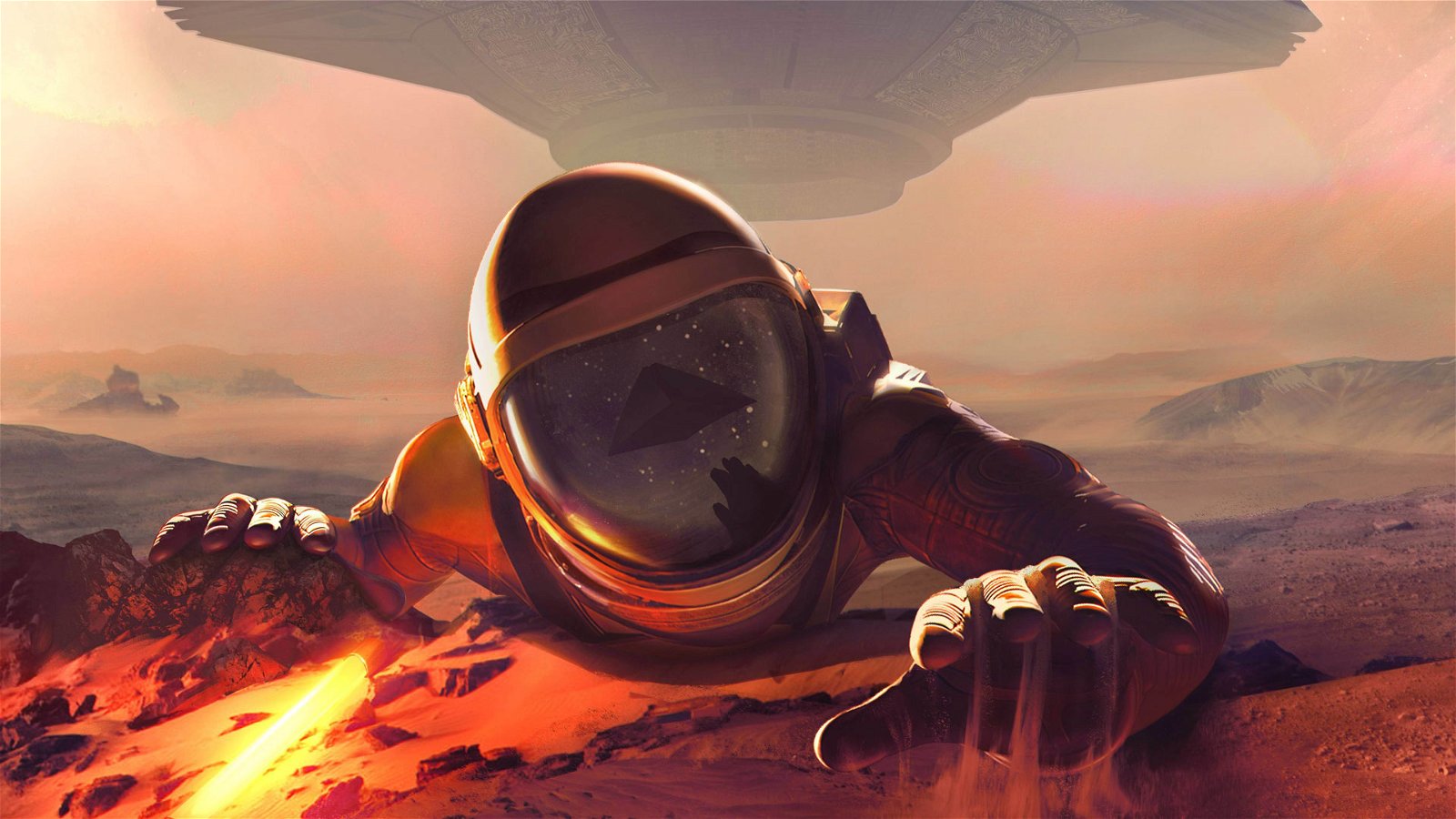 Zero-gravity has always been a gameplay mechanic I enjoyed in sci-fi or space themed titles, ever since playing the original Dead Space back in 2008. Downward Spiral: Horus Station is the latest title that uses a similar zero-gravity mechanic but unlike the original Dead Space, Horus Station uses it as its main method of movement in a rather clever and fitting manner.

Downward Spiral: Horus Station is a VR title, and although I played the game through my television, I’m a big fan of VR, (owning the PSVR platform) and I could immediately appreciate the game design of Horus Station. The game strikes a good balance between a traditional FPS and a VR experience in regards to maneuvering around its environments through the use of zero-gravity, something that naturally conforms to the sometimes point and click nature present in VR titles.

I’m not into VR games that use pointing and clicking, or worse, teleporting instead of free movement options, but Downward Spiral: Horus Station is a game that takes place on a seemingly abandoned spacecraft that lacks gravity, which made floating around the often tight corridors and confined spaces of Horus Station natural and more importantly, contextualized, making me forgive the game for not having a more traditional means of movement.

Even though the controls in Horus Station are apt, they’re not perfect either. I often found myself getting stuck on some geometry, having to eventually wiggle myself free through trial and error—thankfully, I did find a grappling hook item that made it a bit easier to skid across larger or more precarious environments, (while feeling a bit like a certain caped crusader). Unfortunately, the grappling hook could not make up for the sometimes twitchy feeling controls when firing a weapon, something that often made encounters with enemies harder than necessary, resulting in copious continues and retries.

Prospective players worried about having a hard time surviving the game can rest knowing that 3rd Eye Studios kindly included an Explore mode within Downward Spiral: Horus Station. Explorer mode offers a more passive experience, which makes the game easier to just enjoy for its atmosphere and environmental story-telling merits. I recommend starting the game without this mode enabled, especially for players that might have access to better VR controls that offer more precise and accurate hand tracking. However, I personally found the real meat and Mars-grown potatoes of Horus Station within its exploration and level design. Players shouldn’t feel forced to play the game one way over the other and should experiment with both modes to find what is best for suited for them.

In terms of story, Horus Station opens with the player character walking towards an ominous and distinctly alien looking structure on Mars, which then suddenly cuts to the player once again reawakening inside the titular Horus Station. From there, most of the story is told through the environment, with warning signs and flashing lights that allude to a state of prolonged disarray, and actual story snippets sprinkled about through terminals and other interactive objects. There isn’t anything particularly new or groundbreaking about the way Downward Spiral: Horus Station handles the story, rather the attention to detail within the environments and the general ambience of the game is what help push the title forward.

Downward Spiral: Horus Station also offers a co-op campaign feature in addition to a survival and deathmatch multiplayer mode, however, I did not get the chance to experience any of the multiplayer modes during my time with the game. Graphically, Downward Spiral utilizes and pushes the use of the Unity Engine to deliver a title that really oozes with atmospheric personality. Players can look forward to setting foot inside the abandoned Horus Station, exploring the dark and dilapidated halls of the stagnant and eerie spacecraft, filled to the brim with floating objects of a once occupied place.

Horus Station is a place that is void of life, meaning there’s very little in terms of voice work. Instead, the game relies on the foreboding and mechanical sounding noises of the large facility. Exploring Horus Station feels like exploring the inner cavity of some long-dead beast, slowly rotting from the inside and giving way to deadly AI robots that act as parasites inside the once prosperous ship. The music in the game also conveys a similar sense of dread, treading the line between quiet and reserved with more action-oriented beats that punctuate more intense situations such as encounters with enemies.

Sci-Fi fans looking for an intimate experience in deep space or VR players that are looking for a moody deep dive on the red planet should check out Downward Spiral: Horus Station when it launches on PC and the PlayStation 4 sometime later this Summer.

Downward Spiral: Horus Station is a thoughtfully crafted VR game that puts the player in the shoes of an astronaut exploring the depths of the mysterious Horus Station on Mars. 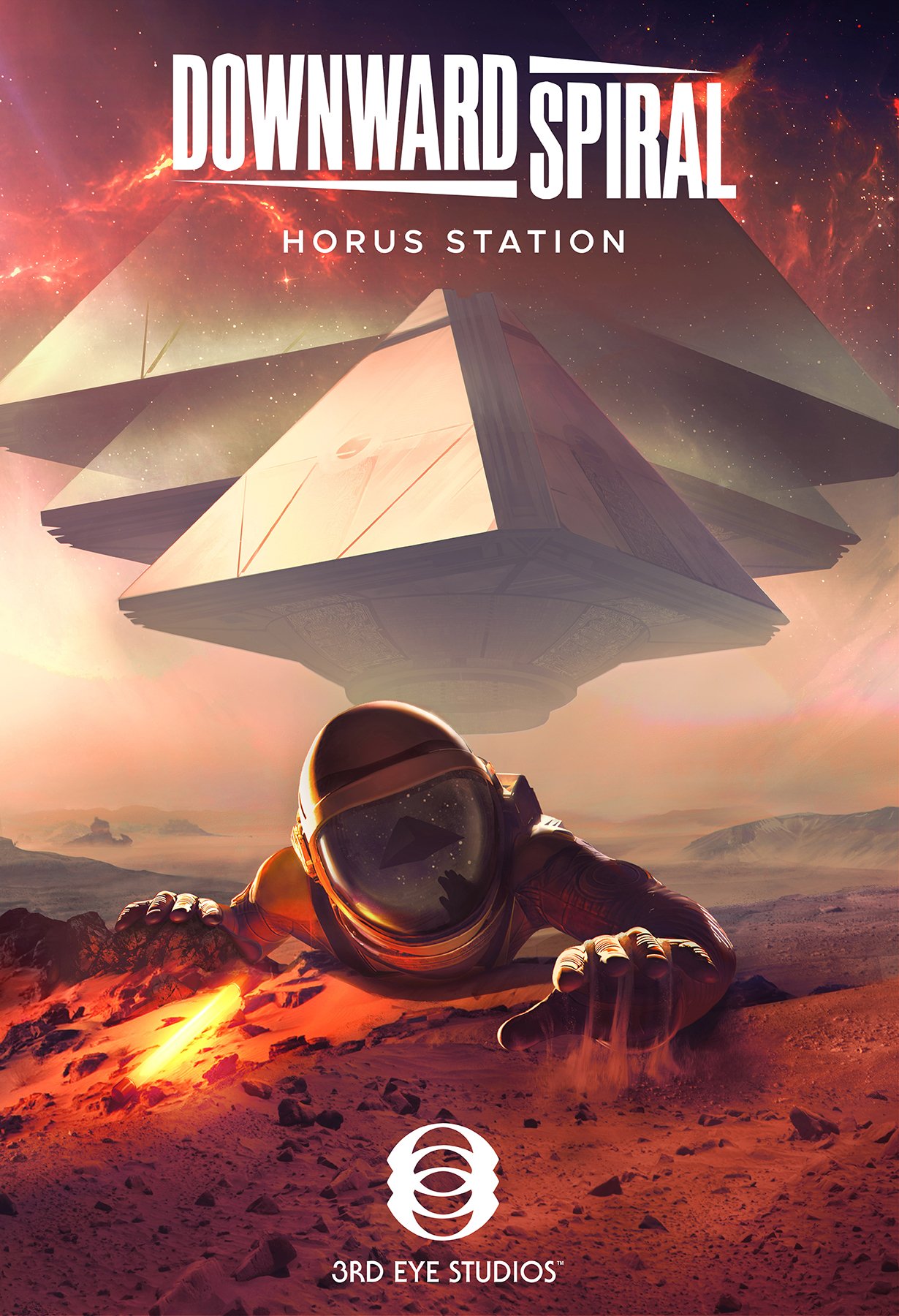