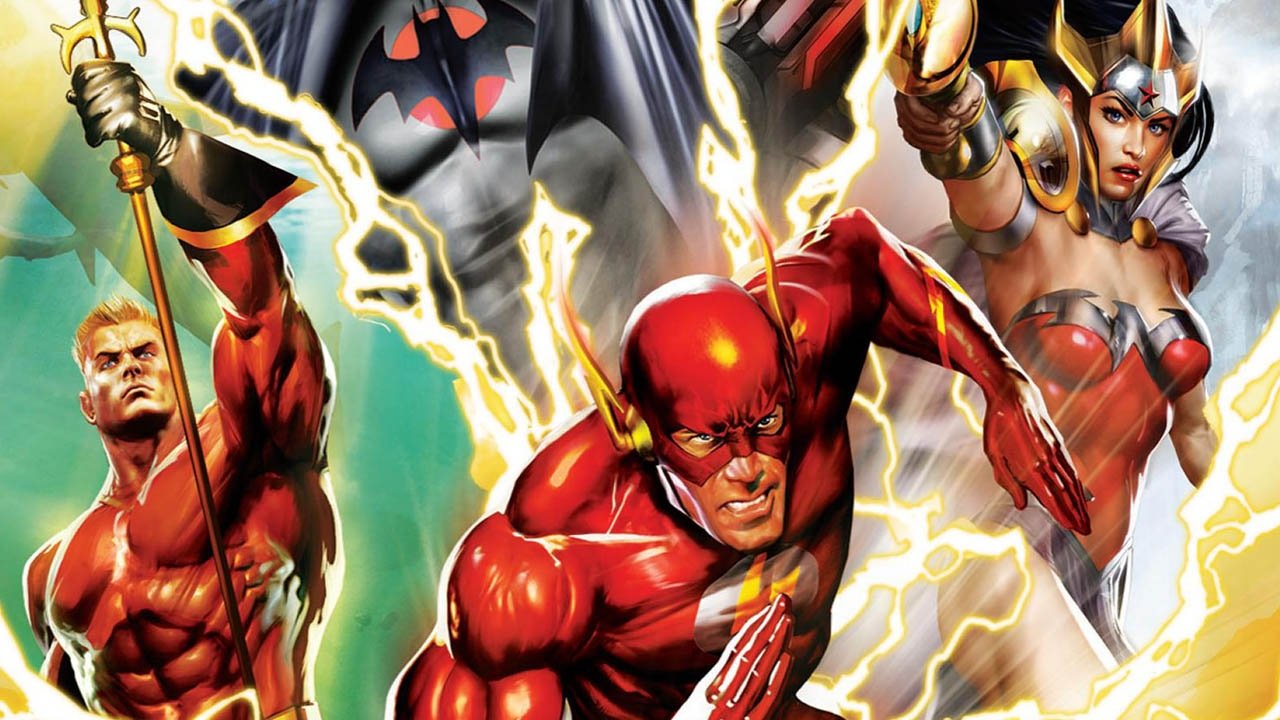 When Bruce Timm bid farewell to his position as top dog of the DCU animated features division with the masterful adaptation of The Dark Knight Returns, there was concern that might be the peak, and the beginning of the end for the excellent run of work made by the production team. Thankfully Justice League: The Flashpoint Paradox has come along to prove that is far from the case.

In fact, aside from that brilliant Frank Miller adaptation, The Flashpoint Paradox might be the finest DCU animated feature to date. Based on the popular Geoff Johns Flashpoint event that was used to usher in the New 52, the film is a dark, twisted, and violent mind bender that proves DC’s animated division just might be getting better at the whole “comic book movie” thing than their live action counterparts at Warner Brothers.

Despite having a Justice League header, this is very much a Flash story and a great one. In the Silver Age, The Flash was one of DC’s most popular creations. The era was defined by brain tingling sci-fi fantasy, and the Flash was just the character for the job. Though primarily known to most folks as “the superhero that runs really fast,” Flash’s powers were always taken further than that into the world of time travel and molecular manipulation. He’s a character practically custom made for out there sci-fi stories and The Flashpoint Paradox is most certainly that. The tale starts with the Flash (Justin Chambers) waking up in his office to discover his superpowers have left him. Initially unsure of what the f happened, Flash eventually works out that he’s in some sort of alternate timeline, and it’s not a pleasant place to be.

In this new topsy-turvy world, there isn’t even a Superman, and the classic DC heroes we know and love aren’t so heroic. Batman is a grieving Thomas Wayne (Kevin McKidd) who lost his son Bruce to an alleyway shooting on that fateful night and became a Dark Knight more than happy to use guns and kill to get his way. Cyborg (Michael B. Jordan… no not that one) is a hired hand of the government like Supes in Frank Miller’s epic. Much of the world is a post-apocalyptic, barren wasteland that Wonder Woman and Aquaman battle over in a global superhero war that has enlisted most of the DC heroes and villains as soldiers. It’s a dark, unforgiving place that Flash eventually realizes he was responsible for after retrieving his powers through painful homemade methods devised by Batman. A butterfly effect has occurred, and the Flash must use his speedy time-traveling ways to set things right.

The film sticks remarkably close to Geoff Johns’ initial Flashpoint run with a few of the surrounding books used to flesh out side characters. It’s the first time The Flash has been granted a DCU movie to call his own and the filmmakers make strong use of the character. They depict his speedy powers in thrilling ways that should be used as a model for whoever makes the inevitable live action Flash feature and have the emotional core for the story rooted in Barry Allen’s sweet character. Sure, it can be a little corny in the set up, but the finale packs a surprisingly tear-loosening emotional punch. That heart is also somewhat necessary to counter balance the darkness of the world. This is a vicious tale of super-powered psychopaths that features Wonder Woman decapitating opponents and Batman shooting down bad guys like it ain’t no thing. Director Jay Oliva helmed the tale after similar duties on The Dark Returns and delivers an even more violent and action-packed tale here. Clearly, DC noticed that their audience enjoyed the boundary pushing Frank Miller epic and have delivered a dark and adult comic book action spectacle here that could never get a PG-13 rating as a live action blockbuster. It’s an exciting step forward for these animated features since they are geared directly to comic book fans and could develop more of the adult superhero stories in the DC that Hollywood would never dare touch (please adapt Alan Moore’s Swamp Thing into an animated feature DC… PLEASE!).

Oliva is turning into a master of animated superhero action and creates some simply stunning Flash-centric set pieces unlike anything that’s been seen on screens before. He also fills the sidelines with additional DC cameos that weren’t even in the comics including the likes of Clayface and Deathstroke (plus he adds a very clever twist on who the Joker would be in this alternative universe that begs for a spinoff film). If DC is smart, they’ll lock Oliva into directing as many of these features as possible from here on out. The voice cast is once again stellar, with Justin Chambers providing a warm-hearted Flash, C. Thomas Howell matching him as the villainous Professor Zoom, and Scotsman Kevin McKidd making a strong case that he should become the new go-to voice actor for the cowl whenever Batman needs to be particularly dark. Throw in some predictably entertaining work from returning fan favorites like Kevin Conroy, Ron Perlman, and Nathan Fillion and you’ve got yourself a wonderful piece of fan service that should actually thrill the fans being served.

The Blu-ray release is quite nice with a stunning HD transfer and sound mix that pops off the screen and makes speakers bleed. Sure, the added definition can be unforgiving to some of the CGI employed, but cartoony CGI is perfectly acceptable in a cartoon for obvious reasons. The special features are pretty well all Flash-centric, starting with an entertaining 20-minute ode to Flash’s rogues gallery of villains led by Geoff Johns and other DC luminaries. It continues with a fascinating look at the history of time travel and scientific mind-trickery in Flash comics with academics and DC creators, and caps off a with a handful of Flash-centric episodes of the Justice League and Batman: Brave And The Bold animated series (which are all fun episodes, but feel jarringly silly when stacked up against the flick). There’s also an equally fascinating and droll audio commentary from director Jay Oliva, Geoff Johns, and screenwriter James Krieg that discusses everything you’d want to know about the film’s production and shows what a fun and fan-friendly group of collaborators are behind the scenes of these digital features. Finally, there’s a short teaser for the upcomingJustice League: War feature that brings things productions into the New 52 and given that it seems to involve the entire Flashpoint Paradox production team, can’t come out soon enough. This team only seems to be getting better at making these movies both technically and artistically. It’s even getting to the point that they are making better movies that the live action DC movie team and Warner Brothers really should consider bringing a few of these folks onboard as their DC cinematic universe starts to expand. When you’ve got a team this good making comic book movies, why not let them loose on a blockbuster? What’s the worst that could happen? They make a movie that appeals more to fans that the marketing department? Would that be so wrong?

When you’ve got a team this good making comic book movies, why not let them loose on a blockbuster? What’s the worst that could happen? They make a movie that appeals more to fans that the marketing department? Would that be so wrong? 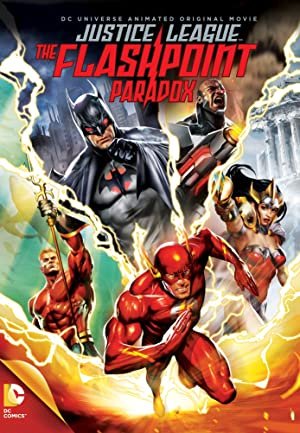