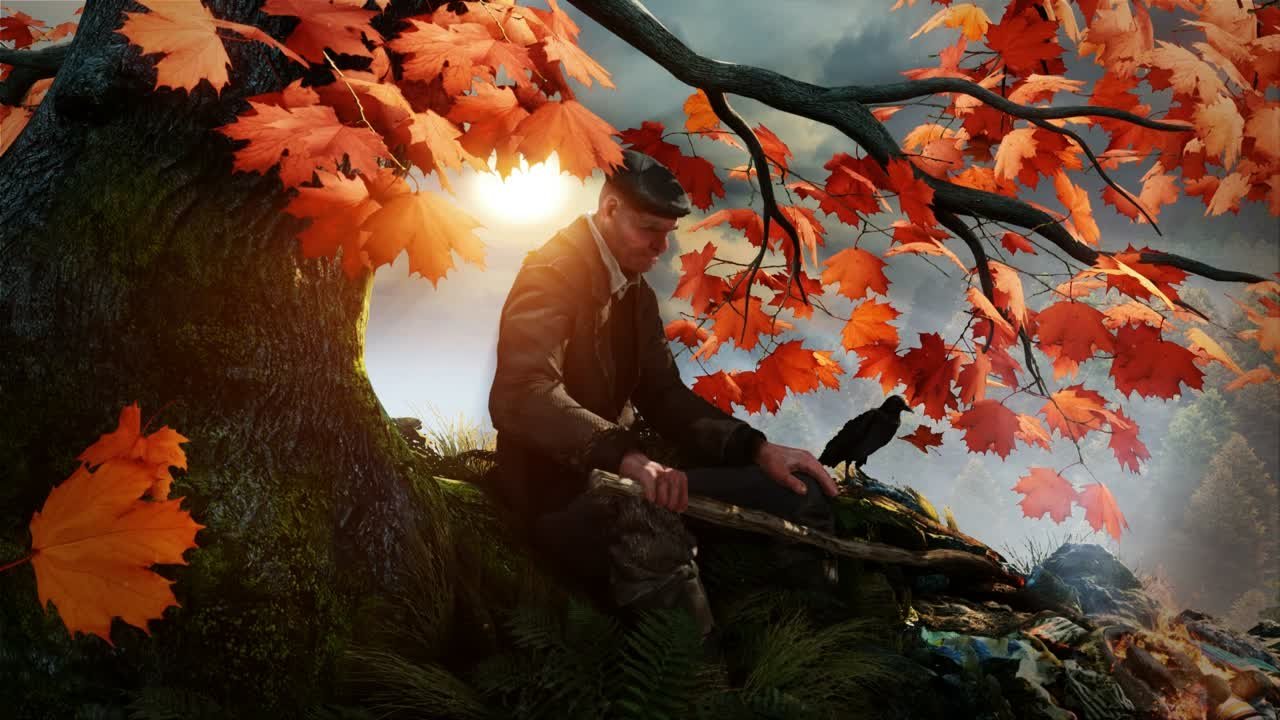 The Vanishing of Ethan Carter opens with a line of text telling players that the game they’re about to play is more concerned with providing a “narrative experience” than in holding their hand. This is a statement of intent that is as worrying as it is intriguing. On one hand, a game so upfront about its desire to emphasize its story over everything else hints at a level of pride in the quality of that story. On the other, it also arrogantly asks its audience to embrace whatever they’re about to get into on the developer’s terms—to trust that any confusion they might experience due to a lack of overt structure is intended as part of the experience. This involves a level of trust that developer The Astronauts doesn’t always earn.

Ethan Carter follows the (wonderfully named) Paul Prospero on his search for a young boy who has mysteriously disappeared. Prospero arrives at Red Creek Valley, the rural village where that boy—the game’s namesake, Ethan—and his family live, only to find evidence that a series of gruesome murders has taken place in and around the Carter’s abandoned home. The game’s setting is a stunning creation that immediately draws players into its world. Red Creek Valley’s dense forests, river-filled canyons, and Bavarian-styled mansions are rendered in exceptional detail. The impressive visuals are coupled with rich sound design and a haunting, plaintive soundtrack to create an absorbing (and eerie) atmosphere almost immediately upon taking control of Prospero. Though not a horror game in the traditional sense, Ethan Carter is filled with intriguing tension and the disquieting sense that things have gone horribly wrong.

As superb as the experience of simply exploring the game’s environments is, unravelling the plot’s mystery isn’t very enjoyable. The fundamental issue is in how Ethan Carter drip feeds new discoveries through its navigation-based puzzles. Red Creek Valley is a large place and the clues necessary to fill in the game’s back story can be located just about anywhere. Finding the entrance to a mine shaft or the rock that was used as a murder weapon may involve carefully scrubbing through the seemingly endless bushes of a forest with no ready landmarks to serve as reference points. Too often, figuring out how to progress the game—to keep the momentum that its story sometimes gathers—is a frustrating process that feels like searching out a needle from a haystack. It’s possible to miss sections entirely, only to be forced to seek them out as the plot nears its end and points out what the player missed along the way. In its effort to disguise the artificiality of its game’s setting, The Astronauts have made it far too difficult to engage with it at all. The studio may pride itself on avoiding holding the player’s hand, but the level design isn’t intuitive enough to make this a good thing.

Another issue is that the puzzles based around piecing together the background of the many murders Prospero encounters aren’t satisfying to solve. The reason why one character has killed another—and how they accomplished it—can be pretty easy to figure out once the player has found a few hints and examined the gristly aftermath of a killing. Just the same, it’s necessary to search out every (often very well-hidden) clue in order to trigger the cutscenes re-enacting the crime and, more importantly, fully explaining its motives.

The annoyances of poor puzzles and confusing environmental exploration are unfortunate—Ethan Carter’s story would be a lot easier to appreciate if presented in a different way. The Astronauts provide a solid premise with the game’s plot set-up and an engaging cast of characters in the Carter family, but any potential for sustained suspense is marred by the frequent downtime that aimlessly navigating Red Creek Valley’s expanse entails. Even though the story often entices with its unexpected plot revelations and surprisingly nuanced examination of family life, it also frequently staggers to a halt by refusing to help the player continue to engage with it. It all adds up to make for a profoundly frustrating experience: one that comes so close to being truly exceptional that the problems it suffers from become more irritating than they would be in a less ambitious game. The Vanishing of Ethan Carter is a shining example of how to create an enthralling atmosphere and a setting that begs to be explored. It’s just too bad that actually interacting with these elements of the game doesn’t live up to their potential.

The annoyances of poor puzzles and confusing environmental exploration are unfortunate—Ethan Carter’s story would be a lot easier to appreciate if presented in a different way.

File Under: PC, People Can Fly, The Vanishing of Ethan Carter