Who Exactly Is Destiny For? 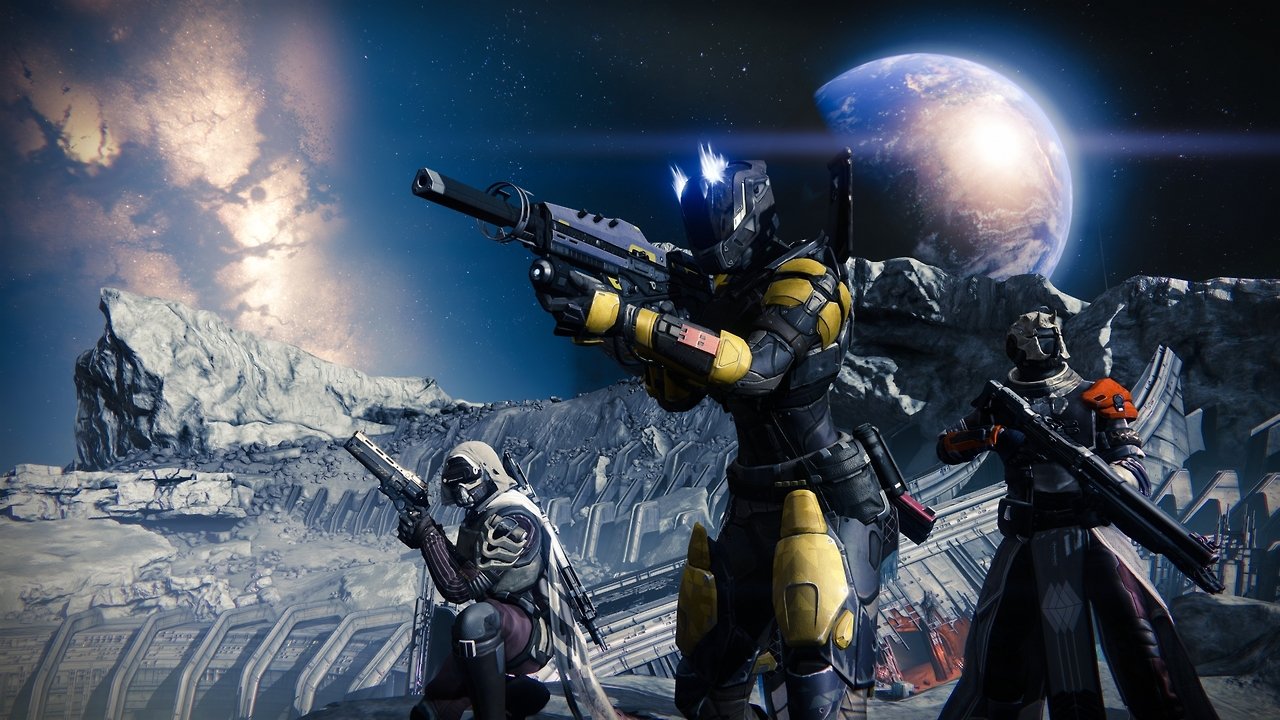 Over the last few months, Destiny has been garnering quite a bit of attention, both good and bad. One the good side, it’s received much praise for its shooting mechanics, and its end game raids, like the Vault of Glass, which are some of the best co-op shooting experiences in gaming today, ensuring that Activision is enjoying a nice, tidy profit with this new franchise. On the bad side, Bungie has shown an obvious, almost dangerous lack of experience in MMO design, or at least, the aspect of MMO design that asks questions like “How can we keep players coming back to play our game?” Bungie’s answer, so far, has been to have players repeat missions over and over again, and occasionally overhaul the in-game economy and items to make high value loot useless, or force players to make their items useless in order to start over again making them useful at new, higher power levels as new content with better stats are added.

But Bungie insists that Destiny isn’t an MMO. However, with its emphasis on co-op gameplay, it’s clearly not a traditional, single-player campaign, nor is it just a competitive multiplayer workout, like Call of Duty. So who is Bungie making this game for?

On paper, especially business paper with an eye for profit, the answer is “Everyone.” Call of Duty became the gigantic success it is today by being mainstream, making competitive multiplayer faster and more accessible to an audience that didn’t have time for intricate strategy and teamwork. As a result, everyone from the eight year old kid that shouldn’t have been playing to the fraternity brother that previously decried videogames as “nerd toys” suddenly got sucked into the COD phenomenon. The only real issue with COD is that it created a new “traditional” gaming demographic of white males between the ages of 15-30, which excluded millions of other potential customers.

Destiny, in some ways, tried to be an alternative. By incorporating cooperative strategy, RPG mechanics in both characters and gear, as well as including a competitive multiplayer aspect, all wrapped up in a science fiction setting, Destiny tried to appeal to anyone who DIDN’T fall into the stereotypical demographic that Call of Duty owned. The issue now however, is that these different audience segments are becoming increasingly fragmented and problematic to keep together within the game.

Solo players are the worst off. While the game can be played alone, it seems like this was more of a side activity for Destiny  regulars between raids and strikes. It’s true that the entire campaign can be finished solo, but the real “meat” of the game, the end game content like raids, is strictly multiplayer. So someone that buys this game and only plays through the campaign is missing out on a lot of the intended content.

However, even if you’re into multiplayer, there are still some problems. Those interested in PvP will have a small number of maps to choose from, and the competitive aspect is still not as comprehensive as Bungie in their glory days with the Halo series, so clearly, PvP is not the focus. If you actually do enjoy playing co-operatively with other people, Bungie has some pretty strict requirements. Strikes are smaller group activities in which players are able to randomly join with others in teams of three to take on smaller “mini-raid” content that can usually be finished in 30 minutes or less. However, the best chance to get the best loot—and in some cases the only chance—is in raids. These require a team of six, and, unlike strikes, you can’t simply select a raid from the menu and have a matchmaking service team you up with others. It requires that you deliberately team up with six people beforehand to play. Even end game activities like the Weekly Heroic Strike or Nightfall Strike—which again are the best chance for players to get high end gear—lack matchmaking. As a result independent websites such “DestinyLFG” have cropped up to try to alleviate the issue for people that don’t have six—or even two—regular friends to play with for this high end content. But it’s quite obvious what’s going on here. Bungie has, in no uncertain terms, said, “If you want to get the most out of this game, have a regular group.”

So while it seems like anyone can jump in and play a little bit, whether its PvP or the single player campaign, the main body of the game is for people with gamer friends. In other words, a similar demographic to the World of Warfcraft crowd. The question remains though, can Bungie succeed at this in the same way that Blizzard did? Blizzard managed to revolutionize the MMO genre with bold design choices that made it easier than ever for the mainstream to get into a previously impenetrable style of gaming. Bungie seems to have done the opposite, making it harder to get into their game with design choices that are unfriendly to all but a very specific style of gamer