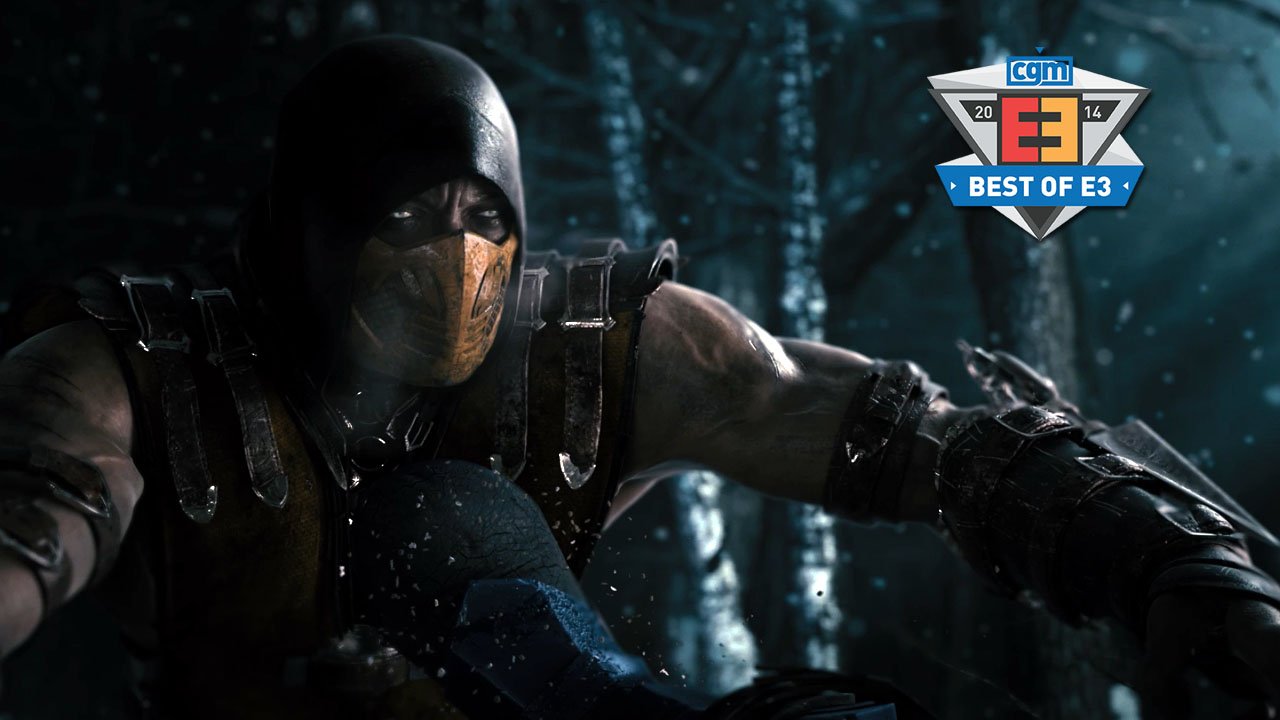 Another year and another E3 has passed with everyone excited about the latest and greatest in geek entertainment. This year, in comparison to last year at least, there was a renewed focus on games instead of consoles. It was refreshing as not one time did I hear an Xbox vs Playstation argument. There are indeed a lot of games to get hyped for on all platforms and here’s my top 3.

I know this isn’t the newest of new IPs seeing as it was announced last year but this E3 marked the first time the media was able to get their hands on it. Likely to be a on a lot of gamer’s lists as their most anticipated game, the demo quickly lived up to the high expectations being set upon it. Set in an alternate history London, The Order focuses on an ancient order of knights sworn to protect the citizens of the world from menacing half breed human/beasts.

At first glance you can’t help but notice the steampunk inspired setting, reminiscent of Dishonored perhaps, and the sheer amount of detail the developers at Ready at Dawn have pumped into the game. From the muted browns and grays of the city to the intricate pieces of weaponry everything screams quality. Even only getting a snippet of the game was enough to win me over.

Seamless transitioning from cut scenes to gameplay is something I enjoyed as well. I couldn’t even notice a difference when the camera panned out from a cut scene and it was time for me to go shooting. It’s just another step towards keeping players fully engaged in what they’re playing. Set for a February 20, 2015 release this is one game that I’m going to have a hard time waiting for.

Telltale Games are the undisputed masters of turning storytelling into an engaging, interactive experience. In some ways their products are hard to pin down as games. Apart from the odd quick time event, they don’t add up to much more than choosing a responses in conversations. Regardless, they are also responsible for some of the best times I’ve had in front of my console in a long time. Whether it’s The Walking Dead series or The Wolf Among Us I’ve agonized over my choices and fully embraced the signature Telltale experience.

This year we got our first real look at Tales from the Borderlands and not only does it still master that style we already know and love, it throws in some new twists. As always, they have extremely well fleshed out characters, but now they have that signature Borderlands attitude. The two main playable characters are Rhys, a Hyperion employee and Fiona, a Pandoran grifter. Essentially the game involves the two of them telling their sides of the same story and you as the player get to decide exactly how those tales play out. It’s like Akira Kurosawa went to Pandora and filmed Rashoman.

Everything about the game is unabashedly Borderlands inspired, from the art, to the humour, and everything in between. One of the best parts of the demo was calling down a loader bot to fight a battle for you while playing as Rhys. It was more than just a quick time event too, so it goes a long way in showing how Telltale is evolving their mechanics. Throw in the top notch casting with actors such as Sam Witwer and Patrick Warburton and this game has all the right parts to be a great experience.

Alright, to be fair the choices here are limited but there’s no denying that Mortal Kombat X was all anyone could talk about when it came to fighting games. Sure Ultra Street Fighter 4 had some buzz and season two of the resurrected Killer Instinct turned some heads but Mortal Kombat buzzed heads off bodies and that takes the cake.

A couple of familiar characters have been revealed; Scorpion and Sub-Zero, as well as a smattering of new ones. Running with the theme ‘The Next Generation of Mortal Kombat,’ we’re introduced to Cassie Cage, the daughter of Sonya Blade and Johnny Cage, and there’s now D’Vorah, Ferra/Tor and Kotal Kahn. Quite obviously there are a lot more characters to come and I’m interested to see just how many new generation fighters there are as Mortal Kombat tries to give itself a refresh.

No MK game would be complete without over the top violence and gory fatalities. Without a doubt that requirement can be checked off the list and then some. The new generation of consoles are both a blessing and a curse as shattering bones and gaping wounds look more painful than ever. I questioned my humanity a bit when I saw Scorpion rip out Sub-Zero’s beating heart before slicing his face off and all I felt was a sick blend of disgust and elation. Finish that off with the sound of Sub-Zero choking on his own tongue and you’ve got a grade-A fatality.

Sadly, there’s still a long time to wait for the next blood soaked installment of Mortal Kombat as the release date is set as sometime in 2015. I look forward to a lot more characters and fatalities being unveiled over the next months to help tide me over.