Celebrate Mother’s Day With Our Top Moms in Video Games

From Spotlight Characters to Guest Appearances, All Moms Cou 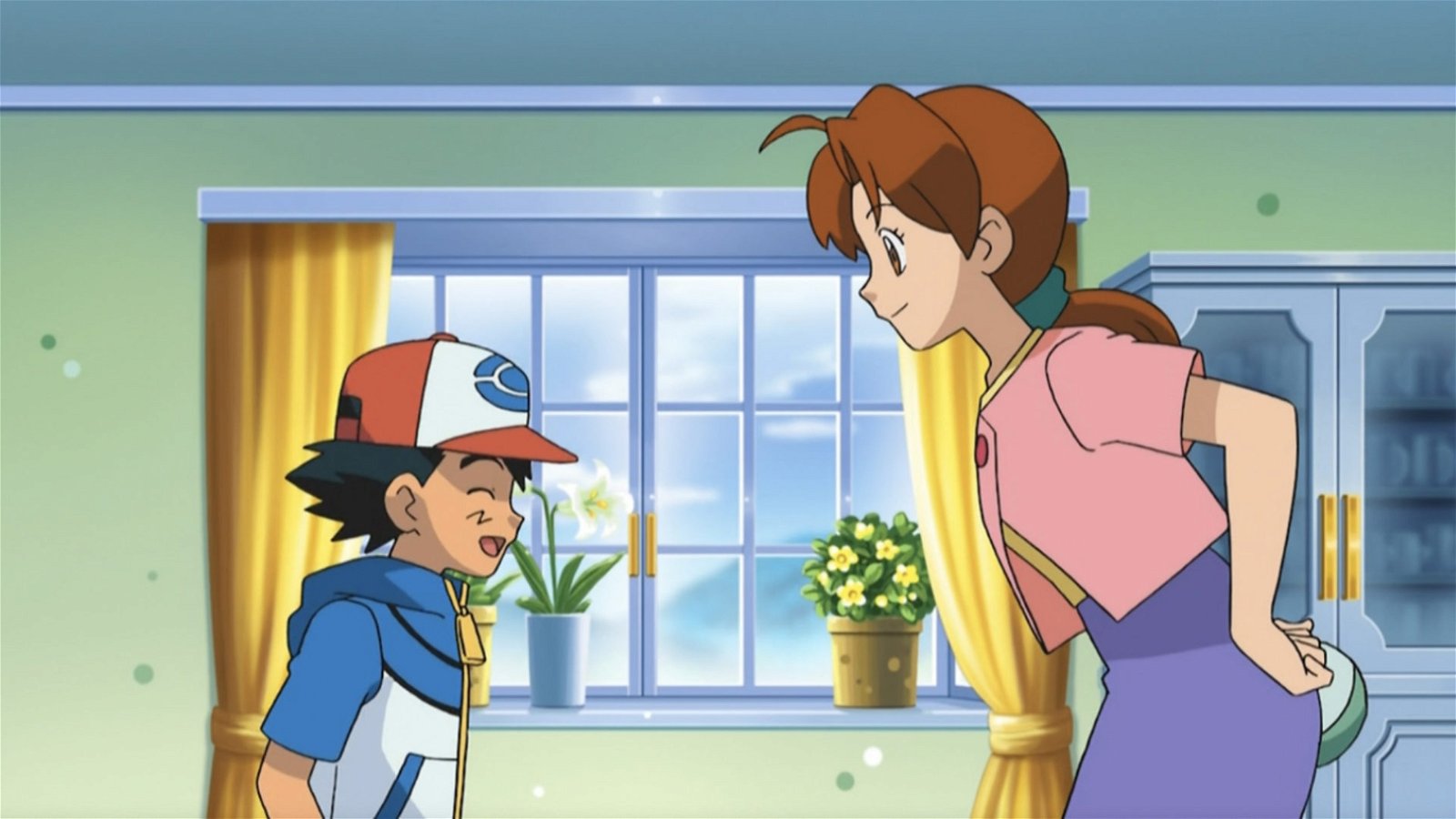 Moms aren’t usually the first thing that come to mind when we think about gaming-aside from when they’re telling us to shut them off. But when it comes down to it, there have been some really influential characters in games that we love who happen to hold the title of ‘Mom’. Traditional or otherwise, here are our top mom’s in gaming in no particular order for Mother’s Day!

Cooking Mama’s mom… right? I mean, her children are never really shown in any way, but she refers to herself as a mama. More to the point, she cooks hundreds of delicious dishes, so there’s probably a lineup of people wanting to be her kid. However, if you make a serious mistake while cooking, you will have failed Mama, enraging her in the process. Flames of disappointment and disgust erupt from Mama’s eyes. She quickly calms down though, and assures you “Don’t worry, Mama will fix it!”

“Egad! My baby!! Have you seen my baby??? She’s the most precious baby in the whole wide world. (They say she has my beak)…I just can´t remember where I left her. Let´s see…I stopped for herring and ice cubes, then I…oohh! I just don´t know!” – A quote from the extremely irresponsible Mother Penguin. As loving as she is clumsy, she misplaces her child in Super Mario 64, burdening Mario with the task of finding her baby while she hangs out in an ice pool. Worse yet, she’ll just stand there and watch if Mario decides to toss her baby off a cliff. Granted, she’ll be pretty furious if you do. Despite her ineptitude, Mother Penguin cares deeply for her unnamed-precious-baby penguin, and for that, she’s earned her spot on this list.

Okay, Wrinkly Kong isn’t Donkey Kong’s mother- she’s his grandmother. However, she’s earned her spot on this list because she’s a motherly figure to all the Kongs, even after passing away. That’s right: She’s there to offer grandmotherly advice, even in the afterlife. Talk about dedication! Earlier in her life, Wrinkly taught at the Kong Kollege, passing on her wealth of information to the younger generation of Kongs. Later on, she set up a refuge for her grandson and the rest of the Kongs called Wrinkly’s Save Cave. Quite the matriarch of the family, isn’t she?

Your mother in Animal Crossing—most recently Animal Crossing: New Horizons—never really makes an appearance, but she does send you the occasional letter. Mom’s letters usually contain a small anecdotal story about life at home before you moved away. These letters are normally reminiscent of memories she has with you, or some words of guidance, and sometimes they’re really hit home. Your Animal Crossing mom will also send gifts in the mail on your birthday, Toy Day, and New Year’s Day.  However, it is impossible to send any letters back to her, even on Mother’s Day. Instead, she will actually send you a gift. If that isn’t mom of the year material, I don’t know what is!

Miss Moxxi is a caring mother from Borderlands, albeit in her own Pandoran way. She’s extremely protective of her children, Scooter and Ellie, who both took after her passion for mechanics. She is often viewed as violent and sadistic, but when it comes to her children, she’s the complete opposite. Although she seems bent on making her daughter more elegant, it’s only to put an end to the constant ridicule from Pandora’s psychotic inhabitants. She babies her son on the other hand, who has admittedly murdered several people in her honour. Anyone living in the Wasteland would be lucky to have a mom like Moxxie.

Who wants you to be the very best, like no one ever was? Why, your mom of course! From being your financial manager in Pokémon Silver and Gold, to your running shoe supplier, mom is always there to nurture you and your Pokémon without notice. She will always be the one who see you off with a wave and some motherly love before you leave for your journey in every single game. In Pokémon Silver and Gold, if you visit your character’s mother from Pokémon Red and Blue, she will mention how she constantly worries about you, but is proud of all you’ve done. Mom follows you through your whole Pokémon journey, even makes an appearance in Pokémon Let’s Go, albeit briefly.

Ness’ mother has a unique function in EarthBound.  Whenever Ness visits his mother, she cooks his favourite meal and lets him stay over, fully recharging his health. But that’s not the interesting part: Ness’ relationship with his mother actually affects EarthBound’s gameplay. If Ness doesn’t call or visit his mom enough, he’ll start to miss her and become homesick. Soon, Ness’ longing for his mother distracts him enough to sometimes cause him to miss a turn in battle. The presence of Ness’ mom gives him the strength and courage needed to proceed in his journey. Without her, he becomes a mess in battle.

Kangaskhan is literally classified as the Parent Pokémon. She is a nurturing Pokémon that protects her young at all costs. She even sleeps standing up to avoid crushing her baby. If she senses a threat to her baby, Kangaskhan will violently attack until she knows her child is secure. Regardless of how badly injured she becomes in battle, the mother will not stop fighting until her baby is safe. Her efforts do not go unnoticed, as the child will boldly challenge any opponent to protect its mother. In fact, when Kangaskhan mega evolves, the baby will hop out of her pouch and fight alongside her, forming a nearly unstoppable duo that is commonly used by competitive Pokémon players. According to Kangaskhan’s Pokédex entry from the latest Pokémon games, Omega Ruby and Alpha Sapphire:

“If you come across a young Kangaskhan playing by itself, you must never disturb it or attempt to catch it. The baby Pokémon’s parent is sure to be in the area, and it will become violently enraged at you.”

Yeah, this is one mom that should not be messed with.

Queen Mikoto from Fire Emblem Fates has a whole lot on her plate. She has four stepchildren, an adoptive (err… maybe “stolen” is more accurate) daughter, and a child that was kidnapped by the neighbouring kingdom of Nohr. Couple that with being the ruler of a would-be peaceful kingdom on the brink of war, and you’ve got one busy mom. Mikoto is a kind and polite woman whose adoration for her people is matched only by their love for her. After her husband died at the hands of King Garon, the Nohrian king who stole her only biological child, Mikoto ruled Hoshido and raised her late husband’s four children without question.

Mikoto agonized over her lost child (you) in secret, while putting on a happy facade for her children and kingdom. When she is finally reunited with her child, you are hesitant to accept her as your mother, as one might be after being absent for so many years. This doesn’t hurt her though, and she doesn’t get angry with you – in fact, she is completely supportive, and chooses to love, you, her child from afar until you ready to accept her. Without spoiling anything, Queen Mikoto ensures the safety of her children at all costs.

Mia Winters is the loving mother of Rosaline Winters, wife to Ethan, and former handler of Eveline. She most recently appears in Resident Evil Village, and we see her doting over her young daughter while struggling with her marriage. Her child has been the focus and her relationship with Ethan has clearly taken a back seat. We get a small peak into this before chaos ensues and… the game just came out, so I’ll save you the spoilers. Mia fought through hell in Resident Evil 7 to come out on the other side and become the mother she is today, and for that, she deserves a place on this list.

Yennefer from The Witcher series is a powerful sorceress who wants nothing more than to become a mother, but suffers from infertility. She makes an attempt to catch a Djinn in hopes of wishing for fertility, but is unsuccessful and remains unable to bear children. This never stops her though, after being bound to Geralt she eventually becomes a mother figure to Ciri. Adoptive mothers are every bit as significant as biological ones and Yennefer proves this by trying to protect and rescue Ciri at every turn, and that’s what puts her on this list.

Now you know that mom’s have a rightful place in the video games we love. They can be tough, they can be nurturing, maybe even a little absent-minded, but gaming moms have been around for years and I’m sure there are more to come.

From everyone at CGM, Happy Mother’s Day!