Sloclap and Devolver Digital has announced a release date for their upcoming online melee game, Absolver. Gamers itching to fight will be able to play Absolvers when it launches on PlayStation 4 and PC on Aug. 29, 2017.

To celebrate this news, the team dropped a new trailer, showing off some of the game. After arriving in the Adal Empire, the player takes on the role of a Prospect, a person who vowed to join the elite group of fighters known as Absolvers.  The player is then introduced to the game’s intimate one to one melee brawling mechanics that focus on familiarizing the player with three distinct fighting styles. The three main core styles detailed in the trailer include: ‘Kahit’, ‘Forsaken’ and ‘Windfall’ with the ability to mix and match styles as the game unfolds, allowing the player to build a deck of powerful moves. 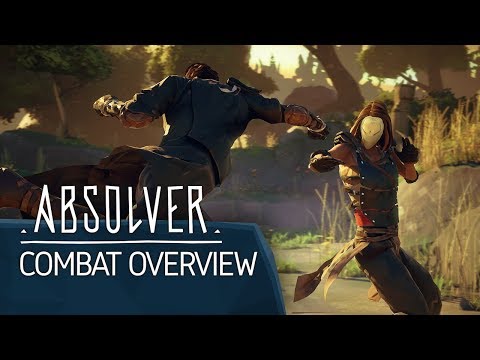 In Absolver, the ‘Kahit’ fighting style focuses on more of a defensive approach that allows the player to absorb hits without succumbing to stuns or staggers with the addition of being able to regain health after each successful counter attack.  ‘Forsaken’ style is more of a balanced and power oriented way of fighting which grants the player the ability to parry and briefly stun their opponents during fights. Finally, the ‘Windfall’ style endows the player with higher dexterity, allowing the player to dodge with grace and counter their enemies when they are exposed.

The player is given a combat deck, which acts as an inventory of attacks which consists of four stances, with each stance containing unique fighting abilities. The combat deck is fully customizable, as the player gains experience they will be able to modify and change styles on the fly, making each encounter feel fresh and engaging. Through fighting other opponents and even finding in-game mentors, players will be able to learn new moves and styles to add to their combat decks.