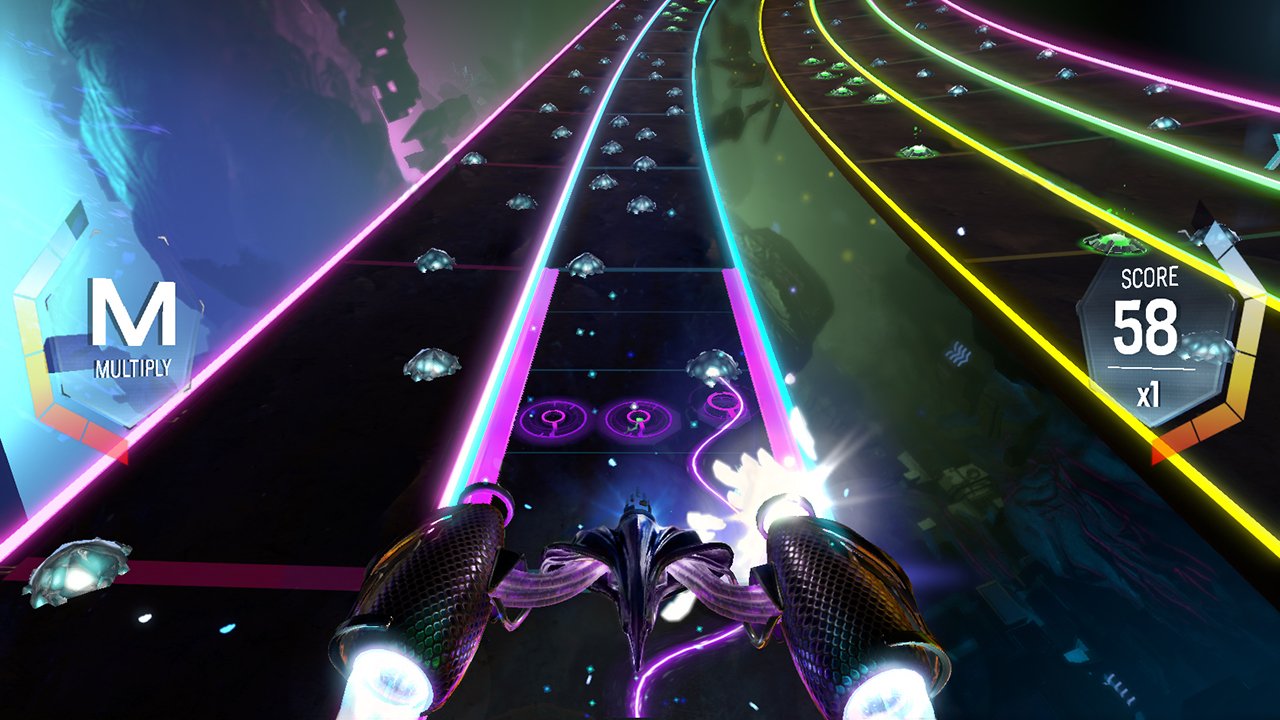 For everyone that loves Harmonix and knows how the company started, Amplitude hitting the PS4 is is exciting. Well, it seems like you won’t have long to wait. Harmonix announced on twitter today that Amplitude will launch on PS4 on January 5th.

Amplitude is the game that helped get Harmonix on it’s feet. Taking your ship and jumping along the up to six musical lanes, all representing a different instrument. Back on the PS2 it was a new take on the music genre and helped form the basis for what eventually became Rock Band.

Not only did Harmonix announce a release date for the game, they also released the full track list and a new trailer. Amplitude will be launching exclusively on the PlayStation store for $19.99.

The entire Amplitude soundtrack is as follows: