Much like there is seemingly no end to Hello Game’s No Man’s Sky, there seems to be no end to the controversy surrounding the game. Whether you love it or hate it, there’s no denying that the game was sold on misinformation and a mountain of hype so large there was virtually no scaling it.

Because of this, No Man’s Sky recently became the focus of the Advertising Standards Authority, who recently confirmed to Eurogamer that they are launching an investigation into the game after receiving several complaints about its marketing.

The investigation supposedly revolves around No Man’s Sky’s Steam page which still displays images and descriptions that misrepresent the game. The initial trailer that appears on the page is the game’s E3 2014 gameplay trailer, and even the text description for the game still includes things like:

“Will you be a fighter, preying on the weak and taking their riches, or taking out pirates for their bounties? Power is yours if you upgrade your ship for speed and weaponry. Or a trader? Find rich resources on forgotten worlds and exploit them for the highest price,”

Or, “Trade convoys travel between stars, factions vie for territory, pirates hunt the unwary, and the police are ever watching. Every other player lives in the same galaxy, and you can choose to share your discoveries with them on a map that spans known space. Perhaps you will see the results of their actions as well as your own…” 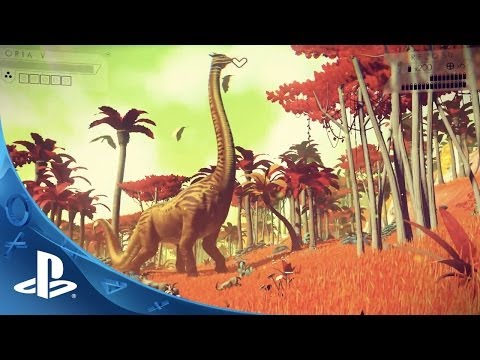 The ASA has the power to remove advertisements it believes infringe on it’s code of conduct. If an advertiser refuses to comply with an ASA ruling, it can impose sanctions, such as asking internet search websites to remove a marketer’s paid-for search ads.

Frankly, I am one of the few people who still genuinely enjoys No Man’s Sky as sort-of a very chill, not-game, however, there is a substantial amount of evidence that shows both Sean Murray and Hello Games let the hype of their own games get to their heads.

Transparency and communication is something they’ve really needed to focus on with the game’s poor reception, and that should have started with better representing what the game turned out to be. While they’ve been doing an OK job patching the game (although water physics still totally sucks guys), with the promise of actual content coming soon, Hello has still been mostly silent despite hiring a supposedly large QA team last month.

As someone who is still cautiously optimistic for the open-space exploration game, with the promise of actual content coming down the line, I only hope Hello Games has learned the difference between showing a game and actually making a game.