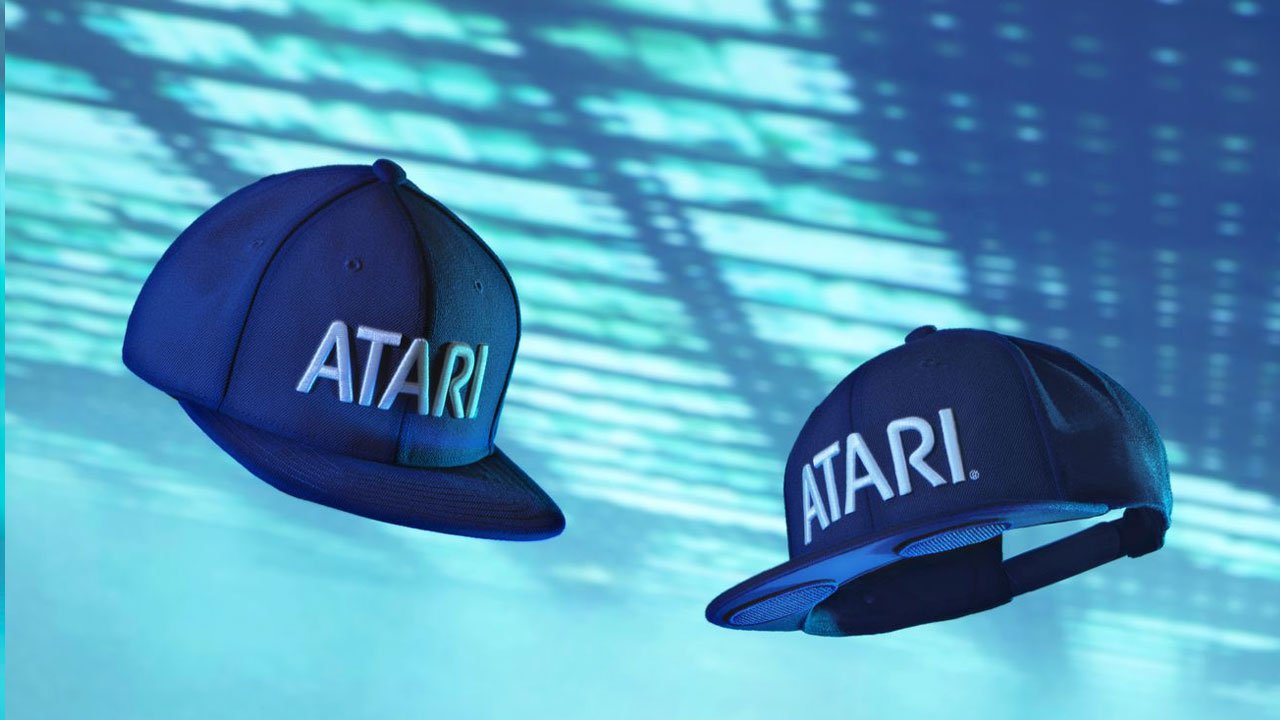 Atari, the renowned games company, has for some reason announced that they will be releasing Atari branded hats with built-in, Bluetooth enabled speakers.

The long running games company has innovated in the space of videogames since their inception all the back in 1972. Atari now aims to possibly innovate in other markets with the announcement of the Speakerhat, a traditional looking Baseball style hat, with the added functionality of a set of Bluetooth speakers.

The upcoming Bluetooth enabled hats don the word Atari in a big, bold white typeface, offset by a nice contrasting dark navy blue, but without a doubt, the real draw of the product goes to the two recessed circular speakers that seem to be tucked away under the lip of the hat. The hidden speakers seem fairly large which indicates that the hats will most likely be capable of producing some decent sound.

Atari promises that the upcoming Speakerhat will eventually let consumers connect to other hats and listen in on the same stream, providing users with a unique alternative to having to share earbuds or headphones.

Those interested in Atari’s Bluetooth powered speaker hats will have to wait a little while longer, as Atari has not announced a release date for the upcoming product, the games company did, however, announce that those interested in the Speakerhat could enter for a chance to win the privilege of Beta testing the hat-speaker hybrid. It should be noted that only 10 people will be chosen to partake in the Beta testing.

The announcement of the Speakerhat has come on the heels of the just announced Ataribox, a retro inspired HDMI powered console by Atari. It is interesting to see a resurgence in hardware manufacturing from a games company that has traditionally stuck to software for a little over two decades, with Atari’s last console being the Atari Jaguar, which released in 1993, with a follow-up CD attachment which released in 1995.