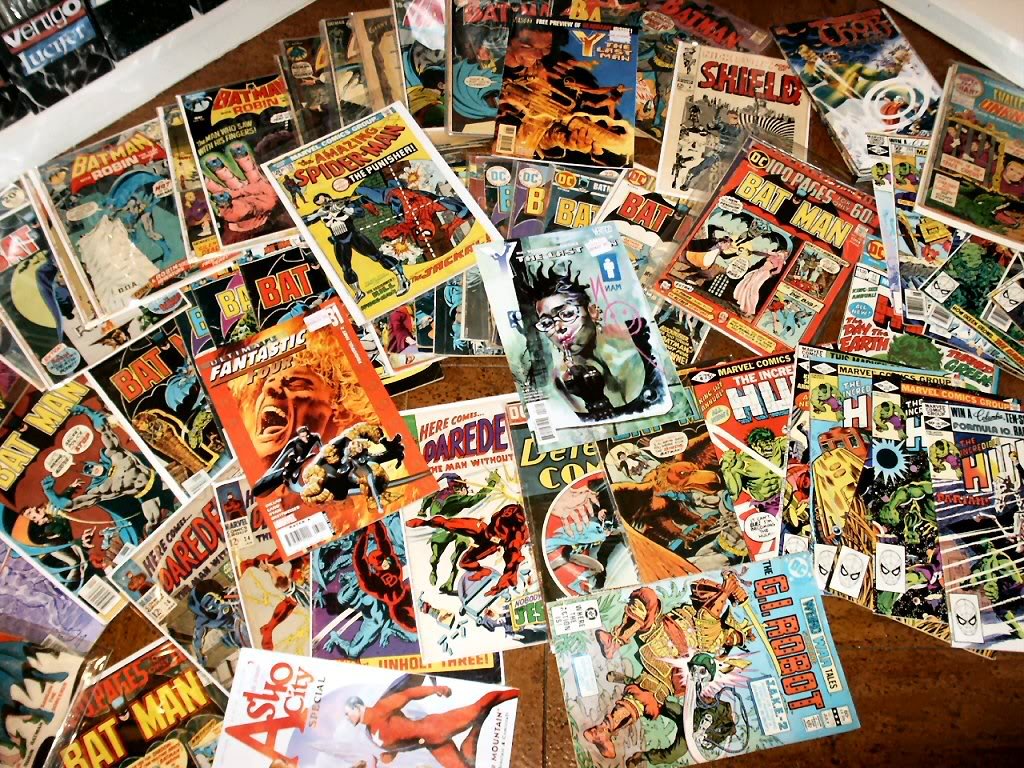 Hey everyone, we here at CG Magazine are going to be trying something a little different this week. We thought it would be fun to pick a couple of comics coming out today that we’re excited for and share them incase anyone else might be interested in picking them up. Hopefully it will help those of you who might be looking for something to pick up.

The second arc of Zero Year has ended, but it isn’t over yet.  Taking place a few months after Batman #29 sees the result of the shocking finale to The Riddler’s plan. As the Savage City arc starts it will provide a great jumping on point for new readers while moving forward to fans already onboard.

Ever since Otto Dr. Octopus Octavious “killed” Peter Parker and replaced his consciousness with  his own, he’s been trying to prove that he’s been the Superior Spider-Man and a better man than Peter Parker ever was. The Green Goblin has proved him wrong. Taking total control of New York and causing mass anarchy, he has brought down everything Otto has worked to achieve. After the shocking ending to Superior Spider-Man #30, see how the real Peter Parker will deal with Otto’s failure as Spider-Man, as well as Peter Parker. The series will return as The Amazing Spider-Man at the end of this month.

Taking place after last month’s Indestructible Hulk finale, this title picks up with Bruce Banner nearly dead. Now the Hulk is on a rampage to find out who tried to assassinate Bruce. Will Dr. Banner survive? With Mark Waid writing the series, anything can happen.

Deadpool vs Carnage #2
By: Cullen Bunn and Salvador Espin

It’s part two of Marvel’s two craziest red suited, murdering, psychopaths battling each other. After Carnage was narrowly saved by a friend from Deadpool in the last issue, the two finally start to battle it out in one of the craziest Marvel titles out available.

The critically acclaimed new Ms. Marvel series continues onto it’s third issue. After saving a woman from drowning ,gaining superpowers and getting grounded in the last issue, Kamala Kahn’s life is getting stranger by the day. What gave her the power to shapeshift? How will she use her powers? What will she do if she can’t hangout with her friends?