Your long-held dream of owning your own Ghost companion is becoming a reality. Sort of.  Activision and Amazon have announced a new Alexa Skill that allows you to issue voice commands to Destiny 2, along with a Ghost replica speaker.

So what exactly does this do for Destiny 2 players? Shouting voice commands at your little Alexa device will normally allow you to ask it to play music, order pizza, set up a timer, and other typical tasks. With the new Ghost skill, players can ask Alexa to interact directly with Destiny 2, whether that be transferring weapons or just asking about the many intricacies of the Destiny universe.

Take for example one of your loadouts. Did your current setup work really well with that last strike mission? Ask Alexa to save it for you. Whenever you want to pull out that exact loadout, just let Alexa know and it’ll pop right up. This also works for specific weapons. Ask for your most powerful rocket launcher or the weapon with the best solar damage to get it without ever having to step into a menu. 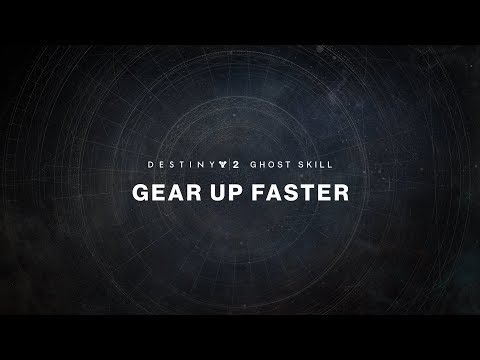 The Ghost skill can also be used for the social side of Destiny 2. Ask Alexa to check who is online and to send messages to anyone you want to play with. Clan levels and rewards are a few of the other things you can ask about.

If the Ghost skill is not enough, Amazon is also releasing a Ghost replica speaker. The speaker syncs with your Alexa devices and lets your Ghost’s voice output from the replica. It’s a limited-edition item and it won’t be available until next month.

The Ghost Skill for Amazon Alexa is available as a free download right now, but you’ll need a copy of Destiny 2 and of course, an Alexa device. The Ghost replica speaker is set at a $89.99 USD price tag and will be released on December 19.