Today’s Nintendo Direct brought with it a slew of new game announcements, including the long-awaited Animal Crossing for Nintendo Switch.

While no gameplay was shown for Animal Crossing, Nintendo did reveal that the new adventure will be coming out at some point in 2019. They also announced that series’ staple, Isabelle, will be in the upcoming Super Smash Bros. Ultimate game, and showed off a brand new Smash Bros. Switch bundle.

Luigi’s Mansion 3 will also be making its way to Nintendo Switch next year, although similarly to Animal Crossing, little is known about the game other than its release window. On the more substantial side, Nintendo announced that New Super Marios Bros. U Deluxe is coming to Nintendo Switch on January 11, 2019. The game will include the regular Super Mario Bros. U and Super Luigi U experiences along with online multiplayer.

That multiplayer will be powered by Nintendo Switch Online, which finally got a full overview, alongside an official September 18th launch date. The service includes online play, classic NES games, cloud saves, and special, member-only offers. While Nintendo didn’t announce what games will be available at launch, they did mention that the NES game catalogue will be a continually expanding one and that certain games will utilize phone enabled voice chat. The pricing for the online service is $3.99/month, $7.99/three months and $19.99/year.

Tabletop games were well represented in the Direct thanks to Asmodee Digital, as the company announced Switch ports of Carcassonne, Lord of The Rings: Living Card Game, Pandemic as well as future ports of fan favourite games Catan and Munchkin.

And speaking of well represented, Square Enix announced eight titles that they are bringing to Nintendo Switch, including Final Fantasy VII. It’s not clear whether the game will be a remaster, in the same vein as the upcoming PlayStation 4 version, or if it will be a straight port, but Nintendo said that more information will be revealed in 2019.

On the update side, Shy Guy, Koopa Troopa and Petey Piranha will be joining the growing list of playable characters in Mario Tennis Aces, thanks to a free update coming on September 19th. The update also brings with it a new Co-op challenge mode that will let players unlock new skins for their favourite players, as well as unlock new characters.

Lastly, the direct also featured some Nintendo 3Ds news, highlighted by a remake of the Wii game Kirby’s Epic Yarn, which is set to release in 2019. The Mario and Luigi Bowser’s Inside Story remake will also be coming out in early 2019, and the Luigi’s Mansion remake for 3Ds will be arriving this year on October 12th. 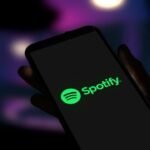