The vision of a platformer “rare-vival” is becoming much more clear, and now, we get our first real look at what we’ll get to play come 2017.

Playtonic Games and Team 17 released today on YouTube and their website the first official trailer for Yooka-Laylee as well as a press release announcing a Q1 2017 release date. Sporting fun, Banjo-Kazooie-esque visuals and music, the game will be showcased for the first time during E3 2016. 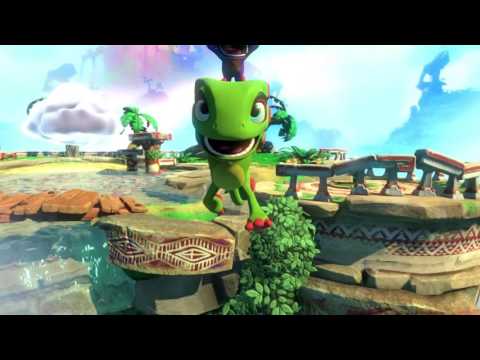 “After a lot of soul searching and knowing through dialogue with our fans that they value quality and polish above all, we’ve made the difficult decision to lock the release of Yooka-Laylee to Q1 2017,” said Gavin Price, Creative Director and MD of Playtonic Games. The trailer itself also pokes fun at this, and continues to show the positive tongue-in-cheek attitude that Playtonic Games has made themselves known for.

Yooka-Layee will be released on consoles and PC. A Kickstarter backer exclusive demo will be available in July.