Developed by Cliff Bleszinski’s studio, Boss Key Productions, LawBreakers is surely an anticipated title. Now, fans who’ve been waiting to get their hands on the upcoming shooter can as Boss Key Productions have announced the game’s first closed beta test.

Running on Steam from March 16, 2017 to March 19, 2017, attendees of PAX East will get a first look at the new content added to LawBreakers.  Along with this news, Cliff Bleszinski and Rohan Rivas gave a studio update on YouTube. In the video they tease new content and also announced a panel at PAX East on March 10 at 9 p.m. EST.

“We had our Alpha way back in the summer,” said Bleszinski in the YouTube video, “We got a lot of feedback from everybody…now it’s coming into Beta… it’s going to coming online shortly after PAX.” 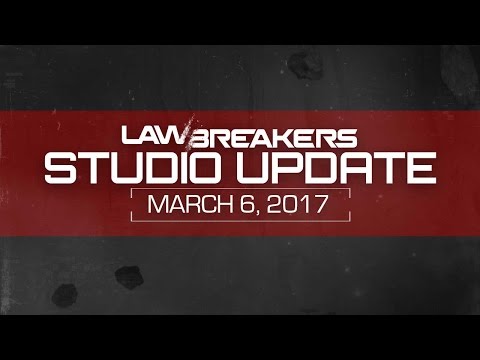 CGM covered LawBreakers in April last year. Our Editor in Chief Brendan Frye got his hands on the title saying “[Boss Key Productions] have built a game that is truly fun to play. From the few sessions I participated in during the event, I felt as if this is a game I could sink hours into it mastering. With so many ways for players to chain together the skills and abilities presented to them, Lawbreakers is a game that I wish I had back when I had more time to actually to sit down and play games.”

LawBreakers is the first title from Bleszinski since his 2012 departure from Epic Games, where he served as a driving force behind the Gears of War Franchise.  Aside from Gears of War, Bleszinski worked on such Epic titles like Jazz Jackrabbit and Unreal Tournament.  He worked with the studio for 20 years before his departure. He left Epic Games stating the need for a break.