Ninja Theory, the studio behind DmC: Devil May Cry and Heavily Sword have a new game in development. Like many of the past console experiences, Hellblade will take the player through a 3rd person action adventure, only this time there is a twist. Not settling for a simple story, the team at Ninja Theory are taking a slant on the genre. The protagonist, Senua, is not going through a literal hell, but rather one of her own mind. After she is traumatized by a Viking invasion, she must try to escape the hellscape of her own mind to find the sanity that has been stolen from her.

Ninja Theory seem to be taking the subject matter seriously. Working with psychiatrists and professionals in the mental health field they are trying to tackle the subject with care and compassion.

The game is currently slated for a 2016 release for the PC and the PS4. 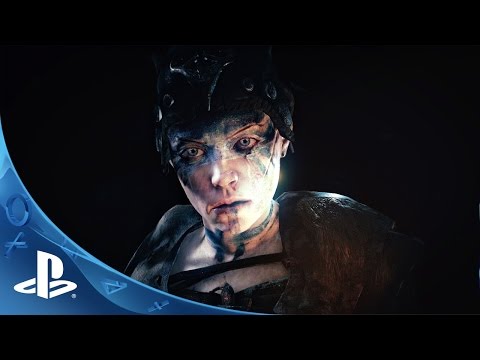 Read the full release along with more details about the process below:

Ninja Theory, a Cambridge, UK based independent games developer, announced today that mental health and psychosis are the key themes explored in Hellblade. Inspired by historical events, Hellblade tells the story of Senua, a Celtic warrior who is left traumatised by a Viking invasion. This third person action game, being developed for PlayStation 4 and PC, will follow Senua’s journey into a vision of hell that is the manifestation of her own mental illness.

In order to ensure a sensitive and accurate portrayal of the subject, Ninja Theory has been working closely with Psychiatrist and Professor of Health and Neuroscience from the University of Cambridge, Paul Fletcher, as well as arranging to consult with people who have experience of mental health difficulties.

Paul Fletcher said: “True understanding of mental health is not simply about books, lectures or verbal descriptions but from deeper engagement on all levels. Working with Ninja Theory has shown me the potential that gaming has for sharing in a character’s experiences and engendering empathy in ways that go well beyond those offered by simple academic descriptions. Maybe this approach will contribute powerful new ways of challenging stigma.”

Hellblade is being developed by a small team of 15 people under a development model Ninja Theory call Independent AAA. This approach sees the game being created with all the creative freedom of ‘indie’ development, but with the production values of AAA blockbuster games.

Tameem Antoniades, Chief Creative Director at Ninja Theory, said: “In Hellblade we are pursuing creative independence in order to explore a compelling subject matter and gaming experience that would not be possible under the current retail model. In movie terms, this would be a quality independent film, not a Hollywood blockbuster. Digital self-publishing means that we can offer a smaller, but high quality game at around half the price of retail games.”

The project is supported by the Wellcome Trust, a global charitable foundation which aims to build a greater public understanding of science, and in particular health.

Iain Dodgeon, Creative Partnerships Manager at the Wellcome Trust, added: “More and more, games have an exciting and innovative role to play in giving us new perspectives on health and mental health challenges. Rather than being a didactic game teaching us about psychosis, Hellblade allows us to explore it through the creation of a compelling and complex character, and the world that she inhabits.

Hellblade will be available in 2016.[/quote_box_center]