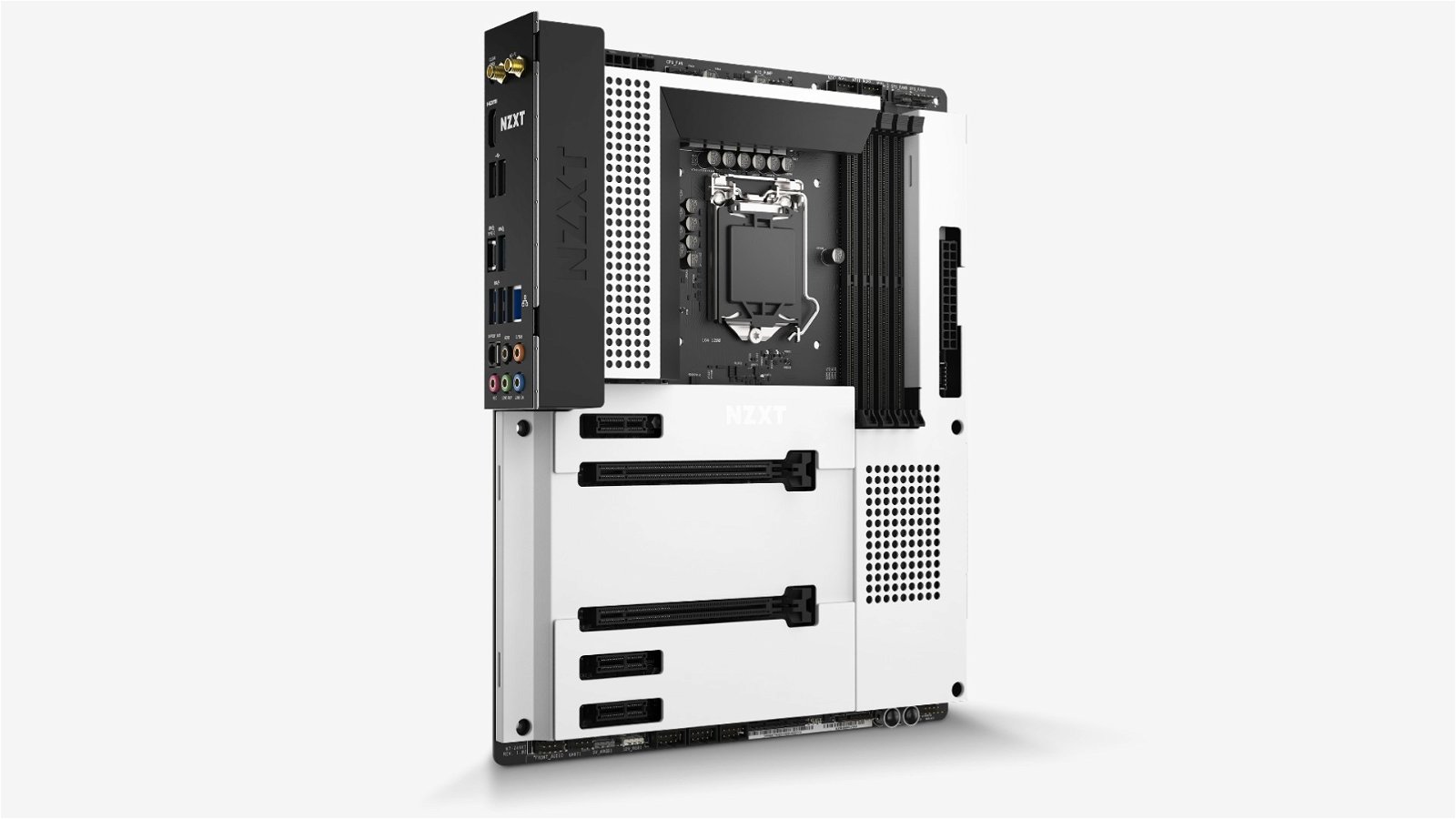 NZXT has officially announced the release of its upcoming Intel-based AX motherboard, the N7 Z590 which is currently available.

NZXT claims its latest motherboard will include the features and seamless aesthetic that PC builders will appreciate. The N7 Z590 motherboard offers a sleek design and simplified building experience which offers Intel’s newest chipset.

NZXT’s newest motherboard is designed with Intel Z590 Express Chipset and supports Intel’s 11th generation Rocket Lake CPUs which include i9, i7, i5, and i3 core processors. The N7 Z590 motherboard also supports memory overclocking speeds of up to 4600 MHz and Intel XMP 2.0.

This motherboard also includes PCIe gen 4, 8-channel high-definition audio, two M.2 connectors and the latest wireless connectivity standards which include Wi-Fi 6e and Bluetooth V5.1. Some of the motherboard’s key features include its RGB and fan controller which allow intuitive control over the four RGB lighting channels and seven fan channels through CAM.

The new hardware’s metal colour comes in two variations including white or black for a “seamless look that blends into the background of any NZXT H Series case for a clean aesthetic”.

The inspiration behind adding a rear I/O to the motherboard came from community feedback. That’s not the only inspiration addition, as the motherboard also includes improved thermal performance plus more power phases and layers added to the printed circuit board.

NZXT was founded back in 2004 and today is recognized as a leading PC designer of computer hardware, cases, software, and services for the PC gaming community. If you don’t want to go through the complexity of building your own gaming PC, NZXT offers a PC building service where you select the parts you want, they build it and ship it directly to you.

The NZXT N7 Z590 Motherboard is currently available as a standalone purchase for $279.99 USD on the company’s online store.